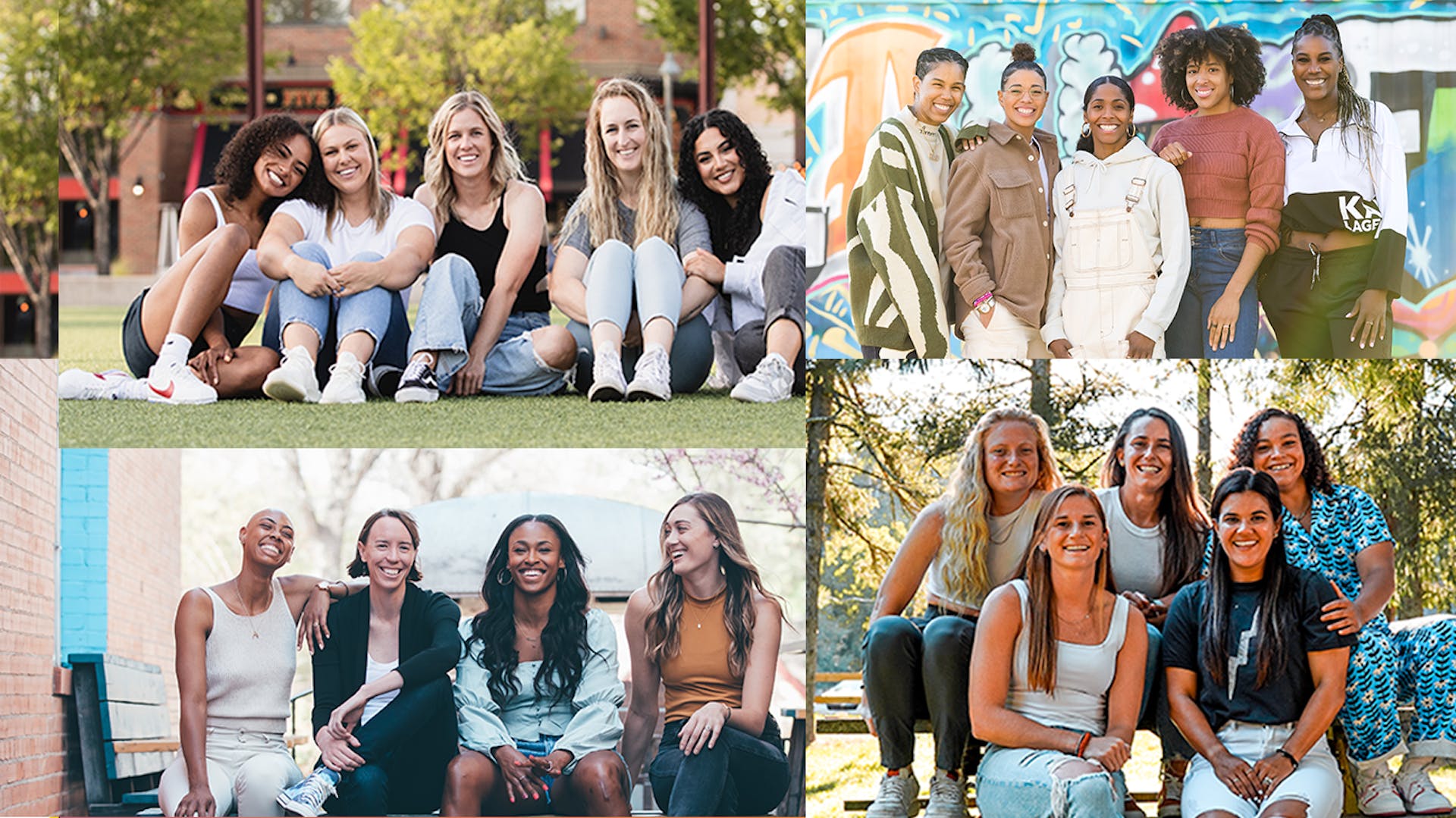 The Player Executive Committees (PEC) are a cornerstone of Athletes Unlimited since its inception, guiding league decisions and the path to success.

This year saw the end of terms for members of the Basketball, Volleyball, Softball and Lacrosse PECs who shaped their sports throughout their inaugural and subsequent seasons. Now, they welcome new additions to the five-member committees that oversee their sport. Victoria Hayward is the first athlete to ever sign with Athletes Unlimited and the first-ever PEC Chairperson. She completes her term after guiding the original PEC with leadership that set the tone for PECs to come.

Jazmyn Jackson also stepped down from the Softball PEC after serving three years. Jackson is still a member of the Intersectional Equity Working Group that collaborates across the four sports.

Hayward and Jackson’s roles are filled by Sis Bates and Andrea Filler.

Bates has competed in Athletes Unlimited Softball for two years, joining the league after her collegiate career at Washington ended in 2021. Filler was a newcomer to the league in 2022, competing internationally and for Team Italy at the 2020 Tokyo Olympics. She is a graduate of the Northwestern Softball program.

Sam Fischer is now the chair of the Softball PEC.

This season, Amber McKenzie announced her retirement from Lacrosse as a professional athlete. McKenzie served as the co-chairperson alongside Mira Shane for the past two seasons, helping Lacrosse launch as the third Athletes Unlimited sport. Shane will now be the chairperson of the PEC and is also a member of the International Equity Working Group.

Elected to replace McKenzie is Lauren Gilbert, who competed in her first professional season with Athletes Unlimited in 2022. Gilbert is a five-year letter-winner for the Northwestern Wildcats where she was an All-American attacker, and was drafted by Athletes Unlimited during the 2022 Lacrosse College Draft. There are several new additions to the Volleyball Player Executive Committee for the upcoming year. Taylor Bruns Tegenrot, Alisha Glass Childress and Erin Fairs have joined.

Childress came out of retirement to compete with Athletes Unlimited in 2022. The former national team member took a five-year break from volleyball after winning a bronze medal at the 2016 Rio Olympics in order to start a family. Bruns Tegnrot and Fairs have been on the roster since the inaugural season. Both joined Athletes Unlimited after successful careers playing overseas.

These three athletes replace Taylor Morgan and Cassidy Lichtman on the Volleyball PEC. Morgan completed her two-year term and Lichtman has transitioned from an athlete to the Director of Sports for Athletes Unlimited Volleyball. They also filled an open position as the group only had four members throughout last year.

Molly McCage is now the chair of the Volleyball PEC. Lexie Brown and Kirby Burkholder begin their PEC terms ahead of the 2023 Basketball season.

With the upcoming Athletes Unlimited Basketball season, it was imperative for the sport to elect two members to their PEC. Lexie Brown and Kirby Burkholder will now serve alongside Natasha Cloud, Ty Young, and Sydney Colson, who is the chairperson.

Brown has five years in the WNBA under her belt, most recently as a guard on the Los Angeles Sparks. During the offseason, Burkholder represented Athletes Unlimited at the USA Basketball 3X Nationals competition in Springfield, Massachusetts. Tianna Hawkins and Jantel Lavender have both stepped down from their roles.

Everything you need to know about the Athletes Unlimited Softball season