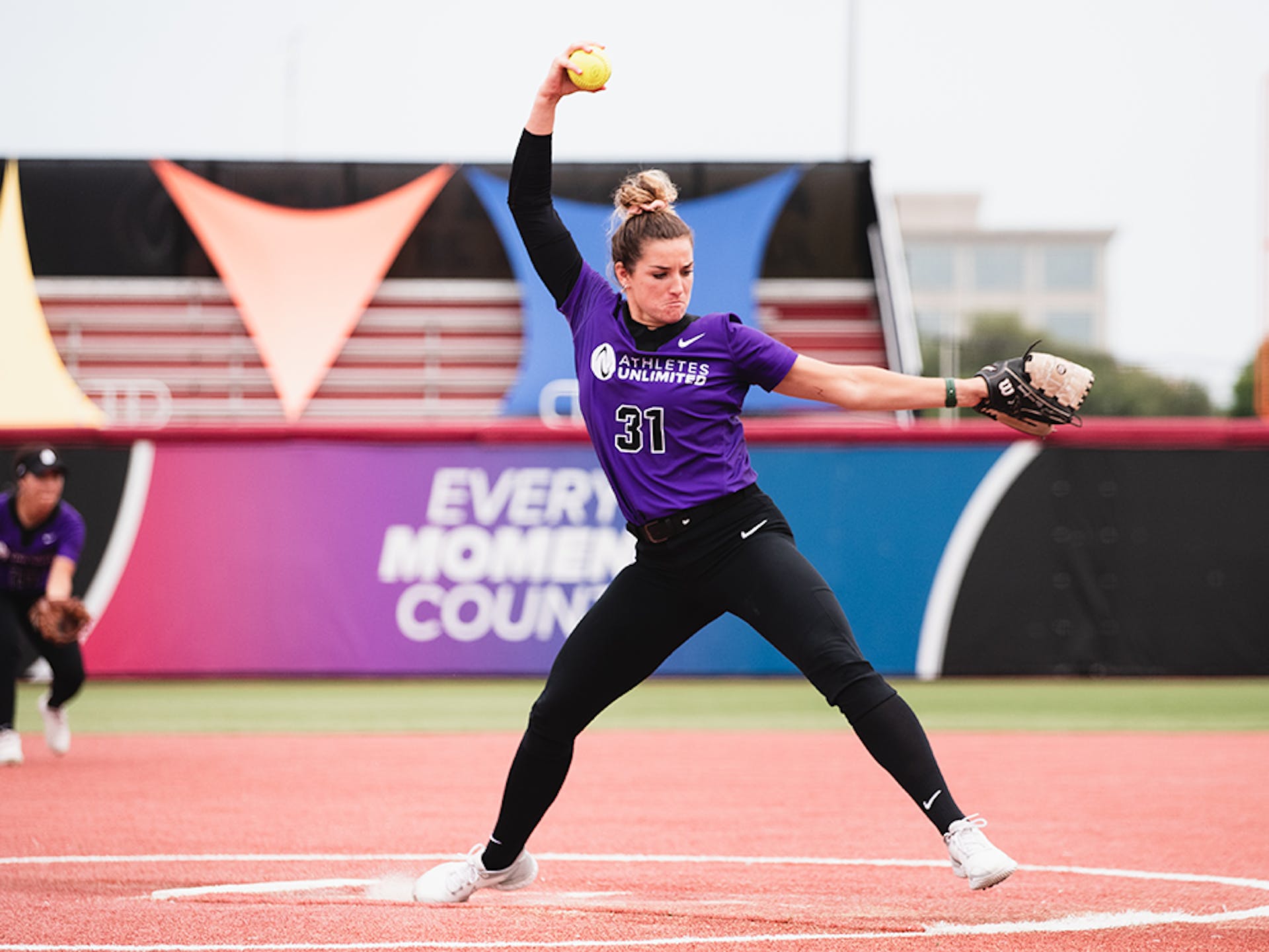 ROSEMONT, Ill. — Early but not often.

Haylie McCleney’s squad made two first-inning runs stand up as the Purple team improved to 2-0 for the weekend. An RBI double by Sam Fischer and a sacrifice fly by Andrea Filler against Mariah Mazon (2-5) in the top of the first were all the runs Team McCleney needed.

Team Chidester scored its only run in the bottom of the second inning on a two-out RBI single by Sydney Sherrill.

Sis Bates once again flashed the leather in the field. The Team McCleney shortstop made a backhand diving catch of Amanda Chidester’s line drive in the bottom of the third inning to start an inning-ending 6-3 double play. In the fourth, Bates made a leaping backhand stab of Kelsey Harshman’s line drive to rob her of a hit.

With one out in the bottom of the first inning, Shannon Rhodes and Erika Piancastelli drew back-to-back walks. Fischer followed with a long double to center field to score Rhodes. Filler’s deep foul fly to left field was deep enough to score Piancastelli with the second run of the inning.

Entering Saturday’s second game, the leaderboard took on a decidedly Team McCleney look, with McCleney, Rhodes and Fischer holding the top three spots. McCleney moved up from fourth place with 120 points. Rhodes advanced from fifth place, with 126 points. Fischer moved up from sixth with 158 points. Chidester fell two spots, from third to fifth.