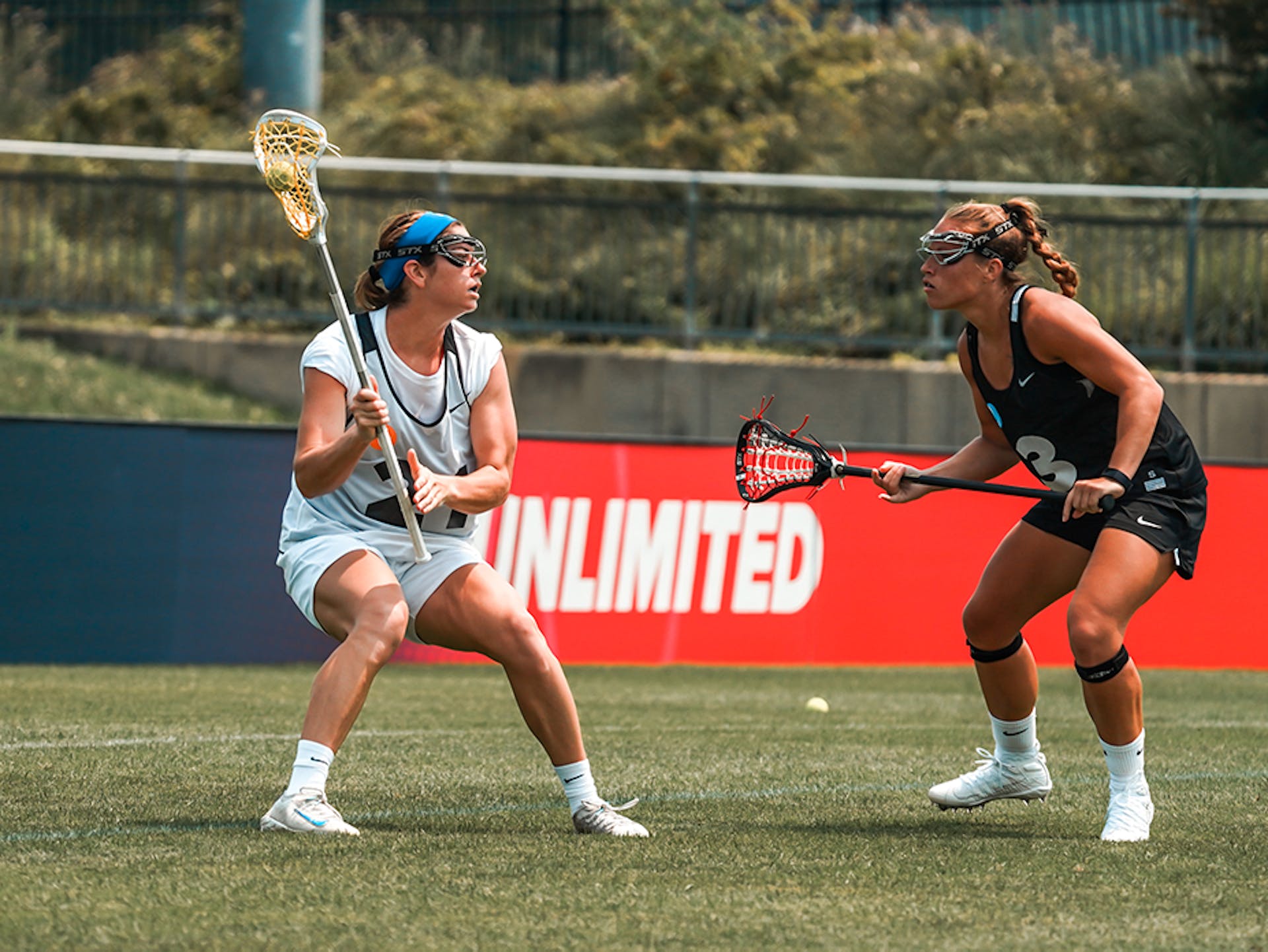 How We Play: Lacrosse

Athletes Unlimited Lacrosse will play a short form, fast paced format consisting of eight-minute quarters, 10v10 gameplay and a 60-second shot clock all housed on an 90yd x 60yd playing field. Play will begin with draws at the beginning of each quarter as well as after every goal.

Win points are all about team performance. In all Athletes Unlimited Lacrosse games, teams will play four quarters. Win points accumulate after each quarter and for game wins. Each quarter is worth +20 points and game wins are worth +45 points.

If the score is tied at the end of the game, there will be a three-minute sudden victory overtime. If it is still tied after the overtime period, there will be a shootout with three shooters on each side. If still tied, a second shootout of the same structure will take place.

In the event that the game is still tied after the overtime period and two shootouts, the game will end in a tie.

If a goalie has eight saves, five goals against and two ground balls, they will be awarded 47 points.

After each game, the players and members of The Unlimited Club will vote for three players who they feel had standout performances.

After the last match of every week, the top four point scorers will be named team captains. Each captain will be assigned to a team color based on their standing.

Team captains can consult with anyone they want prior to the opening of the draft, including any Athletes Unlimited staff, former coaches, and teammates.

Each week during the draft every captain will be allowed up to two minutes per pick. Once a player is selected their captain may consult them for further decisions. Once all 56 players have been selected to a team, it will be time to prepare for the upcoming slate of matches and get ready to play.

Then, an exciting new week of competition will begin.