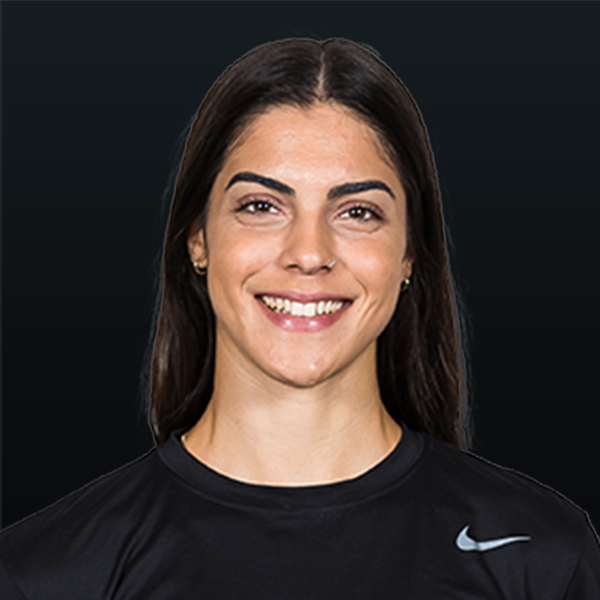 Member of the Italian National Team.

Personal: Born in Modena, Italy, but moved to California with her family when she was five years old.

2022 Championship Season: Finished in 15th place on the leaderboard with 1,424 points during her third Athletes Unlimited campaign … tied for eighth in the circuit with 1,060 win points … starter in all 15 games who authored .282 batting average with 11 hits, including three home runs and 10 runs batted in … hit second grand slam of AU career on Aug. 7 against Team Harshman as part of 3-for-4 effort with five runs batted in … hit safely in four consecutive games from Aug. 14-21.

2021 Championship Season: Earned 23rd place on the leaderboard with 1,278 points … scored nine runs … starter in all 15 games … batted .256 with 11 hits, including five extra-base hits … tied for the league lead with 10 walks … drove in 10 runs, which were tied for sixth in the circuit … owned share of seventh place among league leaders with three home runs … hit by a pitch twice.

2020 Championship Season: Ranked fourth on the leaderboard with 1,840 points … tied for sixth with 490 stat points while her 220 MVP points tied Jessica Warren for third place in the league … starter in 14-of-15 games who batted .327 … tallied 17 hits, including 11 for extra bases … owned share of league lead with nine home runs … drove in 15 runs, good for a share of third place in Athletes Unlimited … tied for fourth in the league with 52 at-bats … sixth in the circuit with 14 runs scored … accumulated 46 total bases to finish second among all players.

International Experience: Member of the Italian National Team since 2015 … competed at the 2020 Tokyo Olympics and went 2-for-15 in five games with both hits coming against Team Canada … helped Team Italy qualify for Tokyo Olympics by going 5-for-17 with one home run and two runs batted in at WBSC Europe/Africa Olympic Qualifier … batted .545 with 12 hits and 15 runs scored during 2021 European Softball Championship.