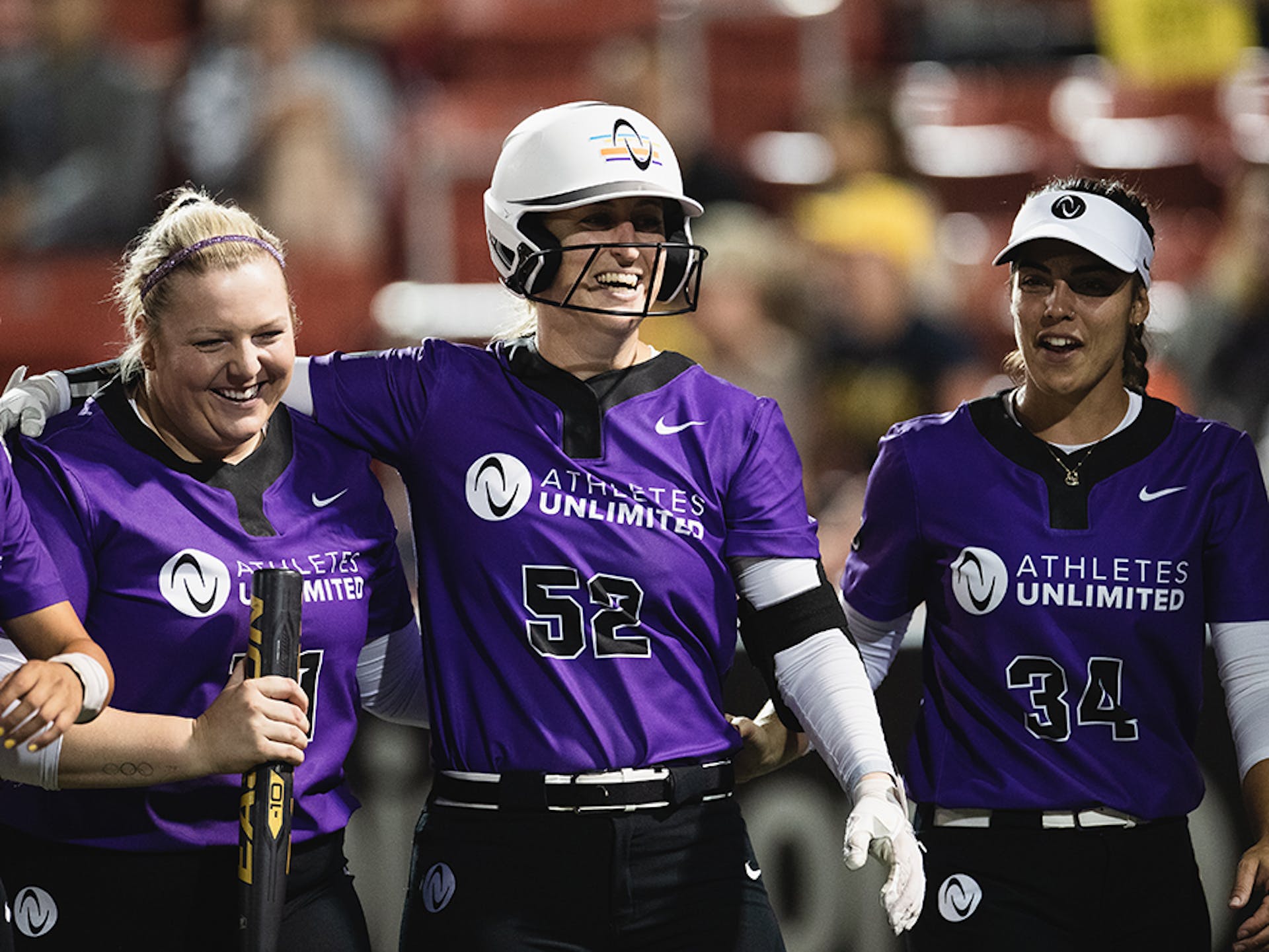 ROSEMONT, Ill. — With the game on the line, corner infielder Sam Fischer was going to take matters into her own hands. Unfortunately, the scoreboard in right center field took the brunt of it.

Fischer’s second home run of the game, a two-run shot off the scoreboard in the bottom of the sixth inning, capped a three-run outburst by Team Chidester en route to a 4-2 victory over Team Mulipola to complete Friday’s Athletes Unlimited Softball doubleheader at Parkway Bank Sports Complex.

The multi-home run performance lifted Fischer into MVP 1 honors along with securing 248 leaderboard points. Fischer went 2-for-2 with her two home runs in addition to a walk and three runs batted in.

Pitcher Alyssa Denham garnered MVP 2 accolades after earning the win in relief. Denham, who improved to 2-0 in the circle, finished with 176 leaderboard points after conceding just three hits over 3.0 innings with two strikeouts.

Carrie Eberle (2-2) suffered the loss after giving up three unearned runs over 2.0 innings with one hit and one strikeout. Outfielder Aliyah Andrews paced Team Mulipola offensively with three hits to MVP 3 distinction.

Trailing by a 2-1 margin heading into the bottom of the sixth inning, Team Chidester struck for three unearned runs after a pair of errors extended the frame. Outfielder Erika Piancastelli evened the score at 2-all with one out when she scored on a fielding error. Fischer followed with her second home run of the game, a two-run blast off the scoreboard in right center field for a 4-2 lead. Team Chidester overcame a one-out single in the top of the seventh by inducing a double play to end the game.

Fischer lifted her position on the leaderboard by nine spots, moving into fourth place with 826 points. She trails teammate Amanda Chidester by just 18 points after Chidester remained in third place following the victory. Catcher Dejah Mulipola dropped one spot to second place after being limited to just 60 points in Friday’s loss.