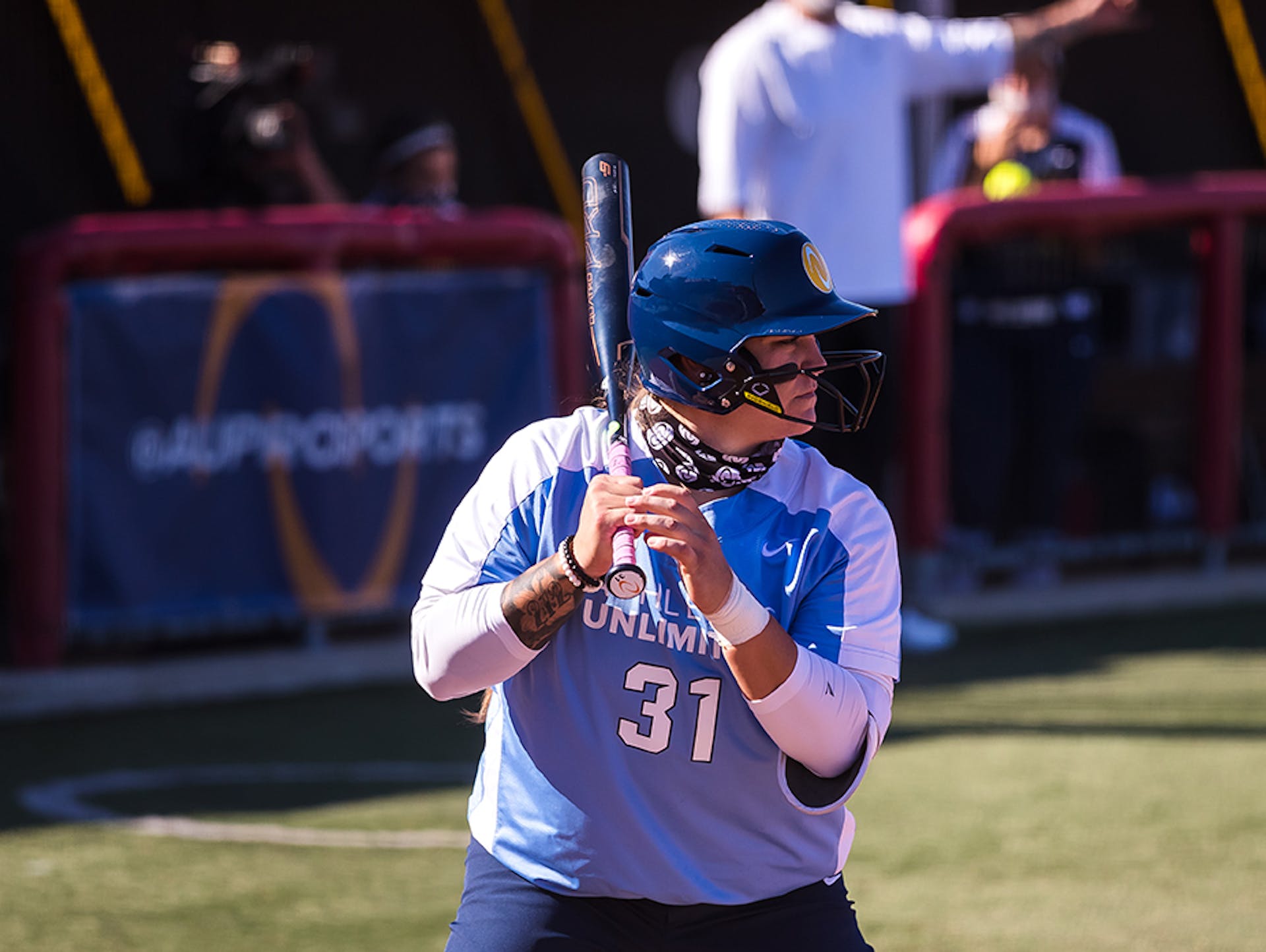 Every moment counts in the final week of Athletes Unlimited Softball

It’s crunch time for the players of Athletes Unlimited Softball. As we enter the last week of the inaugural season, a lot is on the line for these athletes.

The Athletes Unlimited salary bonus structure is based off the final player standings when the season comes to a close. While getting the top spot is the goal of every player in the league, even moving up one or two ranks can make a difference. That’s because bonuses differ between even the league’s 50th-ranked player and the 51st-ranked player.

Cat Osterman has led the competition, racking up a total of 1,990 points. She was handed a loss for the first time in Week 4, as Team Osterman went 1-2 for the week. Even so, Osterman herself is comfortably ahead of Jessie Warren’s 1,580 points in second place.

The league’s remaining players are tightly clustered with opportunities for players to climb the leaderboard in the final week. Of the 56 players who have been with the league since Week 1, 55 of them are within 120 points (one win) of the player above or below them. Fifty-one of those athletes are within just 40 points (one home run) of the player above or below them. Because of this, any player can do a lot of damage with a good week in the home stretch.

Just as an example of how drastically things can change for an athlete, let’s dig into the league’s biggest movers from Week 4.

In the upper tier of the standings, catcher Sahvanna Jaquish saw the most dramatic rise from her Week 4 performance. Prior to the start of the week, Jaquish ranked 15th overall in total points. After a monster week that saw her accumulate 560 points, Jaquish is now 6th in the league standings.

So, what did Jaquish do to vault herself up the standings? It was a combination of both her individual performance and her team’s. She hit four homers and played on a team that went 2-1 over the weekend.

There was also a massive ascent up the standings from right-handed pitcher Jessica Burroughs, who entered Week 4 ranked 47th out of 57. Burroughs had some of her best appearances over the weekend, securing 414 points (seventh-most in the league over that span) and skyrocketing up to 32nd in the AU standings.

Burroughs benefitted not only from being on Team Warren’s crew, but also from pitching masterfully for her squad. In a critical Sunday matchup with Team Osterman, Burroughs locked down the league’s Team Gold with five shutout innings. Burroughs earned the MVP 1 honors for the game, her first time landing in any of the three MVP spots for a contest. If she can build on that kind of performance, she could find herself squarely among the league’s best players in the standings. With 864 points on the season, she’s just over 100 points shy of Ariana Williams’ 1,000 for 20th place.

With so many players packed closely together in the standings, Week 5 represents a major opportunity for athletes to raise their end-of-season bonuses. Every moment counts not only for their own payout, but also for the money that will go towards their charity of choice.