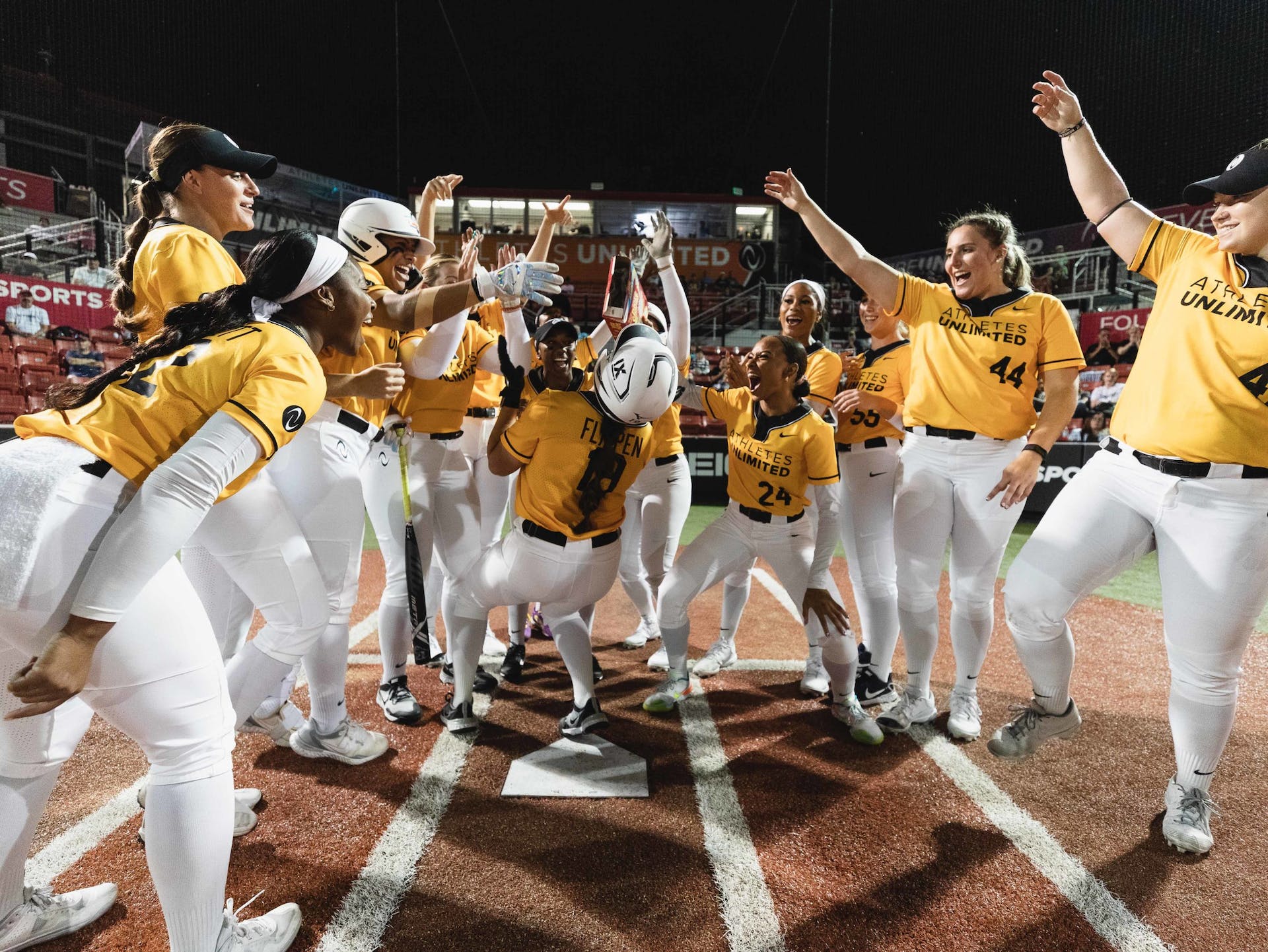 ROSEMONT, Ill. — Softball is a team sport and while there are individual components within the Athletes Unlimited model, there are still times where a complete team effort is needed to earn a victory.

Team Mulipola showed just that in its Saturday night contest against Team Jaquish, getting hits from nine different players en route to a 12-7 victory at the Parkway Bank Sports Complex.

Flippen, who posted a 3-for-5 effort with two runs batted in, earned MVP 1 honors as part of her 210 leaderboard points. She registered a single in the first inning before adding a double in the fourth inning. In the seventh inning, she added her second home run of the year with a solo shot to left field.

Pitcher Carrie Eberle upped her record to 3-2 after scattering four hits over 3.2 innings with two strikeouts.

Outfielder Kelsey Harshman led Team Jaquish with a 2-for-4 effort and four runs batted in, receiving the game’s MVP 3 recognition. She finished with a team-high 100 leaderboard points in the loss.

Shannon Saile (0-1) suffered the loss after giving up six runs on seven hits over 3.1 innings with two walks and two strikeouts.

Team Jaquish plated three runs in the top of the fourth inning before Team Mulipola erupted for seven runs in the bottom of the frame. Piper opened the scoring with an RBI single to center field before a two-run single by outfielder Aliyah Andrews evened the score at 4-all. A single by outfielder Jazmyn Jackson and Flippen’s double brought home three more runs before corner infielder Andrea Filler upped the margin to 8-4 with a single to left center field.

Team captain Dejah Mulipola rose into the top spot on the leaderboard after becoming the first player this season to accrue 1,000 leaderboard points. Flippen, meanwhile, jumped seven spots into the No. 3 position and enters Sunday’s finale with 942 points.