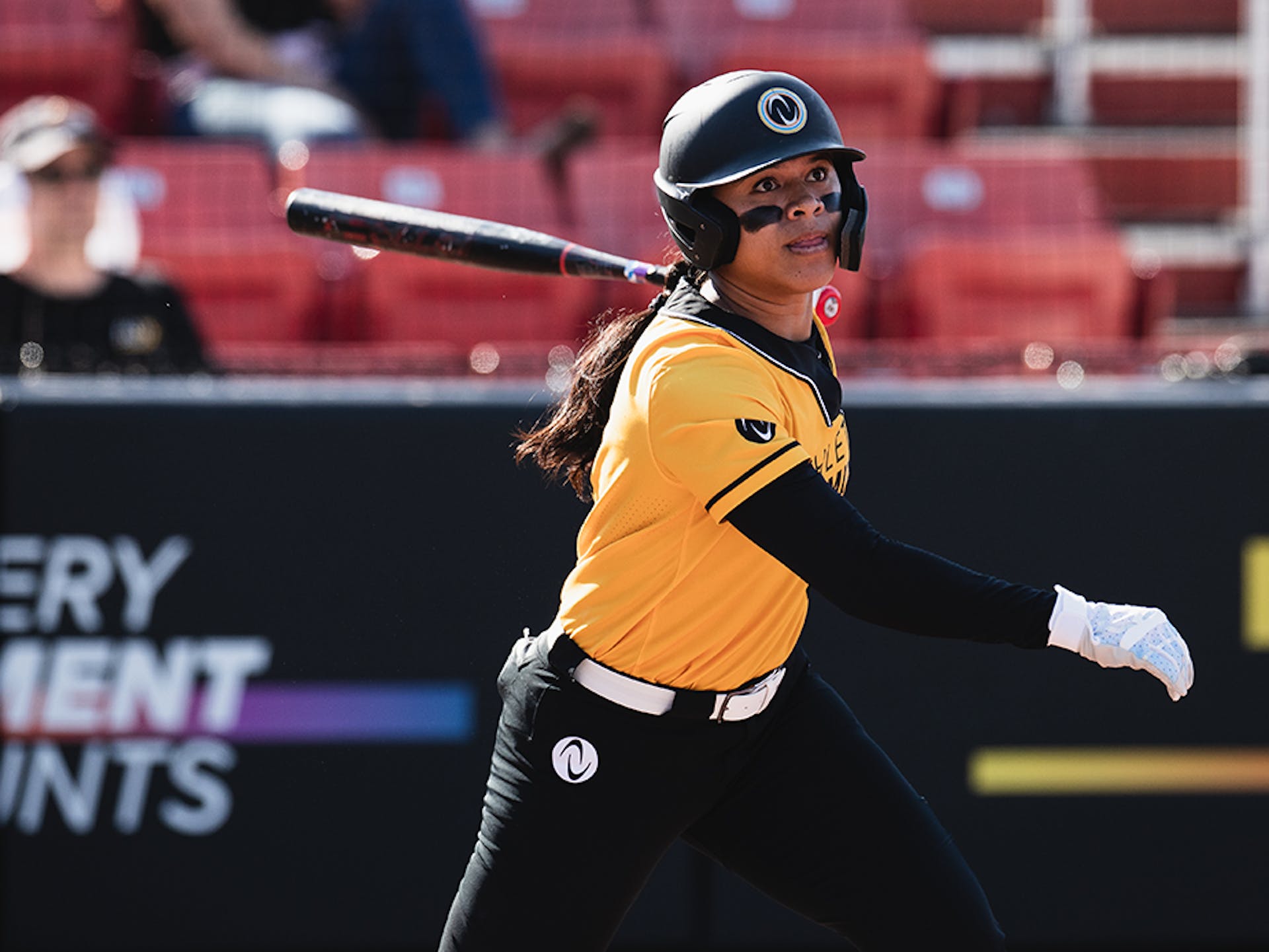 There have been some dynamic duos over the years, but in Sunday afternoon’s Athletes Unlimited Softball game between Team McCleney and Team Mulipola, the pitching pair of Shannon Saile and Taylor McQuillin put together one dynamic performance, which resulted in a 3-0 triumph for Team Mulipola at Parkway Bank Sports Complex.

The win elevated Team Mulipola’s record to 2-1 on the week, while Team McCleney suffered its first setback and finishes the Week Four schedule with an identical 2-1 mark.

McQuillin, who secured the win in the circle, claimed MVP 1 honors and 228 leaderboard points after conceding just one hit over the final four innings with five strikeouts. She took over for Saile, who opened the game with 3.0 innings of no-hit ball with one strikeout and three walks.

Captain Dejah Mulipola was involved in all three runs for her squad, scoring twice and driving in the third marker with her home run in the sixth inning. Mulipola finished with a game-high 230 leaderboard points after going 2-for-3 in the victory, which included a sweep of all 120 win points.

Outfielder Shannon Rhodes tallied the lone hit in the loss for Team McCleney, extending her hitting streak to 12 consecutive games. Pitcher Danielle O’Toole suffered the loss after giving up three runs on eight hits with two strikeouts in a complete game effort.

Team Mulipola’s victory vaulted Mulipola back into the top spot on the leaderboard where she will serve as a captain for the fourth consecutive week. She will be joined in the captain’s chairs by outfielder Haylie McCleney, pitcher Alyssa Denham and corner infielder Amanda Chidester.