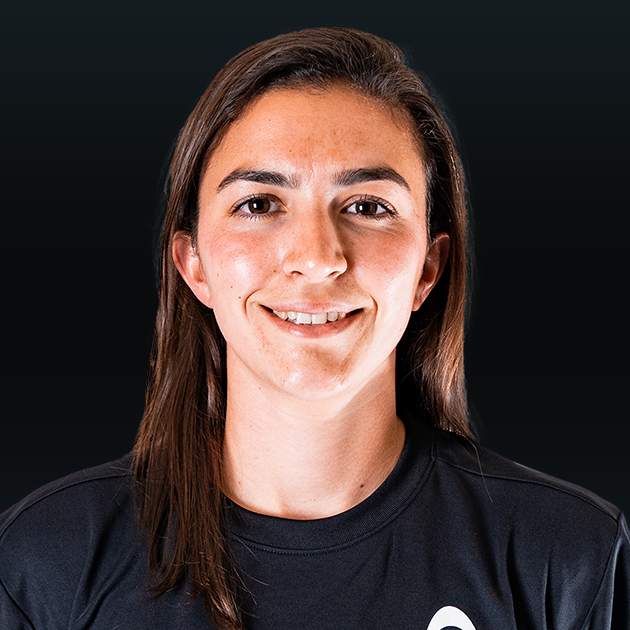 Playing for For All Who Fight (opens in new tab)

Personal: Lists wearing the USA jersey and playing alongside the best players in the world as her greatest achievement … began playing lacrosse in the fourth grade … ranked as the No. 1 rising senior by Inside Lacrosse in 2013 … lists skiing as her favorite hobby off the field … has been skiing since she was three years old … both parents were collegiate athletes … mother, Casey, competed on swimming and diving team at Ohio University … father, Theodore, played baseball at Clark University … majored in psychology at Notre Dame.

2021 Season: Accumulated 1,355 leaderboard points during inaugural season … tied for league lead with 10 games of 100 or more points … seventh-leading scorer in Athletes Unlimited with 37 points … tied for sixth in the circuit with 25 goals, including three two-pointers … ranked fifth with eight multi-goal performances, including a pair of hat tricks … attempted 62 shots over 15 games, good for seventh in the league … scored at least one goal in 13-of-15 games, including first seven games in a row … exploded for five goals against Team Wood on Aug. 8 while adding an assist and two ground balls … tallied three goals, including a two-pointer, with an assist against Team Arsenault on Aug. 1 en route to season-high 187 leaderboard points … ended season with a goal and season-high four ground balls in overtime loss against Team Glynn on Aug. 22.

International Experience: Member of the United States Senior National Team from 2014-15 and 2016-17 … helped United States win 2011 Under-19 Championship, leading team in goals and points while earning a selection to the All-World Team.

Other Professional Experience: Spent two seasons with the Baltimore Brave of the Women’s Professional Lacrosse League.

At Notre Dame: Four-year letter winner for the Fighting Irish who appeared in 79 games from 2014-17 … ranks third on Fighting Irish’s career games played list … one of two players in Notre Dame history with 300 or more career points … second-leading goal scorer in program history with 225 goals … stands third in school history with 86 assists … also notched 106 ground balls with 52 draw controls and 95 caused turnovers … only player in Notre Dame history to earn four IWLCA All-America commendations … garnered First-Team honors as a sophomore and junior … also secured First-Team IWLCA All-Region notice four times … three-time nominee for Tewaaraton Award … three-time All-Atlantic Coast Conference performer, including pair of First-Team awards … honored as 2014 WomensLax.com Rookie of the Year in addition to earning a spot on the All-America Team … led Notre Dame in goals and points all four seasons … also paced team in assists as a freshman, sophomore and junior … tied for second on Notre Dame’s single-game points list with 11-point effort against Kennesaw State on Mar. 6, 2017 … tallied 63 points as a freshman in 2014, good for second among all rookies in school history … ranks fourth in school history with 64 goals scored during her junior season … one of four players in school history to register 90 or more points in a season, finishing the 2016 campaign with 91 points.