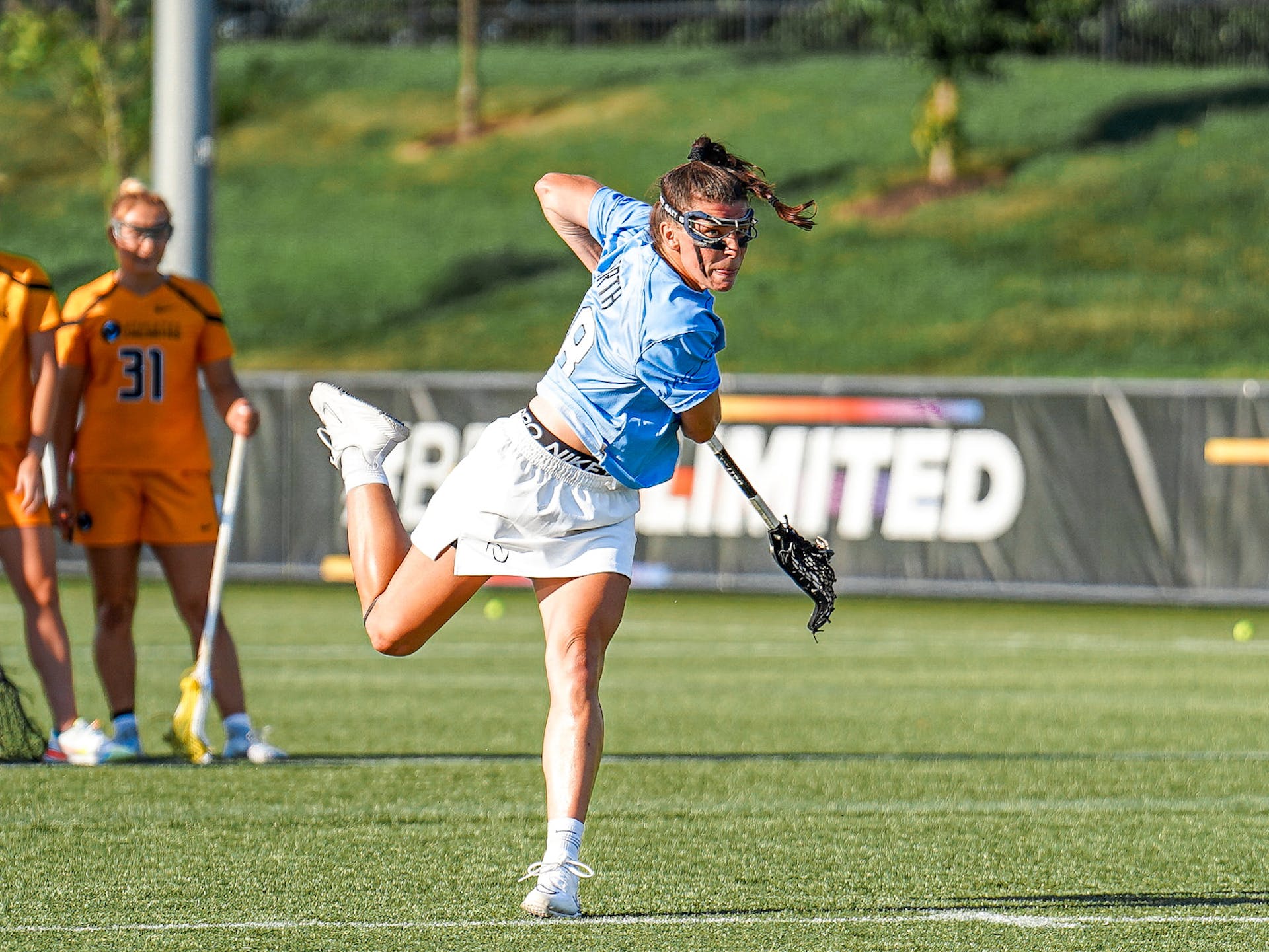 SPARKS, Md. — Fans of Athletes Unlimited Lacrosse will remember the second game of Saturday’s doubleheader between Team Apuzzo and Team Moreno for a very long time.

Not only did it include one of the greatest comebacks in the league’s two-year history, but it also included the first-ever shootout, which Team Apuzzo claimed by a 12-10 margin at USA Lacrosse Headquarters.

Moreno, meanwhile, followed with the MVP 2 award with 140 leaderboard points. The rookie from the University of North Carolina equaled the league single-game record with 15 saves, including 13 in regulation. She also had a ground ball in the setback, which was her first as a professional.

Trailing by a 9-4 margin with 5:42 left in regulation, Team Apuzzo ran off six consecutive goals in a five-minute span to claim a 10-9 lead on a goal by Apuzzo with 24 seconds remaining. But, Team Moreno forced the extra session on a goal by rookie attacker Scottie Rose Growney with 10.9 seconds left.

After neither team scored in the overtime period, Apuzzo and rookie attacker Charlotte North staked Team Apuzzo to a 12-10 advantage with back-to-back markers past Moreno. Growney and attacker Cortney Fortunato evened the score at 12-12 before midfielder Katie O’Donnell sent Team Apuzzo to the victory circle with a goal.

Moreno remains the league’s leader with 923 points while Apuzzo carries 826 points into Sunday’s finale. Meanwhile, nine of the top 10 spots on the leaderboard are held by players from either Team Apuzzo or Team Moreno.

Updated Leaderboard (through games of July 30)