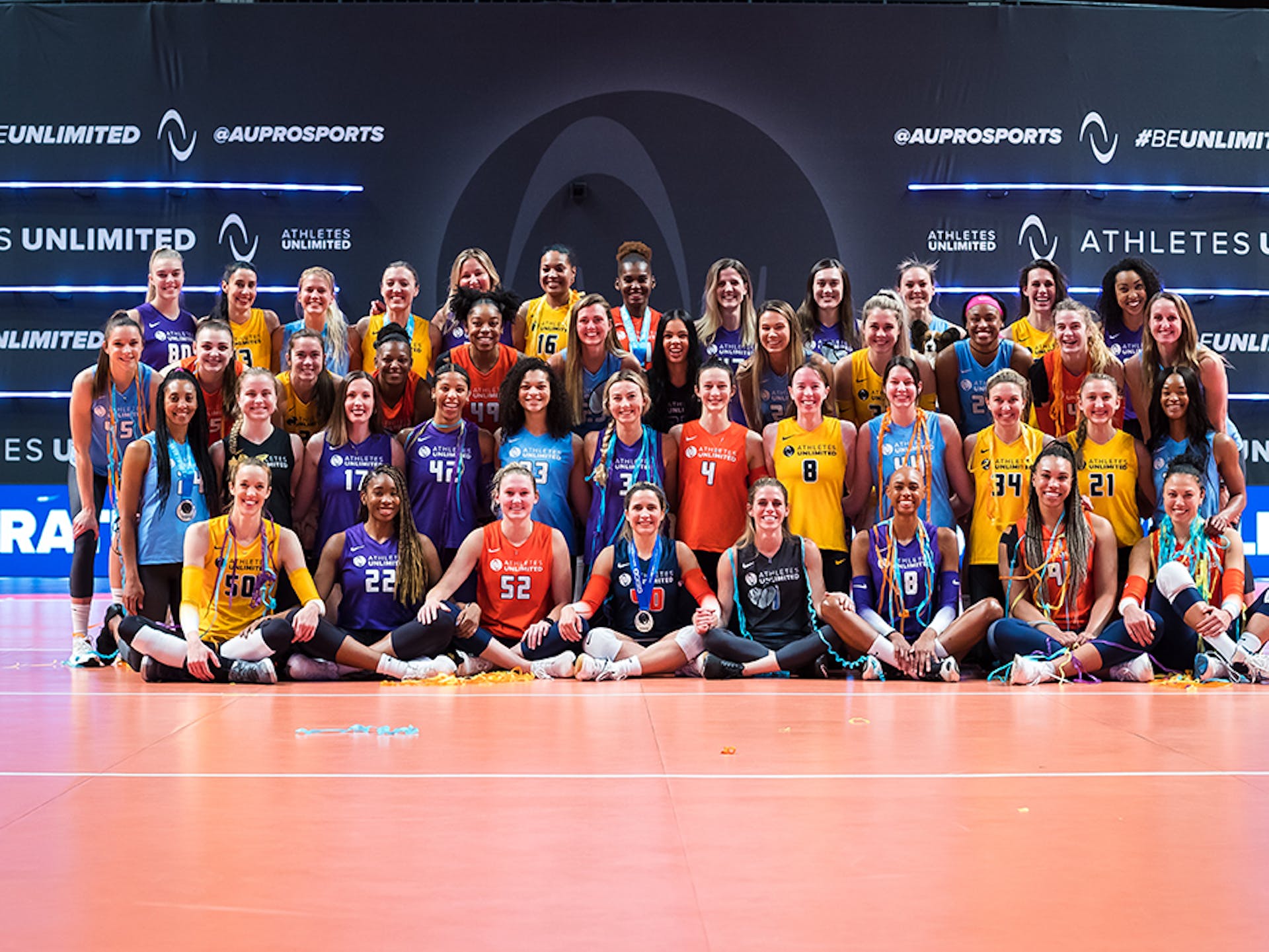 They say a single photo is worth 1,000 words. But what about when you have over 1,000 pictures? How do you tell the story of a successful inaugural season?

Our answer? Let the photos speak for themselves. Take a look behind the scenes at life in the Athletes Unlimited Volleyball “Shield.”

The first several days in Dallas, Texas were far colder than usual as Texas experienced the most snow it had in 28 years. The roads were snow-covered for days after the storm passed, coupled with power outages across the state, including at Fair Park Coliseum – our home for the season.

Despite conditions, the grind never stopped. Players powered through and practiced in jackets and gloves since it was so cold at the gym! Families in the Shield

Athletes Unlimited encouraged both players and staff to bring their families into the shield with them – regardless of who that meant. For many, it meant bringing their kiddos… … and for others, it meant bringing their furrier family members. Sometimes there were too many furry friends around to handle! After preseason scrimmages and a few weeks of practices, the volleyball season officially began with the Athletes Unlimited Volleyball Opening Ceremony.

Speakers, including CEO and Co-founder Jon Patricof, player and Player Executive Committee member Cassidy Lichtman, and Asha Marie Culhane-Husain, celebrated the start of a new professional women’s league in the U.S. and the sacrifices that each of the athletes had individually made to get to this point. At the start of each new week of competition, the top four captains selected new teams in the weekly draft.

As the weeks went on, fans saw some players picked repeatedly by their team captains. Each captain always had some surprises in store and no team was ever exactly the same. No matter what team the athletes were on after the draft, they always brought the same amount of energy, intensity, and passion to the game. After battling it out on the court, the players had to find a way to relax and unwind. Luckily A combination of Normatec and rosé saved the day! Even the dogs needed to get their individual recovery time. Cheering on your mom takes a lot of effort! The inaugural volleyball season took place over Valentine’s and St. Patrick’s Day, the Athletes Unlimited team wanted to make sure they brought the holidays into the Shield.

On Valentine’s day sweet treats, along with cards and flowers for the athletes, made for a warm welcome at the beginning of the season. For St. Patty’s Day, the players went on a scavenger hunt around the hotel where quirky accessories were the ultimate prize! National holidays weren’t the only time when fun things were happening! On Athletes Unlimited’s first birthday, Highlight Pro Skydivers, an all-female-skydiving group, surprised the athletes in the center of the Cotton bowl! 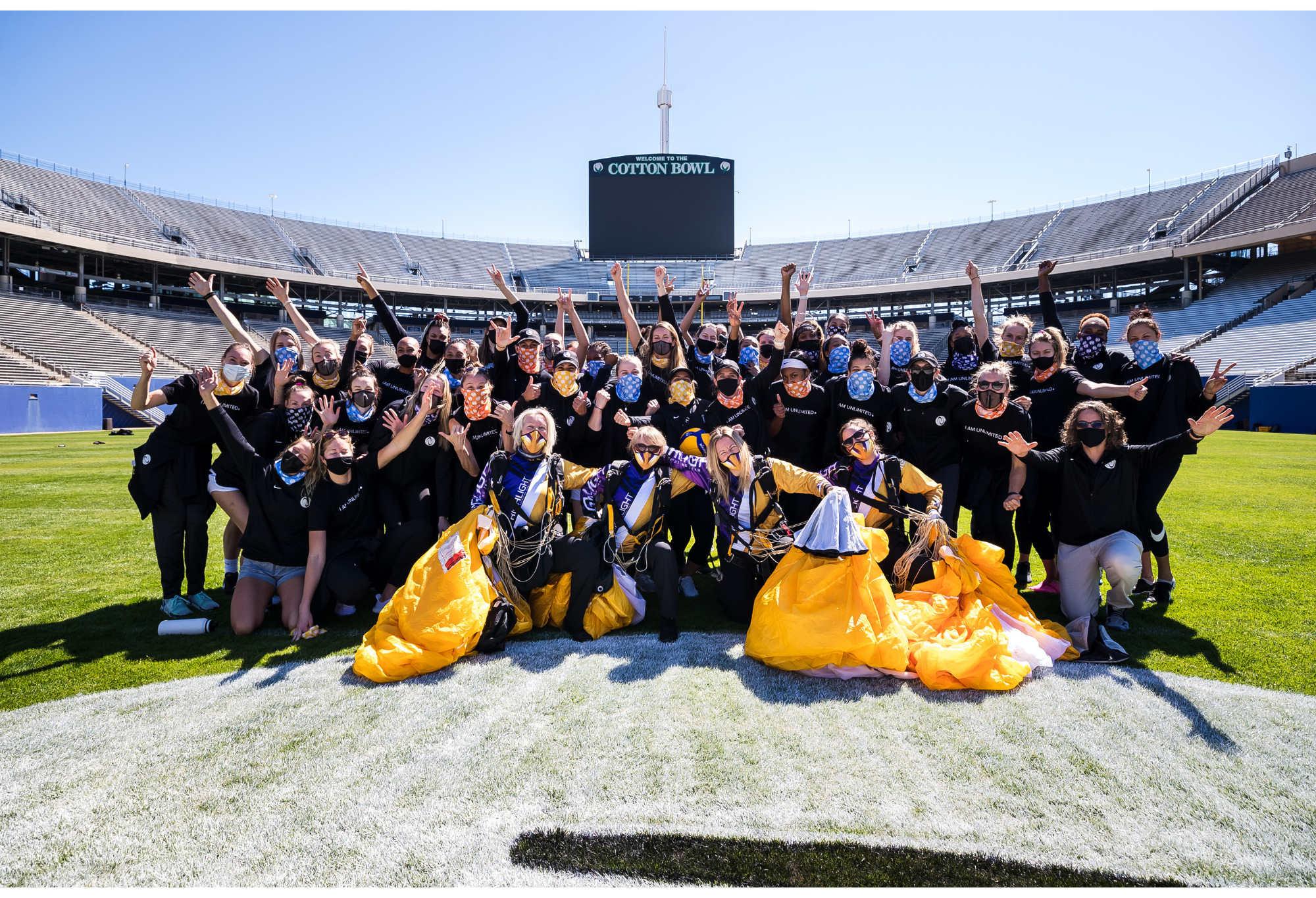 Then, in what felt like a flash, the inaugural season was over. The final ball dropped and the last matches were played. And Jordan Larson, our first Volleyball Champion, along with the other 46 athletes who competed, were inscribed into the Book of Unlimited as we closed the season during the Athletes Unlimited Volleyball Closing Ceremony. Thank you for your continued support through every step of the journey! Until next season…

Where to Watch: Week 5