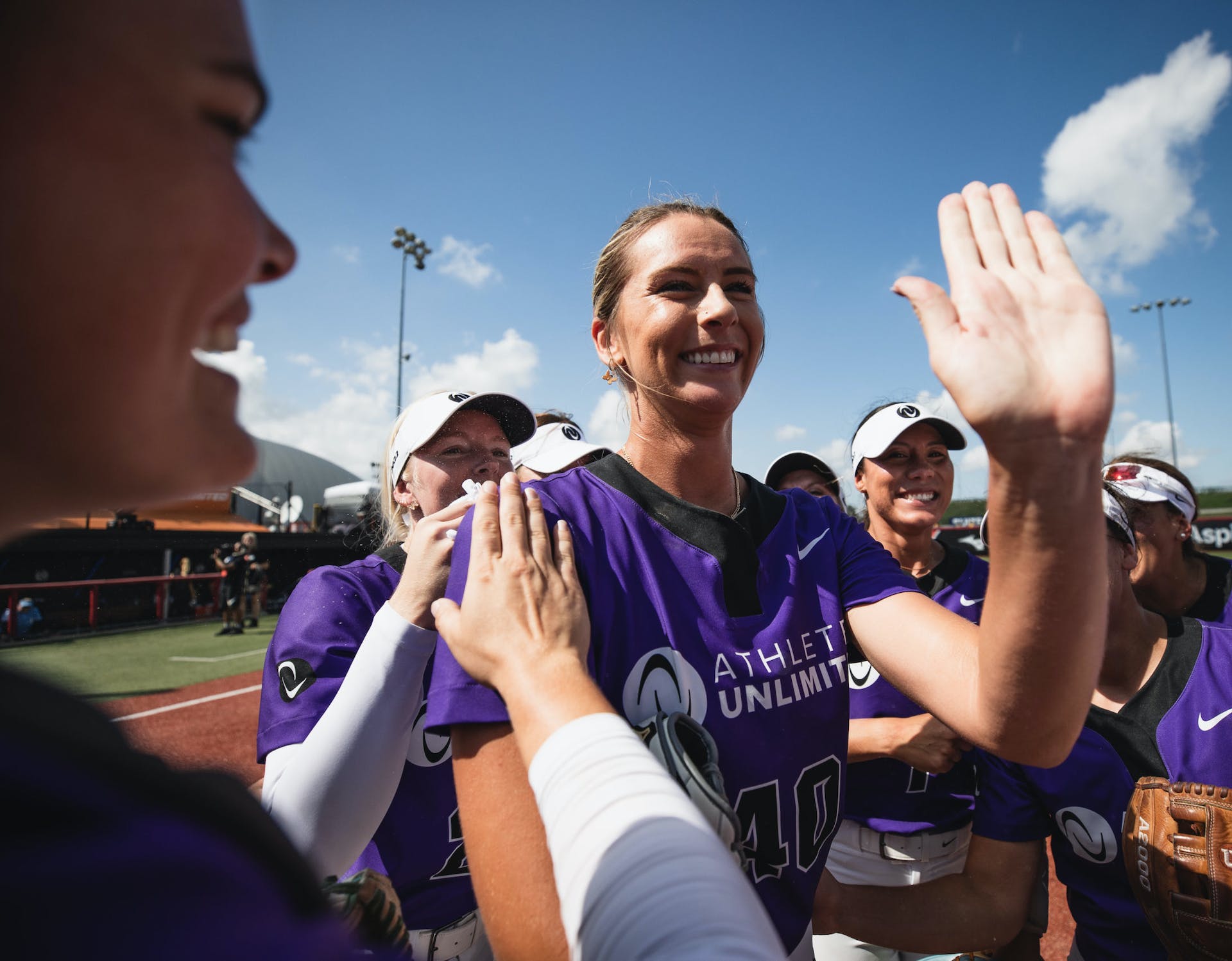 Week 4 of the Athletes Unlimited Softball featured some of the best games we’ve seen this season. From pitcher’s duels to clutch moments at the plate, the athletes fought for each win point this weekend.

While usually the Mover of the Week focuses on who made the largest jumps, it’s time to take a closer look at where those changes took place on the leaderboard. This week’s recap will recognize the major moments for players as individuals but also who made moves to be in champion contention as this season enters Week 5.

Both makings leaps 20 spots up the leaderboard are infielder Caleigh Clifton and pitcher Taylor McQuillin. Clifton made the jump into the top half of the athlete pool and stands at No. 30 while McQuillin is right behind her at No. 33.

Clifton has been a part of the league since season one, and has made herself known as always being good for a home run in a clutch moment. While she’s struggled to see the consistent results she’d hoped for in the first three weeks of  2022, Week 4 proved to be her breakthrough moment.

The moment she’s been waiting for…@caleigh_20 takes one yard!

She breaks up this tie ball game for Team McCleney to take a 2-run lead heading into the 7th (peep the reaction from the captain, gotta love it)#AUSB | @AUProSports pic.twitter.com/DhLu4bNdsk

It began with Amanda Lorenz donning her the “pick to click” on Friday night, what Lorenz describes as the person who will have things click for them at the plate and “go off.” Lorenz could not have been more spot on choosing Clifton.

In her final at-bat of the game, she launched a two-run home run that gave Team McCleney the victory, earning her first MVP 1 honors of the season. The following game, she hit two doubles and went 3-for-5 at the plate with 3 RBIs, earning MVP 2 that evening.

"I couldn't have done what I did out there without the people behind me." 🧡@caleigh_20 talks about her performance along with Team McCleney's encouraging environment following a week opening win.@savannaecollins | #AUSB pic.twitter.com/W2k32HHrwA

McQuillin also picked up 100 MVP points from the weekend with two fantastic outings in the circle. She raked in 108 stat points without a single point deducted for runs allowed. She finished the weekend throwing nine innings across the three games with an ERA of 0.00.

Alyssa Denham made the most crucial move over the weekend up 10 spots to No. 3 overall and became a first-time captain.

She was on the winningest team with Team Chidester and the highest stat points earner of the week with 148. She not only threw her first complete game as a professional but then went on to throw a three-hit shutout on Sunday afternoon in an ultimate pitchers duel with Rachel Garcia.

Denham had a DAY 👏

During Game 23, @DenhamAlyssa earned 264 points placing her 3rd on the leaderboard and in the captain's chair! 🤩 pic.twitter.com/LrFabxMonf

What made this weekend important for her is how it propelled her not only into a position to possibly earn the title or finish in the top four, but she’ll be a captain with more control over her destiny. When pitchers are captains, they have the advantage of not only having a strong understanding of their staff as a whole to make decisions, but they also can put themselves in – and out of a game – strategically.

Pitchers can quickly accumulate points through the +4 points for every out, but can also rapidly fall down the leaderboard losing 10 points for each earned run allowed.

As a captain, Denham will be in control of her own fate in Week 5 to keep herself out of negative situations and remain at the top.

Lefty pitcher Danielle O’Toole has been one of the most reliant and sought-after arms in the league this season (she’s been a first-round draft pick every week).

.@Oh_tooly3 needed less than 30 pitches to get through the first 9 batters 😳#AUSB | 📺 ESPN+ pic.twitter.com/9WKEoqqKK2

Last week’s article highlighted how she moved into the top 10 with her second complete game of the season. In Week 4, she tacked on two more: one on Friday with just two runs allowed on six hits; and although she suffered the loss on Sunday, she gave up only three runs on eight hits with two strikeouts in her fourth complete game effort.

This moved O’Toole up five spots, in position behind No. 4-ranked Haylie McCleney by just 90 points.

The last bit of shuffling on the leaderboard from Week 4 determined the final weekend’s captains. Dejah Mulipola will remain in gold, but instead of Sahvanna Jaquish like the previous two weeks, Alyssa Denham replaces her as the blue team captain. Amanda Chidester and Haylie McCleney will round out the season as captains still but swapped positions with Chidester in orange and McCleney in purple.

The deciding weekend begins on Friday with a pair of doubleheaders on ESPN+.