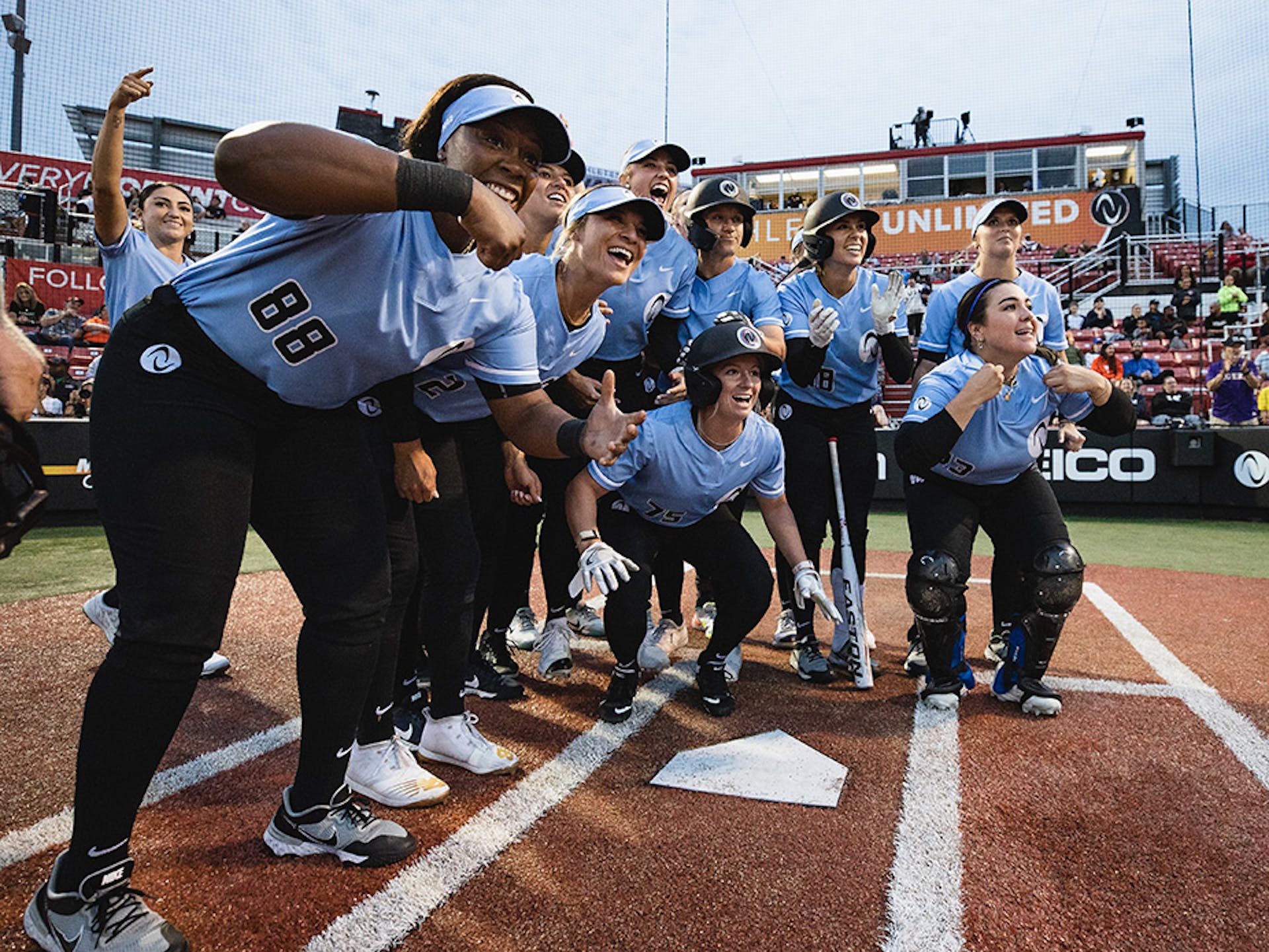 Week 3 of an Athletes Unlimited season is usually where the drama on the leaderboard begins to unfold. But in the 2022 season, four evenly matched teams resulted in a lack of any major shifts or a single athlete pulling away from the pack towards the title.

Without a sweep or dominant collection of innings wins, the win points were spread fairly evenly across the three teams.

Mover of the Week: Kelsey Harshman

Making the biggest leap this week on the leaderboard is Kelsey Harshman, rising 16 spots from No. 28 to No. 12.

Harshman has bounced around on the board quite a bit this season. A captain in Week 2, her team struggled to win a game and despite her individually sound performances, she fell from the top four down the leaderboard. But being on Team Jaquish and the highest overall point earner in Week 3 propelled her back up.

She raked in 126 stat points (the most of any athlete besides Dejah Mulipola, who she trailed by two points). She hit three doubles, two singles, and a home run to comprise a majority of her earnings.

These two athletes haven’t broken into the top half of the leaderboard yet but they made up some serious ground to try and work their way up during the midpoint of the season.

Gibson’s highlights of the weekend came in the final game on Sunday night when she went 2-for-4 at the plate. She was the momentum Team McCleney needed for the victory, recording her first home run of the season in the second inning. She claimed a game-high 210 leaderboard points and MVP 1 honors.

"Man, it was fun to compete with these girls." – @danielleeee41 🧡@savannaecollins | #AUSB pic.twitter.com/YxZ4kuhUuZ

Vidales’ hot night at the plate also came late in the week when she helped propel Team Jaquish to a win. She logged a three-hit performance with an RBI and knocked her second homer of the season on Saturday night. Vidales was in desperate need of win points, and being a part of Team Jaquish helped her up that stat category.

As Athletes Unlimited Softball enters into the back half of the season, now is the time for the players to cozy up closer to the top spots as games – and opportunities to earn points – wind down. Each of these athletes broke into the Top 10 on the leaderboard during Week 3, the place to be as the race for medalists picks up speed.

"That was really cold and it's all in my pants" – @samfischer52

Unmoving and upcoming this week: the 4 captains

For the first time at Athletes Unlimited, not only do we have the same captains for back-t0-back weeks but they finished in the exact same order on the leaderboard.

It’s a tight race amongst this group and will be interesting to see what changes they make and the success they try to recreate in Week 4.