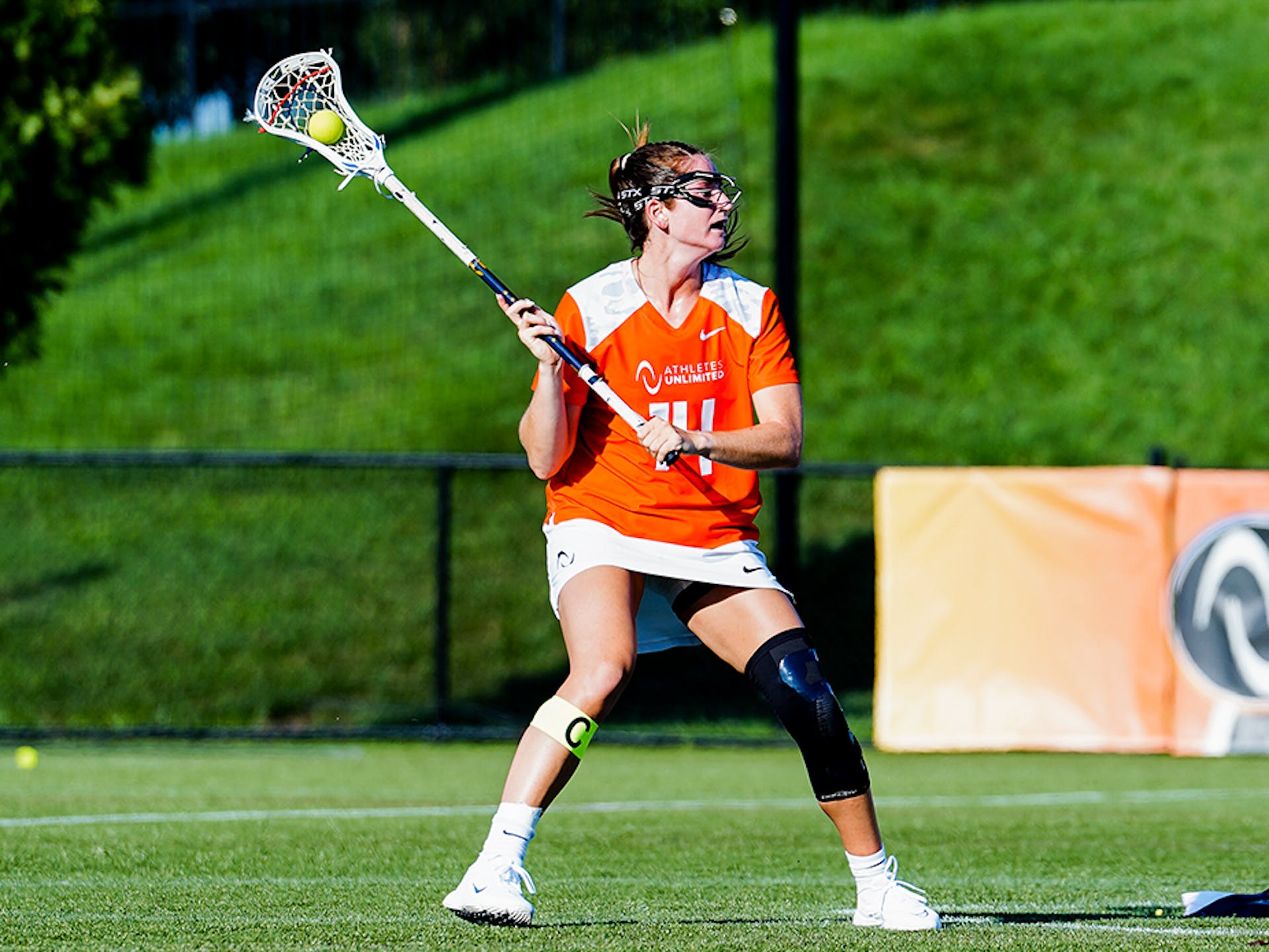 SPARKS, Md. — Over the last handful of games, Team Apuzzo has needed a late comeback several times to earn a spot in the Athletes Unlimited Lacrosse winner’s circle.

But, on Thursday night against Team Johansen, the late magic wasn’t needed as Team Apuzzo sprinted to a quick 4-0 lead and held on to claim an 8-5 victory at USA Lacrosse Headquarters.

The win allowed attacker Sam Apuzzo to move back into the top spot of the leaderboard after registering 178 leaderboard points and the game’s top MVP honor. The Boston College standout, who began the week just six points behind first place, netted three goals, including a two-point marker, along with an assist.

Goalkeeper Britt Read, the game’s MVP 2 selection, notched 11 saves en route to closing the night with a season-high 210 leaderboard points for Team Apuzzo. Midfielders Dempsey Arsenault and Katie O’Donnell each chipped in a goal with an assist in the victory.

Attacker Cortney Fortunato tallied a two-point goal with an assist in the loss for Team Johansen while three other players scored a goal. Defender Kyra Pelton garnered MVP 3 honors in the setback after posting a caused turnover.

Team Apuzzo used a goal from four different players to build a 4-0 lead with 5:21 remaining in the second quarter. Team Johansen closed the gap to 4-3 before back-to-back markers from Apuzzo and Arsenault expanded the advantage to three points with 6:40 left in the third period.

Apuzzo’s efforts give her a 172-point advantage over goalkeeper Taylor Moreno heading into Thursday’s second game between Team Moreno and Team Glynn. Meanwhile, Arsenault rose five spots up the leaderboard into fifth place following a 109-point performance in the victory.