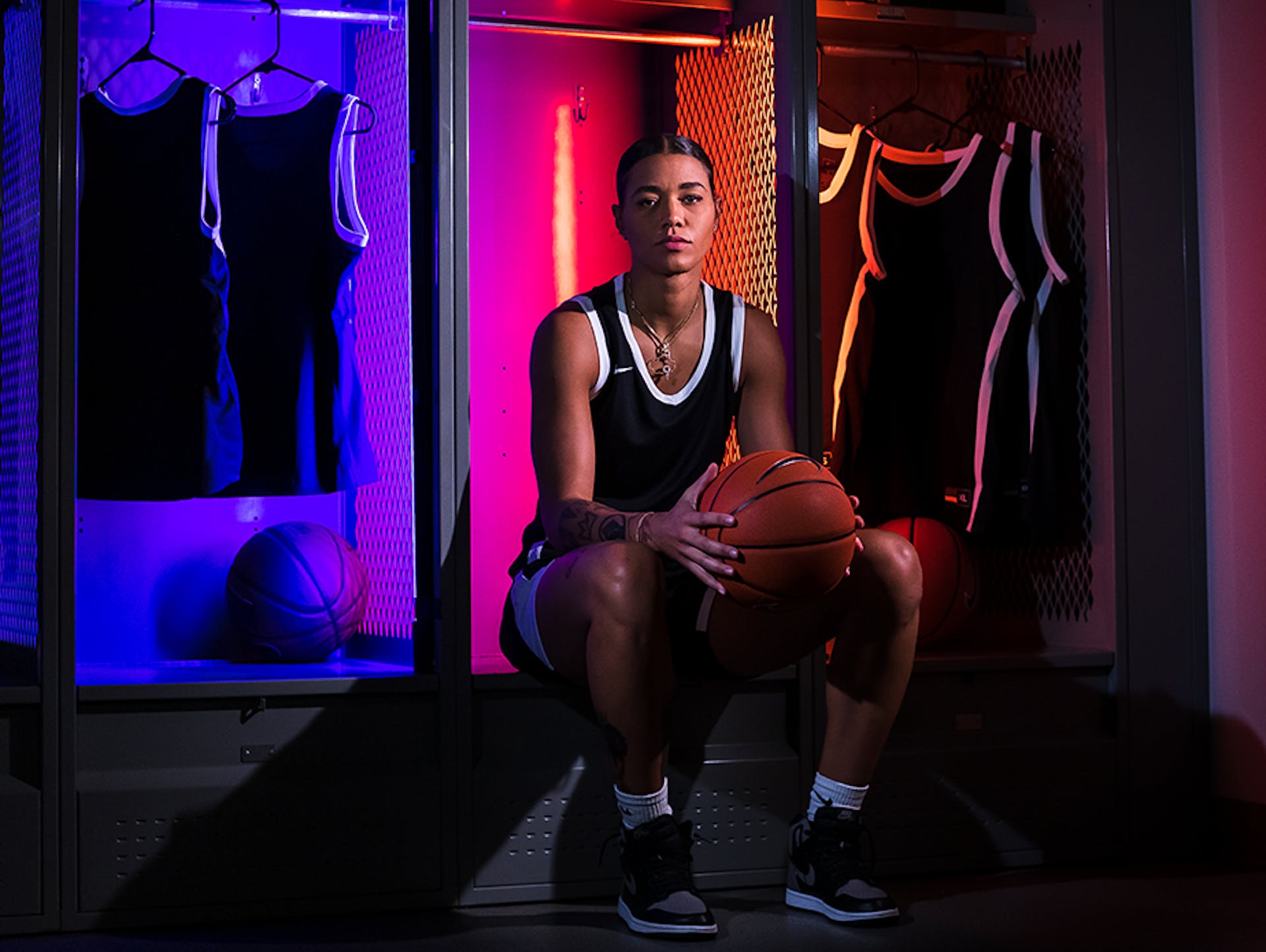 When Washington Mystics guard Natasha Cloud reaches out to her women’s basketball counterparts about a new professional league that she’s helping to spearhead, she’s usually greeted with skepticism. Cloud, who has spent the past few months calling players — both in and out of the WNBA — can’t blame them.

“Nothing like this has ever been presented to us before,” she said.

She isn’t exaggerating. When Athletes Unlimited Basketball launches in January of 2022, it will give women’s basketball players a degree of opportunity that they haven’t encountered to this point. With only 144 roster spots across 12 teams, many talented college players have found themselves shuddered out of professional women’s basketball in the United States, forced to either play overseas or perhaps put their dreams on hold.

“You realize that there is a tremendous amount of talented college players, many who are declaring for the draft who aren’t able to find spots in the WNBA,” said co-founder Jon Patricof.  “Then when you look at the players who make the WNBA, who are drafted, you’re seeing a lot of players who don’t make the final roster.”

But it isn’t just sheer opportunity that distinguishes Athletes Unlimited. It’s the very nature of the league’s structure: no owners, no coaches, just player-driven decisions, made via a player executive committee. It’s the financial incentives, which allow athletes to earn more in a five-week season than they would playing seven months overseas. It’s the fact that there aren’t just team points, but individual points — for rebounds, steals, assists, and more — that reward an athlete’s sole contribution. It’s the fact that each athlete will be playing for a charity of their choice. And it’s all the time allotted for rest between the two seasons — as opposed to the two weeks that WNBA athletes normally get after they play abroad during the offseason — which can prevent injuries down the road. Cloud likes to say it adds “a little spice to our game.”

“Once people realize what it is, they get excited,” she said. “It’s just a little bit different, so it takes some talking it through. Typically, when they do get off the call with our co-founders, Jon (Patricof) and Jonathan (Soros), they’re all for it.”

When Patricof and Soros first approached Cloud, she didn’t require much convincing herself. She’d seen the league work, firsthand, through her wife, Aleshia Ocasio, who joined Athletes Unlimited Softball during its inaugural season in 2020. Ocasio was initially drawn to Athletes Unlimited for its stability. She’d been playing in a professional league that had folded a few times, and found few other options available to her. Athletes Unlimited presented a whole new concept to her game, that was molded with the player’s interests in mind.

Last year, Cloud went to one of Ocasio’s games in Chicago, which is where she first met Patricof and Soros, and told them that if they ever considered expanding to basketball, that she’d be the first to sign. This past winter, they told her that they were ready to move forward.

Cloud made good on her promise, signing with the league as one of its first players. She will be joined by two other WNBA veterans: guard Sydney Colson and forward Ty Young. In total, the league will feature 44 players who will compete in a five-week season that runs from January 29 through February 28, 2022. It will be the fourth league in Athletes Unlimited’s network, joining volleyball, softball and lacrosse.

Colson, who has played in 171 games through seven seasons across five WNBA teams, but did not play on a WNBA roster in 2021, sees the league as a chance to springboard back into the league, while competing against elite competition.

“I wasn’t playing in the WNBA this year, so an opportunity to be playing against other players that I know are either in the WNBA or talented players who just haven’t gotten a shot in the WNBA, seemed like a good situation,” Colson said.

“That’s one of the things I was so excited about,” Cloud added. “It’s so hard to not only get in our league (the WNBA) but it’s even harder to stay in our league, because there are not enough roster spots. So Athletes Unlimited presents a different aspect, a different look … We’re going to give players opportunities to be able to show off their talent. I do hope that in doing so that will lead to more opportunities for them moving forward.”

Patricof sees the league as just the beginning for Athletes Unlimited, as it continues to add to its network of professional women’s sports.

“We think there’s a lot of interest, from fans, from media, from players,” Patricof said. “We think there’s room for much more high quality professional sports on the women’s side. If you look at men’s basketball, or soccer, you’ve got multiple leagues operating in the same sport. In men’s lacrosse, you have two pro men’s leagues. We think that there continues to be room for more leagues in women’s professional sports.

“The WNBA is a huge success. Women’s basketball is clearly resonating not just with sports fans but at a cultural and a societal level. I don’t think there’s a sport that’s more relevant and connected both to sports fans and to the broader world we live in.”