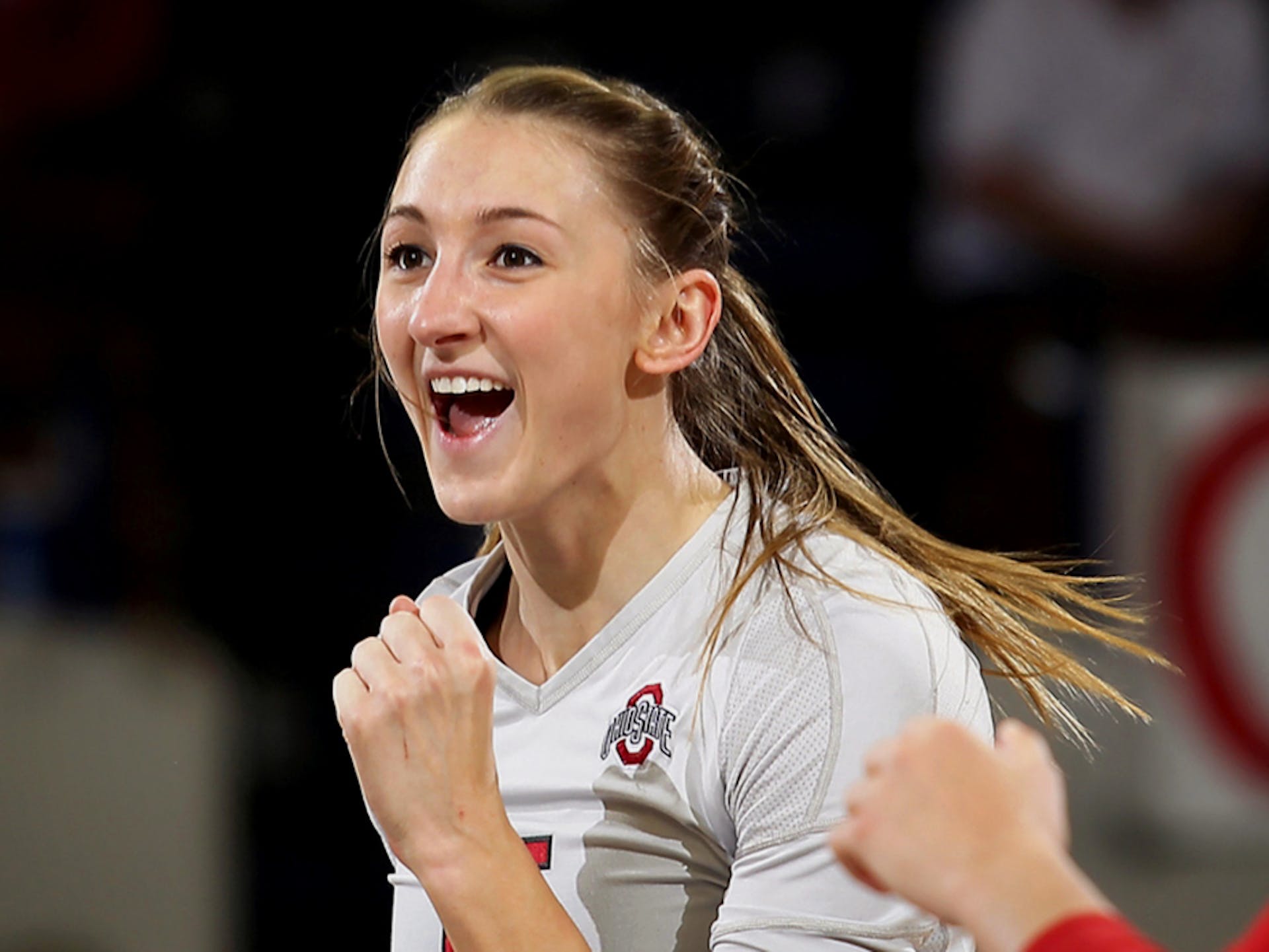 IN THE FACE OF ADVERSITY, AMANDA PETERSON BRINGS HER NEW APPRECIATION FOR LIFE TO THE COURT

Amanda Peterson knows just how close she was to losing everything in July 2014.

“I was literally given a bonus life,” she said reflecting upon that time.

“I was slowly getting sick my last year of college, but I was not being diagnosed with anything,” Peterson said. “And then I got really, really sick at the end of July and finally got a diagnosis.”

The diagnosis? Ulcerative colitis, a potentially life-threatening disease that affects the digestive tract.

“Basically, your body decides that it doesn’t want the large intestine anymore and it starts to attack it and it deteriorates from the inside out,” Peterson said.

“I was losing weight and getting super weak. I was sleeping for 20 minutes at a time for a month.”

She had just completed her fifth year at Ohio State University, where she served as the volleyball team’s setter for four years, qualifying for the NCAA Tournament every year and advancing to the Sweet 16 twice.

After college, she signed her first professional contract to play volleyball in France, but when she realized how serious her diagnosis could be, she had a difficult decision to make.

“Once I got a diagnosis and the doctors told me I might need surgery, then I figured that I cannot commit at this point to being (in France),” she said.

So, she reluctantly backed out of her contract. And that turned out to be the right choice, as she needed emergency surgery just a few days before she was originally scheduled to leave for France.

“(The surgery) was not planned,” she said. “It was a, ‘You have to have this surgery, or you won’t live another week’ kind of a deal. So, it’s probably a good thing that I ended up backing out of that contract, as hard as it was.”

“There were a few days of, ‘Oh my God, I might die. I’m not going to be able to play overseas. My life will probably never be the same again.’ It was kind of a huge brick wall that you hit,” she said.

“Once I understood (the situation) and made peace with that, it was okay. I was ready for whatever was going to happen. I thought, ‘If I die, I die. If I don’t, I don’t.'”

Once I understood (the situation) and made peace with that, it was okay. I was ready for whatever was going to happen. I thought, ‘If I die, I die. If I don’t, I don’t.'
Amanda Peterson,
Athletes Unlimited Setter

“At that point, I couldn’t even walk across the room without passing out,” she said. “The night before surgery I lost my eyesight, I couldn’t use or feel my legs.”

“It was an adventure,” she added lightheartedly.

Peterson needed three surgeries within the next nine months, including two surgeries, six months apart, that both significantly weakened her abdominal strength.

“By the time I got well enough to feel confident again about not hurting myself, then it was time to cut (my abs) open again,” Peterson said.

The most impressive thing? She didn’t do any formal physical therapy after her surgeries. Peterson, who eventually wants to become a physical therapist, listened to what her body needed and trained accordingly.

“The biggest thing, at least the first three months, was just going from not being able to use my abs whatsoever and barely being able to breathe to being able to walk very slowly,” she said.

About four months after her life-saving surgery, she had regained enough strength to run a 5K with her family.

Peterson said it took her at least a full year to get back into really good shape. She had played in her last match at Ohio State at the end of 2012. It was now 2016, and she hadn’t been on the court since. That long of a hiatus can be devastating to a professional career.

She found that team in Austria, who asked her to fly there for a tryout. If she made the team, they would refund her flight. If not, she would take the return trip home and that would be that.

“I put most — all — of my money into that flight,” she said. “I had such confidence in myself that I absolutely could do it.”

And she did. She helped SG Eisenerz/Trofaich reach the playoffs for the first time in the club’s history and loved her time in Austria every step of the way.

“It felt weird because it didn’t feel weird. It just felt like, ‘Yeah, this is where I belong right now.’”

Now, after her time overseas, Peterson is ready to start playing in the United States again.

“I’m just like, ‘I’m going to live it up and be the best version of me possible’ and that involved volleyball, so here we are.”

“The worst that can happen is you die, right? Well I almost did that,” she said with a laugh.

And she’s looking forward to bringing that mentality to the court for Athletes Unlimited starting in February.

“I’m excited to be part of something really exciting and really big that I think is going to be really successful.”