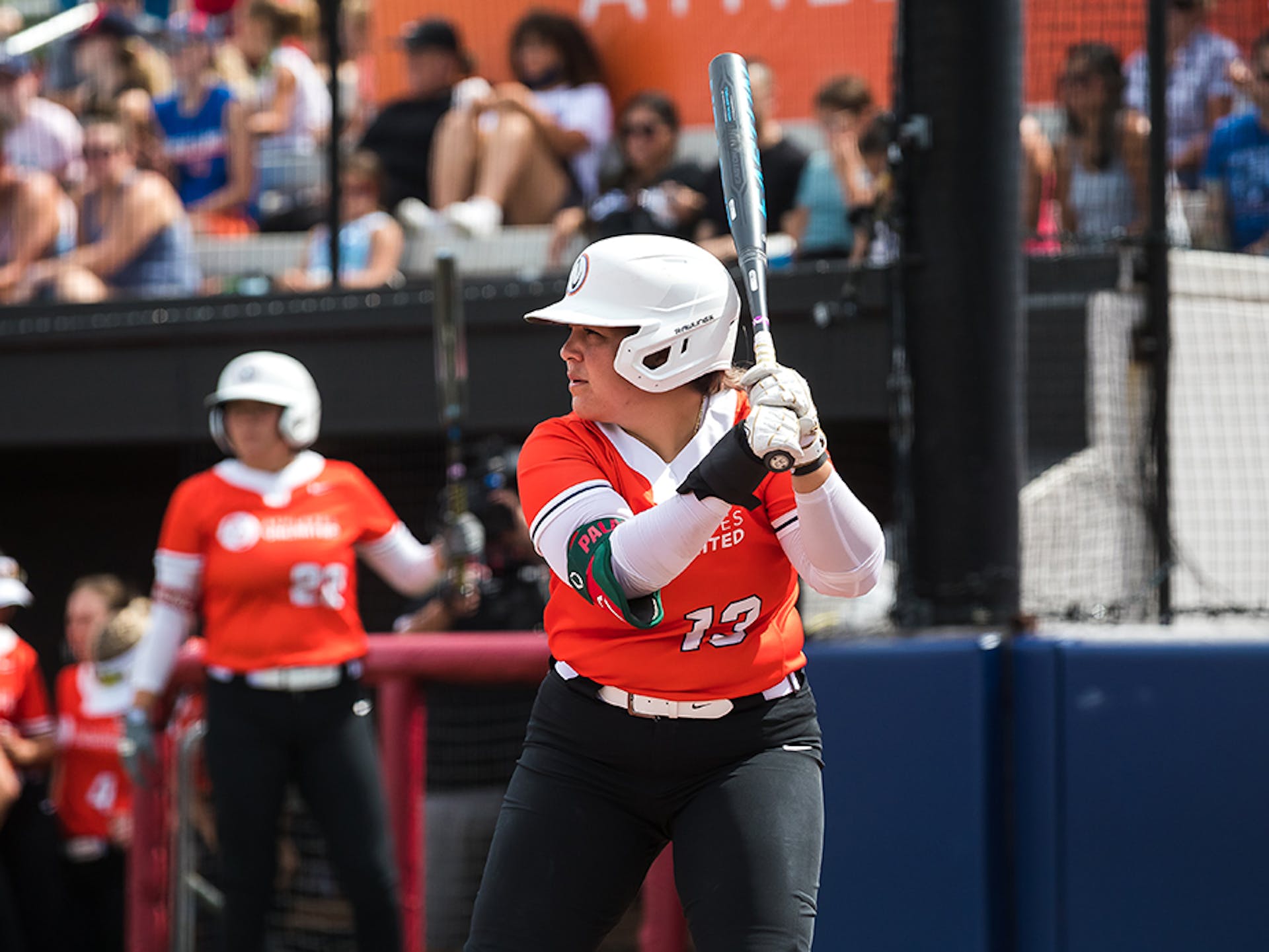 AUX Softball, the additional standalone, two-week competition, announced it will compete in San Diego, Calif. and now it has a location: the season will debut at San Diego State University (SDSU) Softball Stadium on June 13 through June 26.

SDSU Softball Stadium could not be more personal for Player Executive Committee Chairperson and outfielder Victoria Hayward. In 2021, Hayward joined the Aztec softball coaching staff as an assistant.

“Being a part of the San Diego State athletics department, we’re just really trying to push the envelope to grow. We’re a mid-major school, but we have like really big Power 5 dreams,” Hayward said. “I think having a professional [league] around and having that visible to our athletes is pushing us in the right direction of where we wanna go.”

With the Championship season of Athletes Unlimited Softball having a home in Rosemont, Ill., AUX is bringing professional softball to another region of the United States – and in a state with a hunger for the sport. California not only produces some of the top high school softball talent each year but it is also home to universities where the fans ride strong for the sport.

Hayward says SDSU is working to build that same culture in their program. She hopes the presence of AU and its pro players breeds that amongst not only her players, but also the fans in the area. She pushes the Atzec softball athletes to look beyond college as the extent of their careers.

AUX intends to answer the need that the softball community often cries for: more pro softball.

“After four years I’m like, ‘You better still be playing. You better be playing somewhere.’ There are way too many opportunities whether it’s internationally, abroad, in AU. There are so many chances for them to continue to play if they want to.”

For many AU players, this additional season of softball will allow them to compete close to their roots. Twelve of the athletes signed for the AUX season are from California and will play professionally in their home state.

For Sashel Palacios, a San Diego native, the season is right in her backyard. Palacios grew up just 10 minutes from the Olympic Training Center in Chula Vista. Her parents would take her to the exhibition games they played there, especially when softball was a consistent sport in the Olympics.

“I remember going to those games. Seeing it live, waiting for hours for the autographs, and just seeing people that were playing at this high level,” Palacios said.

She didn’t know it at the time, but seeing those Olympians and exceptional softball players made a huge impact on her. She’s excited that there will be access to that same representation for girls in South Bay again.

“I can’t wait for them to see firsthand professional softball and give them something to strive for and look forward to in the next coming years.”

You can expect a Palacios fan section at every game. What this new location affords her and other AU athletes is special – many of their family and friends will be able to see them play in person regularly for the first time in years.

“It’s 20 minutes away from my home, my whole family,” Palacios said. “My grandparents are gonna be able to see me play for the first time professionally.”