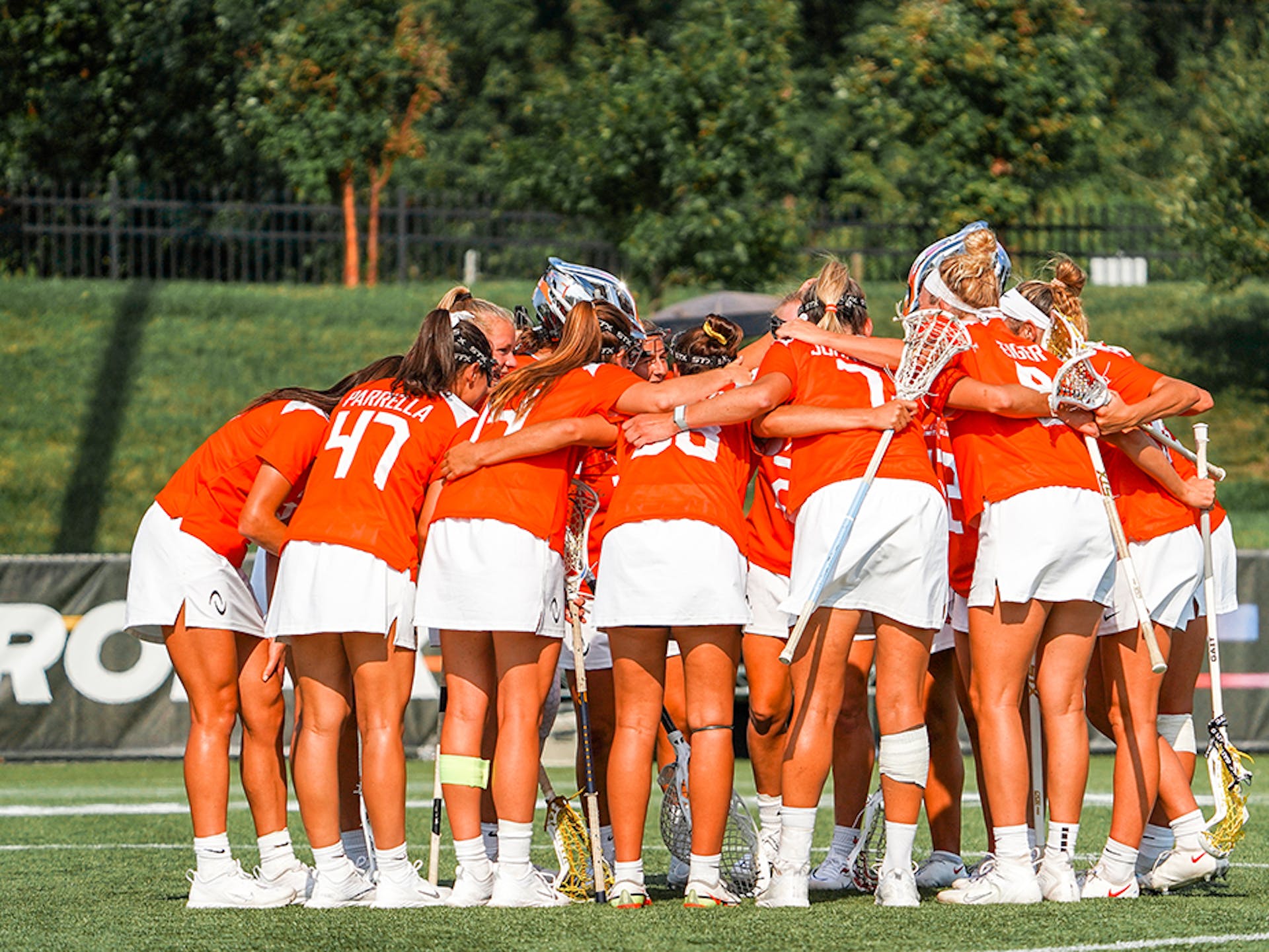 Week 1 of Athletes Unlimited Lacrosse Season 2 was filled with rookie debuts, incredible goals and remarkable saves. Four athletes rose to the top and sit in the captain spots heading into Week 2, while others caught our attention.

Here’s your look at the biggest movers of Lacrosse Week 1.

HOW SWEEP IT IS

While the top four now wear different colors, they were teammates during Week 1. Taylor Moreno, Amanda Johansen, Sam Apuzzo and Dempsey Arsenault – this week’s captains – were members of the undefeated Team Apuzzo during Week 1.

Not only did they win every game, but they also won 11 out of 12 quarters they played, accumulating 355 win points. That’s 190 points more than Team Glynn, who had the second-best performance of the week earning 165 win points.

ALL EYES ON THE ROOKIE

Athletes Unlimited Lacrosse draftee Taylor Moreno made her professional debut during Week 1. The former Tar Heel and NCAA Champion didn’t hesitate to show off her skills in goal.

Moreno made 26 saves and allowed only 15 goals for Team Apuzzo. She also set the single-game leaderboard points record on Sunday afternoon, earning 241 points, which pushed her into the No. 1 spot.

Her play has also caught the eyes of her teammates and opponents, who voted her an MVP twice over the weekend.

Three players are at the top of the stat sheet in goals this season: Charlotte North, Lauren Gilbert and Amanda Johansen. Each has seven through three games.

Johansen sits at No. 2 on the leaderboard just five points behind Taylor Moreno after completing her first career hat trick on Saturday. She followed that performance with another on Sunday. Two of her seven goals were 2-point tallies, while ground balls and draw controls have also contributed to her stat points with 12 and eight, respectively.

We’re keeping Gilbert and North on our radar for Week 2. North is tied with Johansen with two 2-point goals this season.

Gilbert, who is No. 5 on the leaderboard, picked up 84 stat points on goals, including scoring the first of Season 2.