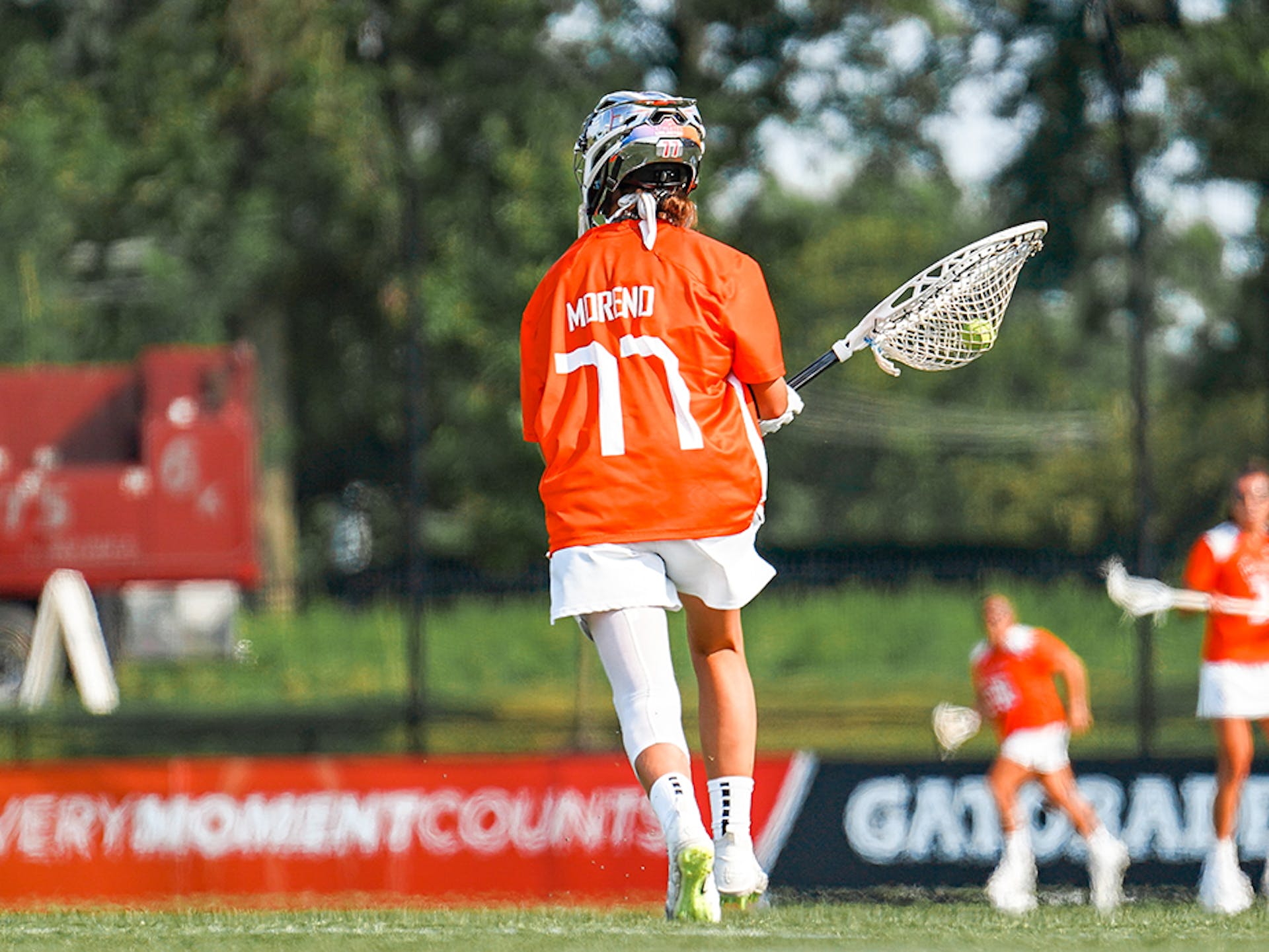 SPARKS, Md. — The only thing that might have gone wrong for Team Apuzzo during the opening week of the 2022 Athletes Unlimited Lacrosse season is the fact the team will not get to play together again in Week Two.

Another dominating performance on Sunday afternoon allowed Team Apuzzo to take a strong hold on the top of the leaderboard after a 10-5 victory over Team Waters to close out the Week One schedule at USA Lacrosse Headquarters.

Goalkeeper Taylor Moreno had a record-setting performance while anchoring Team Apuzzo’s defensive effort. The rookie netminder from the University of North Carolina leapt to the top of the leaderboard after securing an Athletes Unlimited Lacrosse single-game record 241 leaderboard points, including the game’s MVP 1 designation.

Midfielder Amanda Johansen also put together an impressive finish to her opening week with 213 points, including the MVP 2 distinction, after netting three goals, including a two-pointer, with two ground balls, a caused turnover and two draw controls.

Attacker Nicole Levy completed the MVP sweep after registering 176 points on the strength of three goals and three assists.

Led by Moreno, who tallied 10 saves with a caused turnover and a ground ball, Team Apuzzo limited Team Waters to just five goals, including two in the second half.

Midfielder Marie McCool paced Team Waters in the loss with two goals and one assist, while attacker Alex Aust Holman added a goal and an assist. Goalkeeper and team captain Caylee Waters notched eight saves in the setback.

Team Apuzzo sprinted to a 3-0 lead in the game’s opening seven minutes and never looked back. The squad led by just one point after back-to-back markers from Team Waters, but a two-point goal from Johansen extended the advantage to 5-2.

Moreno’s record-setting performance vaulted her to the top of the leaderboard with 581 points after the first week of the season. Johansen stands in second place with 576 points, while Sam Apuzzo and midfielder Dempsey Arsenault follow in third and fourth places, respectively.