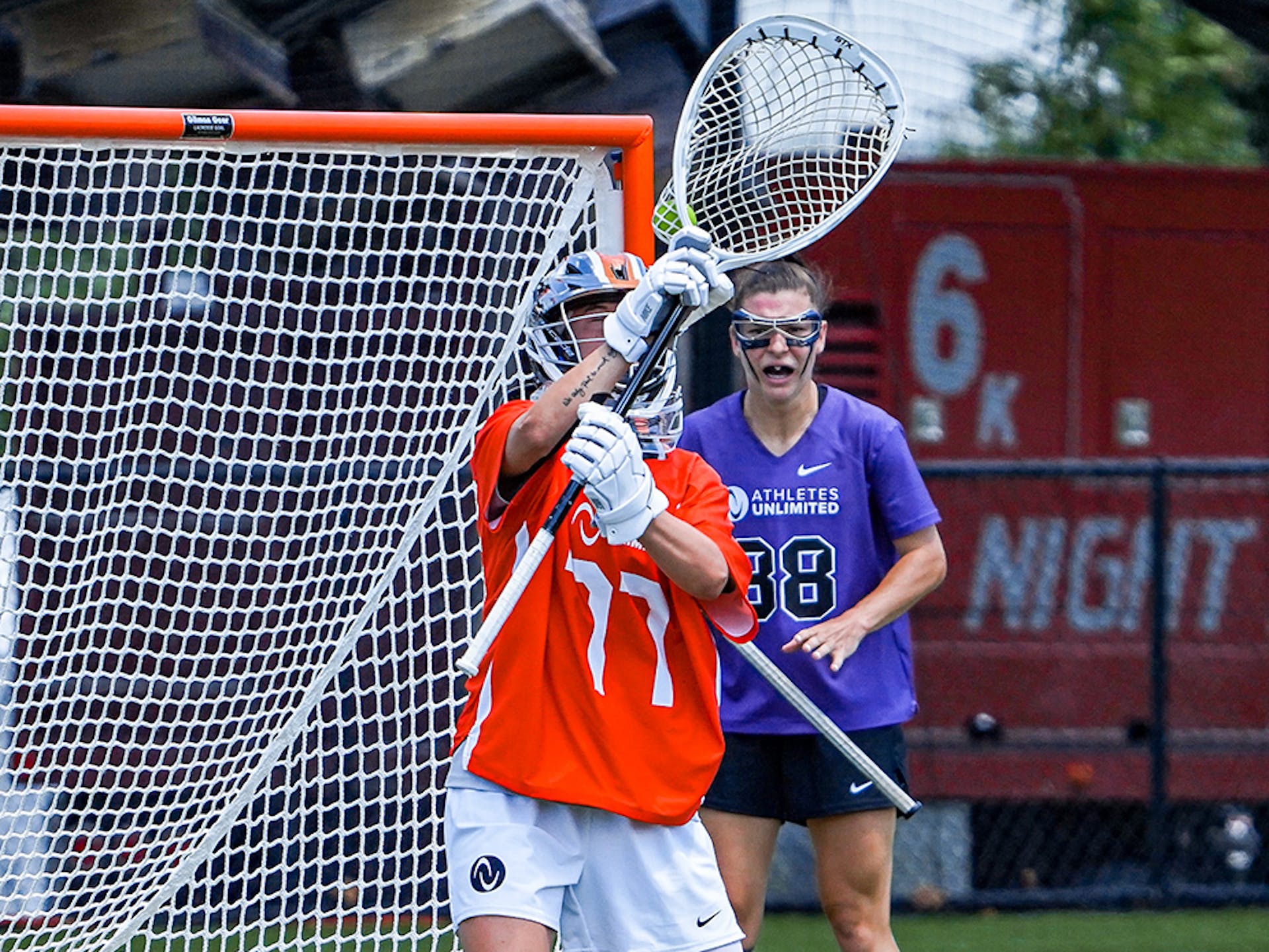 Johansen, who also tallied an assist in the victory, earned MVP 1 honors as Team Apuzzo upped its record to 2-0 in the opening week. She also added five ground balls, four draw controls and two caused turnovers.

Goalkeeper Taylor Moreno followed with 200 leaderboard points after garnering MVP 2 distinction in the victory. The rookie from the University of North Carolina made 10 saves, including five in the final quarter, as Team Read was limited to just 5-for-22 shooting.

Team Read, which saw its record fall to 1-1, was paced by two goals from rookie attacker Aurora Cordingley. Goalkeeper Britt Read, the game’s MVP 3 selection, authored 11 saves with an assist in the setback.

Team Apuzzo, which never trailed in the game, got off to a blazing 5-1 start in the game’s opening four minutes. Midfielder Dempsey Arsenault scored twice with an assist during the outburst.

Johansen (381 points) and Moreno (338 points) vaulted to the top of the leaderboard with their stellar performances. Team Apuzzo captain Sam Apuzzo holds the No. 3 position after registering 141 points in the victory on Saturday.