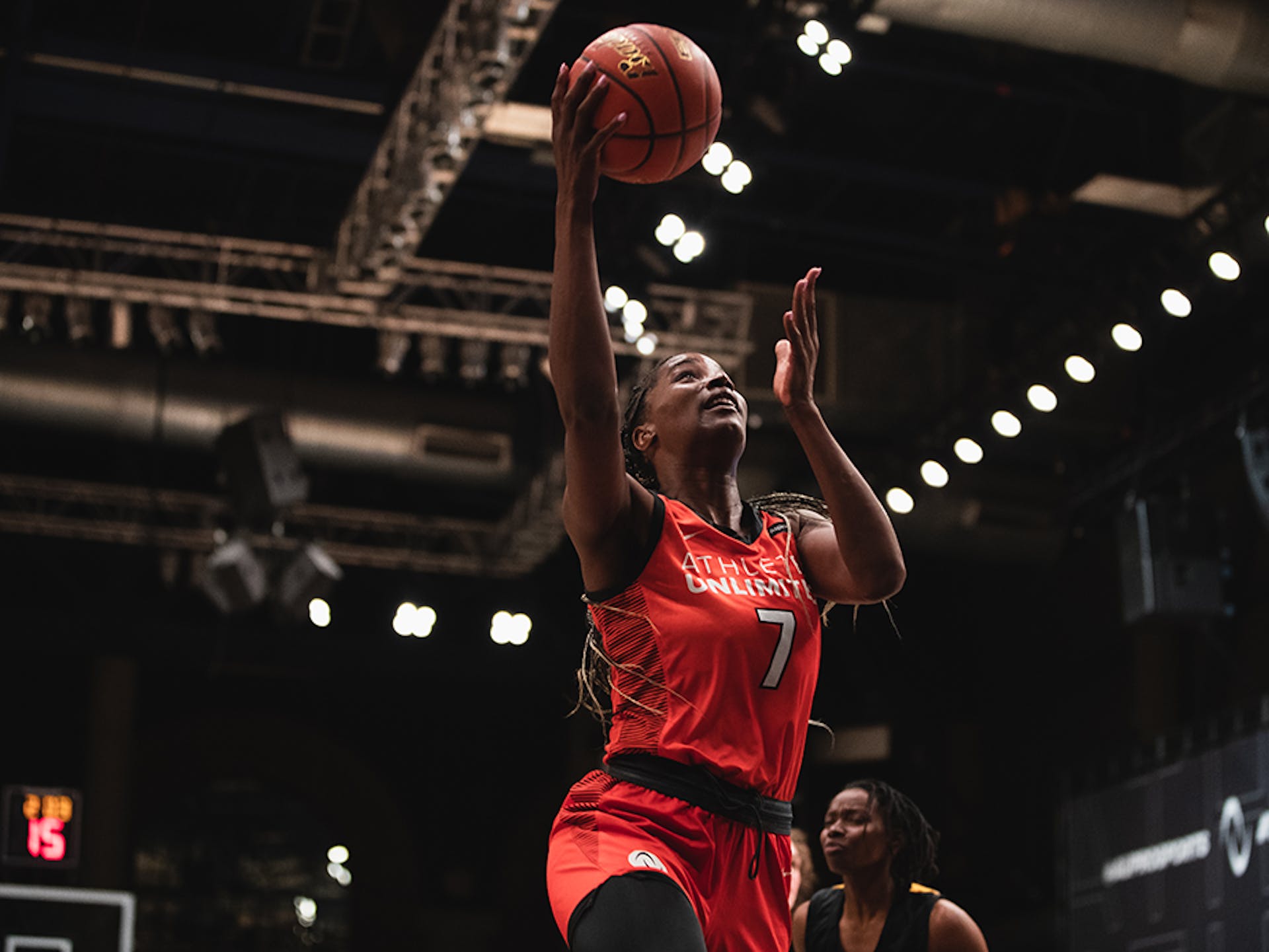 AU Hoops in the WNBA: Congrats are in order for multiple milestones

We’ll need to stop at the florist for this one.

Major statistical benchmarks were reached for three Athletes Unlimited hoopers this week in the WNBA. Let’s give those ballers their flowers and check in with who stood out in Week 3 of the 2022 season.

Natasha Cloud is back: “They done let the dawg out”

Washington Mystics point guard Natasha Cloud returned to team activities this week after missing games due to entering COVID-19 health and safety protocols. As Cloud captioned on her Instagram post ahead of their game against the Dallas Wings on Tuesday, “They done let the dawg out”.

She came back and dished out a game-high seven assists with 10 points in their win against the Dallas Wings. Later in the week against the Atlanta Dream, she added 16 points to their 78-73 come-from-behind win. Cloud has logged at least five assists in a franchise-record nine consecutive games dating back to last season.

The Mystics bench outscored Atlanta’s 25 to 10. Washington is now 3-1 when outscoring their opponent’s bench and Tianna Hawkins has been finding her place in the depth in DC.

There were two ties and three lead changes in the final 2 1/2 minutes, against the Dream, the last of which came when Hawkins made two free throws to give the Mystics a 74-73 lead with 41.5 seconds left.

They fell a game behind the first-place Las Vegas Aces in ESPN’s WNBA Power Rankings due to their loss to Chicago on Sunday.

This week they’ll see Atlanta again at home on Tuesday and travel for an #AUHoops match up with the Connecticut Sun on Saturday.

Carrington shines in any role for the Sun

With the debut of Courtney Williams for the Sun, DiJonai Carrington was moved out of the starting five for Connecticut but didn’t miss a beat.

They head into this week with three wins: a dominant 92-65 victory over the New York Liberty, and two dubs against the Indiana Fever. She contributed eight, 10, and 11 points respectively, and was especially a spark plug in the first half of the Sun’s initial meeting with the Fever. In her 13 minutes in the first two quarters, she scored seven along with a rebound and steal.

It's been wonderful to witness the leap DiJonai Carrington has made early in her sophomore season. She's playing with such confidence and has brought tremendous energy whenever she's on the court, regardless of role. #CTSun

In that outing, Carrington eclipsed 100 points in her WNBA career. She now has 110 points in two seasons thus far with the Sun.

This week will feature a homestand with back-to-back games against Dallas at home (Tuesday and Thursday) and Washington on Saturday.

Kelsey Mitchell is a walking bucket. 🪣

This season, Mitchell has scored 20+ points in four of Indiana’s seven games and set a franchise record in the 4th quarter of their match-up with Connecticut, putting 19 on the board.

This week the Fever is at Chicago on Tuesday then back home to host the Sparks (Friday).

Jantel Lavender continues to be a consistent presence for the Seattle Storm off the bench, with five points and five rebounds in their win over the Chicago Sky on Wednesday.

This week the Storm will take a cross-country trip for two games against New York (Friday and Sunday).

The improvement of Lexie Brown, Natasha Cloud and Dijonai Carrington make a great advertisement for @AUProSports. Cloud has become a bonafide star for the Mystics while Brown and Carrington went from end-of-the-bench pieces to valuable starters for their respective teams.

Cheers to the Athletes Unlimited Basketball hoopers who had much to celebrate personally this week hitting career milestones. And let’s raise another to competitive games in week 4.