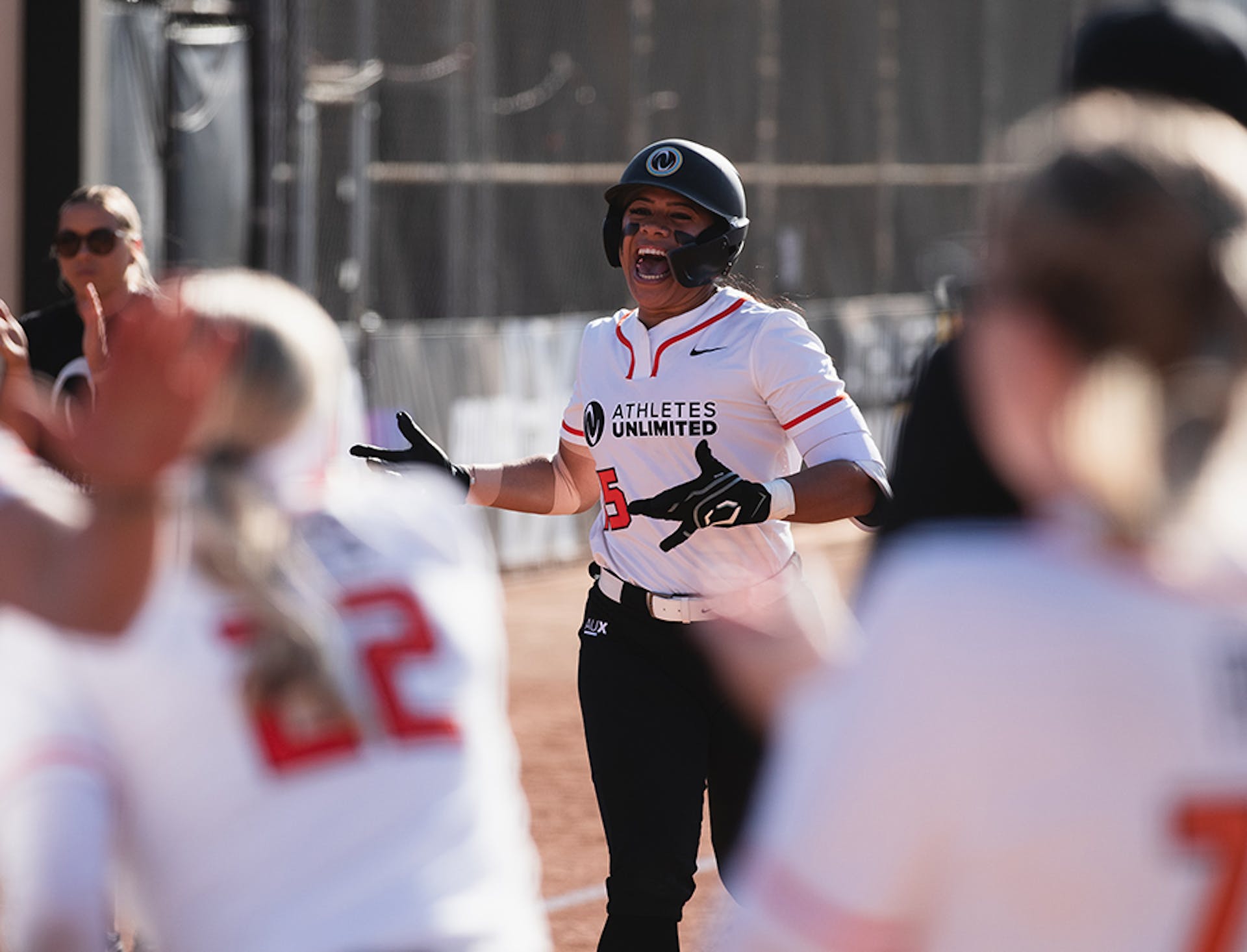 But, it was Team Chidester who tallied the final leaderboard points as shortstop Sis Bates scored the winning run in the bottom of the eighth inning to secure a 9-8 victory over Team Eberle.

The win upped Team Chidester’s record to 2-0 in the opening week, while Team Eberle stands at 1-1 following the extra-inning setback.

Designated player Dejah Mulipola took home an outstanding 250 leaderboard points after leading Team Chidester to the victory. Mulipola, who entered the day tied for 24th on the leaderboard, went 4-for-4, including a triple and a home run, with four runs scored and two runs batted in. She also secured MVP 1 honors to earn 60 points.

Pitcher Georgina Corrick earned the first win of her professional career after scattering three hits in 3.0 innings of relief. The former South Florida standout also posted a pair of strikeouts.

Team Eberle, which opened the season with a win over Team Ocasio on Monday, was led by a four-hit performance from center fielder Victoria Hayward. Hayward also drove in two runs and scored a run.

Left fielder Megan Wiggins blasted a home run for the second straight game and closed the extra-inning affair with a 2-for-5 effort with three runs batted in.

With one out and Bates on second base, outfielder Haylie McCleney drew a walk before Zerkle’s infield single loaded the bases. Chidester ended the game when an errant throw allowed Bates to score and secure the victory.

Mulipola’s 250 leaderboard points allowed her to move to the top of the standings, rising 24 spots from Monday. Second baseman Andrea Filler also made a large move up the leaderboard after netting 160 points.