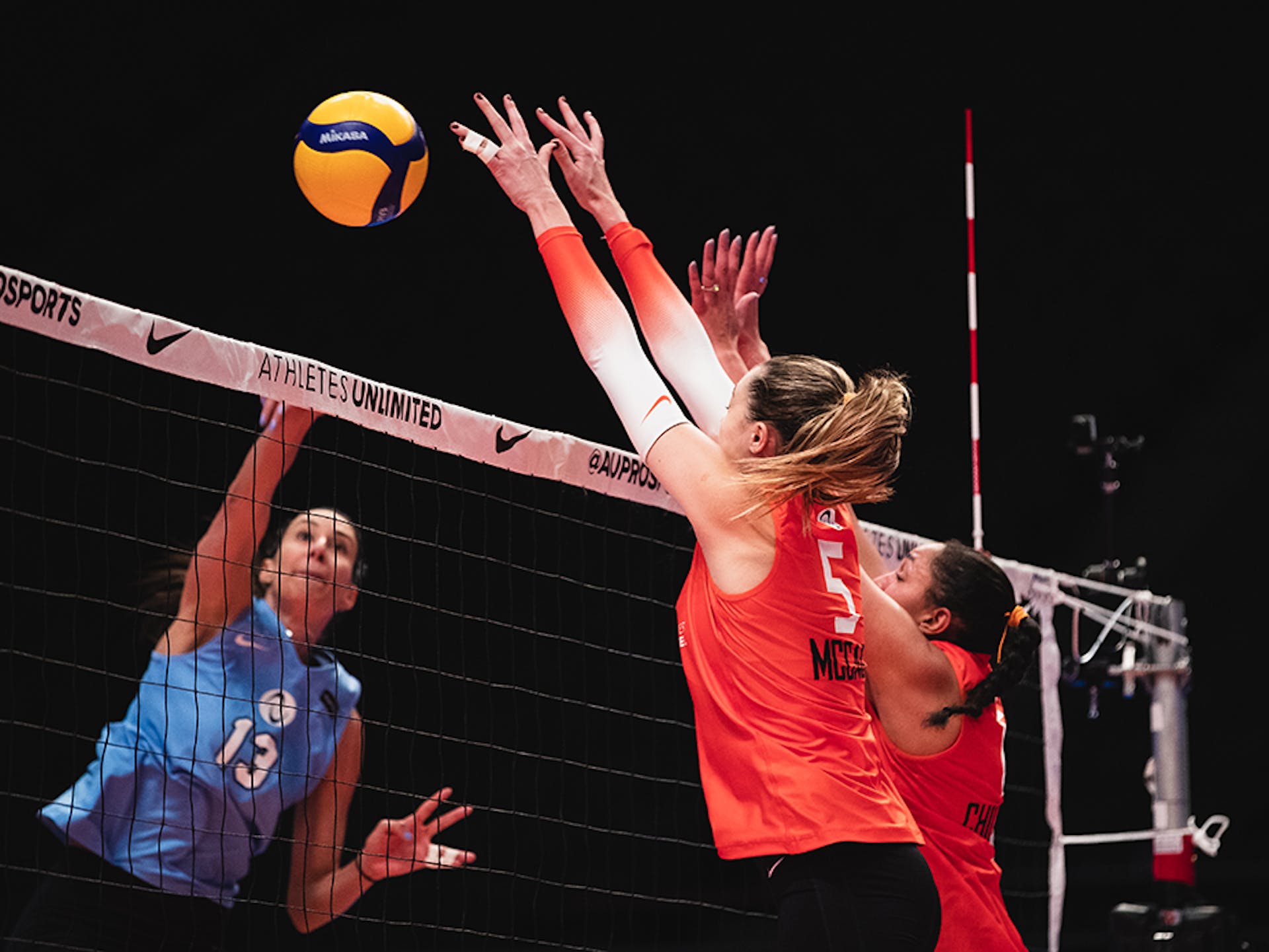 November 15, 2022, New York, N.Y. – Athletes Unlimited Volleyball is expanding in 2023, with a new media rights agreement with ESPN for its third championship season in the fall. In October and November, the full 30-match championship season will air exclusively live on ESPN’s television networks and ESPN+. This marks an expansion of Athletes Unlimited’s relationship with ESPN, which exclusively carries its softball and lacrosse competitions. ESPN’s coverage of Athletes Unlimited Volleyball in the fall will complement its coverage of NCAA women’s volleyball at the same time of year.

In addition, a new volleyball exhibition tour will be added in the spring. The Athletes Unlimited Volleyball Exhibition Tour will feature a team of its professional athletes traveling across the U.S. to play a series of exhibition matches against top college programs, while promoting the sport at a grassroots level and previewing the fall championship season.

The Athletes Unlimited Volleyball Exhibition Tour will begin on March 23 and run through April 21, and feature a roster of 15 top professional players visiting eight top college programs (including six of the top 15 schools in the current volleyball rankings) and playing exhibition matches on their campuses. They will also visit two of the largest youth tournaments in the U.S., with the AU pros splitting into two teams for a head-to-head exhibition.

In addition to the matches, Athletes Unlimited athletes will visit local clubs, schools and community events, host clinics and other activities geared towards promoting the sport and building excitement about the Athletes Unlimited Volleyball championship season in the fall.

During the Exhibition Tour, a number of Athletes Unlimited players will have the opportunity to return to their alma mater and compete against their college program.

McCage, a four-year letter winner at Texas, was a two-time AVCA All-America selection for the Longhorns from 2012-15. The Spring, Texas native ranks among Texas’ career leaders with 459 block assists and 498 total blocks and was a finalist for the 2015 Senior CLASS Award.

McClendon, a four-time AVCA All-America performer for the Nittany Lions, led Penn State to a pair of NCAA crowns during her freshman and senior seasons. Honored as the Most Outstanding Player at the 2010 NCAA Championship, McClendon closed her career as one of eight players in school history with 1,000 career kills and 1,000 career digs.

Fairs, a native of Houston, Texas, was an All-Atlantic Coast Conference selection during her lone season at Louisville after leading the Cardinals to the league crown. She joined Louisville after spending three years at South Florida where she earned American Athletic Conference Player of the Year honors in 2013 and a pair of All-AAC commendations.

Reid, who starred at Minnesota from 2015-19, earned Honorable Mention All-America commendations during her junior campaign in 2018 after leading the Golden Gophers with 108 block assists. She also set the Minnesota single-match record by posting a .923 hitting percentage on Sept. 28, 2018, with 12 kills on 13 attempts against Indiana.

A three-time Big Ten Conference Setter of the Year and 2021 NCAA Champion, Hilley finished her career ranked first in Wisconsin history with 6,220 assists. She was a First-Team AVCA All-America selection in 2019, 2020 and 2021, while earning Second-Team notice in 2018.

“Volleyball is clearly gaining in popularity, both in terms of participation as well as fan interest at all levels. As the only professional league in the United States, we’re excited to expand Athletes Unlimited Volleyball to give more people access to the highest level of the game,” said Cassidy Lichtman, Director of Sport for Athletes Unlimited Volleyball. “It’s amazing to see industry leaders like ESPN recognize the value of the sport and invest in its future. The Exhibition Tour is a great opportunity to reach the many volleyball fans across the country at the collegiate and youth levels and it will be really special for our athletes to go back to the places and programs that set them on the path to their professional careers.”