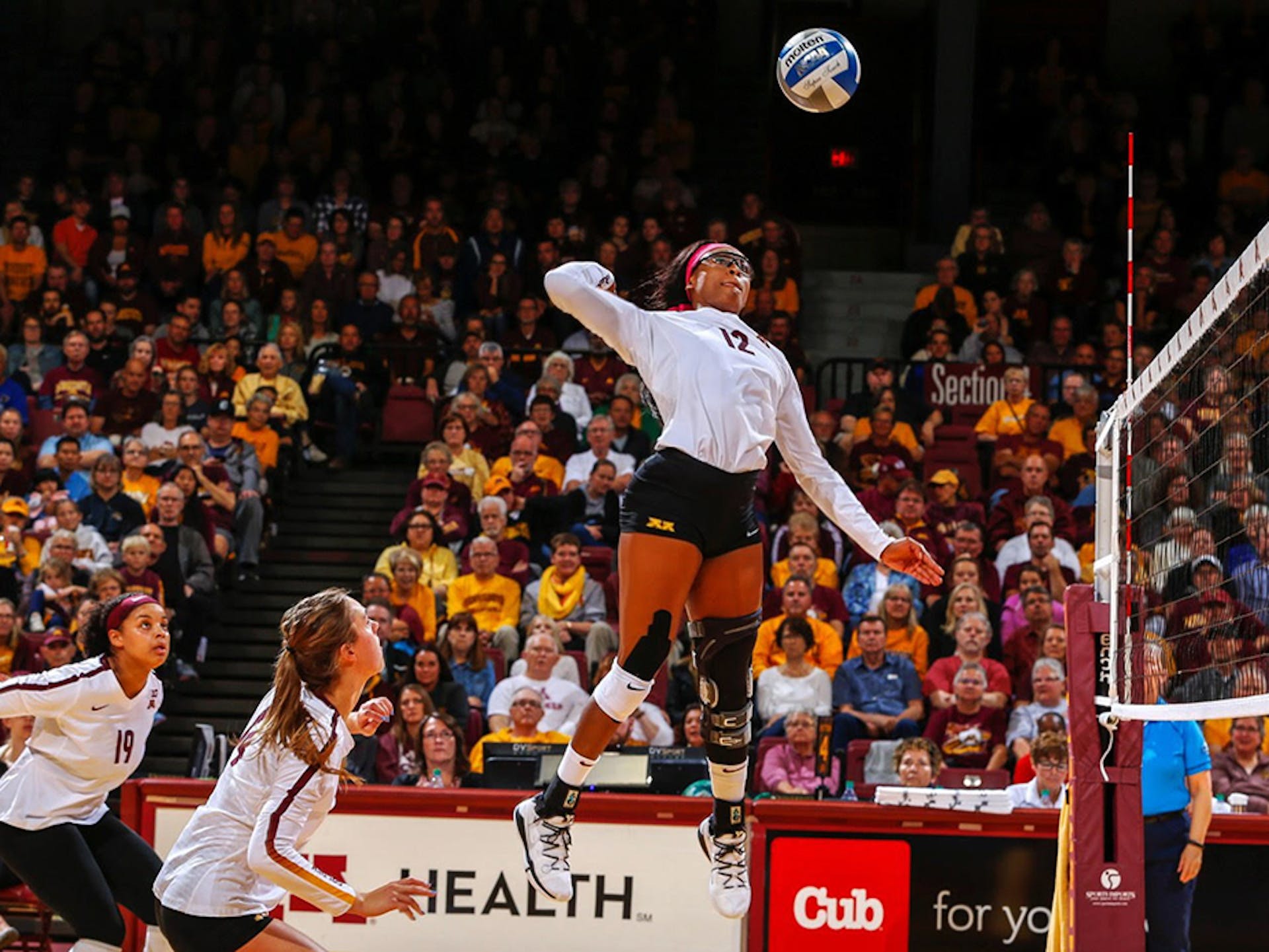 Playing professional volleyball for Athletes Unlimited is a dream come true for University of Minnesota alum Taylor Morgan. Her journey to this point, however, has been far from easy and filled with challenges and setbacks that made her question whether her career would extend beyond playing at the collegiate level.

As a member of both the track and volleyball teams in high school, Morgan’s competitive natured developed at an early age. When it came to volleyball, the odds were always stacked against her, Morgan said, but track on the other hand, was in her blood. Her dad, Matt Bingle, is the Director of Track & Field/Cross Country at the University of Minnesota and even offered her a spot on the roster.

Despite her love for track, Morgan chose to pursue volleyball and accepted an offer to play volleyball at the University of Minnesota because it brought out a different side of her – a more competitive, gritty side.

I’m a competitor. I can hang with people. I’m gritty. I’m fiery and I love the sport of volleyball.
Taylor Morgan,
Athletes Unlimited Volleyball

When it came to volleyball, Morgan had to work harder to learn the rules, positions and find where she fit best. What she learned along the way was that despite people telling her she couldn’t do something, she proved she could.

“It’s that underdog mentality and I like it that way,” Morgan said. “I love volleyball. I love that I can be aggressive. You can’t really do too much of that in track.”

While Morgan may have faced challenges in her high school days of playing, none compared to the test she faced in college. Throughout her collegiate career, Morgan had to undergo four knee surgeries and was told she would never play at the high level she had become accustomed to. Just as she had done before, Morgan chose to keep fighting rather than accept the news.

On the days when she didn’t feel like she could push through the pain, she drew strength from her faith was able to keep going.

“I was able to draw closer to Christ and he eased my mind,” Morgan said. There was one more thing that helped her: her mom.

Mental toughness is often something that separates the good from the great, something Morgan quickly learned, and her recovery as just as much mental as it was physical.

“I made up my mind that I was not getting hurt anymore and haven’t had surgery since,” Morgan said.

Athletes Unlimited will be Morgan’s first time playing at the professional level, while many of the other athletes have years of professional experience under their belt. Yet again, she finds herself playing the underdog role.

“All of the cards are stacked against me, but one thing I do know, is that’s when God can show out,” Morgan said. “I’m a competitor. I can hang with people. I’m gritty. I’m fiery and I love the sport of volleyball.”

In February, she’ll get that chance along with the other 43 athletes excited to take the court and represent Athletes Unlimited Volleyball in its inaugural season.