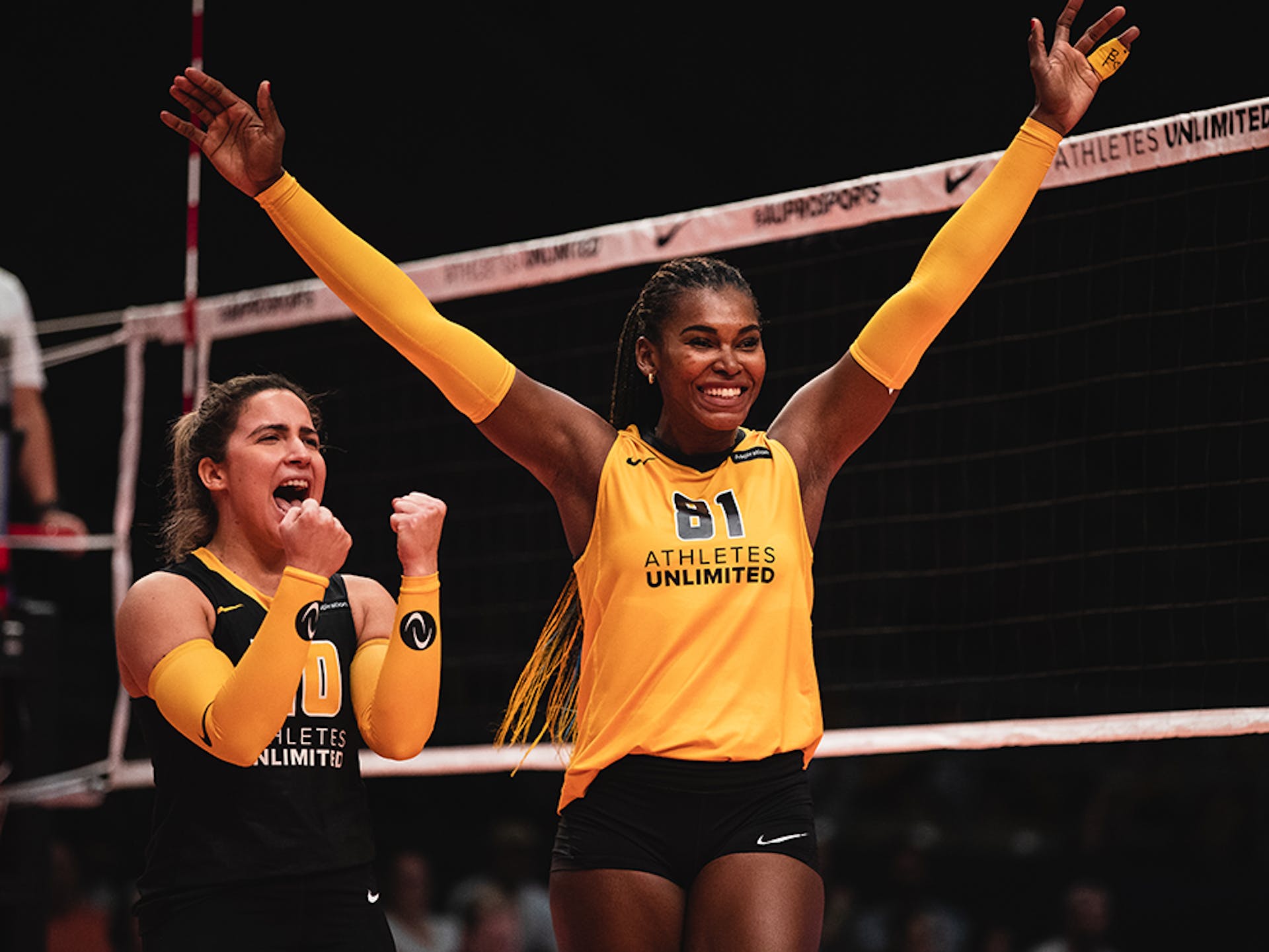 De La Cruz, who finished in second place during the inaugural season, served as captain for all five weeks and earned the title with 4,652 points. She led the league in kills (233) and aces (18), while adding 168 digs.

“I came to this league and the fact that I can do it with my family and close to home is something that I truly won’t forget, especially for my son [to be here],” De La Cruz said. “The fact that he came here and learned a lot about the game and was with all of us together, it’s emotional for me and it motivates me to play better.

“I want to thank all the [athletes] for showing us just what us women can do… Thank you.”

Rounding out the top four are Natalia Valentin-Anderson, Dani Drews and Cassidy Lichtman.

Valentin-Anderson accumulated 3,337 points across 15 matches and led the league in assists, putting up 543 which ranks second in career assists behind Brie King, who tallied 570 during the 2021 season. Valentin-Anderson also had 195 digs – third-most this season – and was the only non-libero in the top four in the category.

Lichtman, who slid into the captain’s spot for the first time in Week 5, finished the season at the No. 4 spot on the leaderboard with 3,279 points. She had 88 kills and 144 digs, including a season-high 18 to cap the season.

The Dream Team was voted on by players and facilitators.

Hentz was also named the GEICO Defensive Player of the Year by players, facilitators and members of the Unlimited Club. She led the league with 229 digs, which also set a new single-season digs record, previously held by Kristen Tupac (200). Hentz received a $5,000 award in addition to her medal.

“I feel very honored to be recognized as the GEICO Defensive Player of the 2022 AU season,” Hentz said. “There are so many hard-working and talented players as part of this league who have made this season incredibly competitive and fun. I’m extremely thankful to have played with and against so many wonderful, strong and intelligent women.”

For the second-consecutive season, AU honored an athlete who exemplified the attributes of good character, integrity and sportsmanship with the 2022 Sportsmanship Award. The 2022 recipient is Ray Santos, as voted on by her peers.

“I’m very emotional winning this award tonight,” Santos said. “There’s such great people here, and the fact that I was able to help the girls bring joy and just stay positive for them, is a huge impact for me, because, you don’t have to be on the court to make an impact, you can also impact people from outside of the court and that’s something I will cherish forever.”

With another successful season in the books, capped by record-breaking moments and league firsts, Athletes Unlimited Volleyball will return for a third year in 2023.