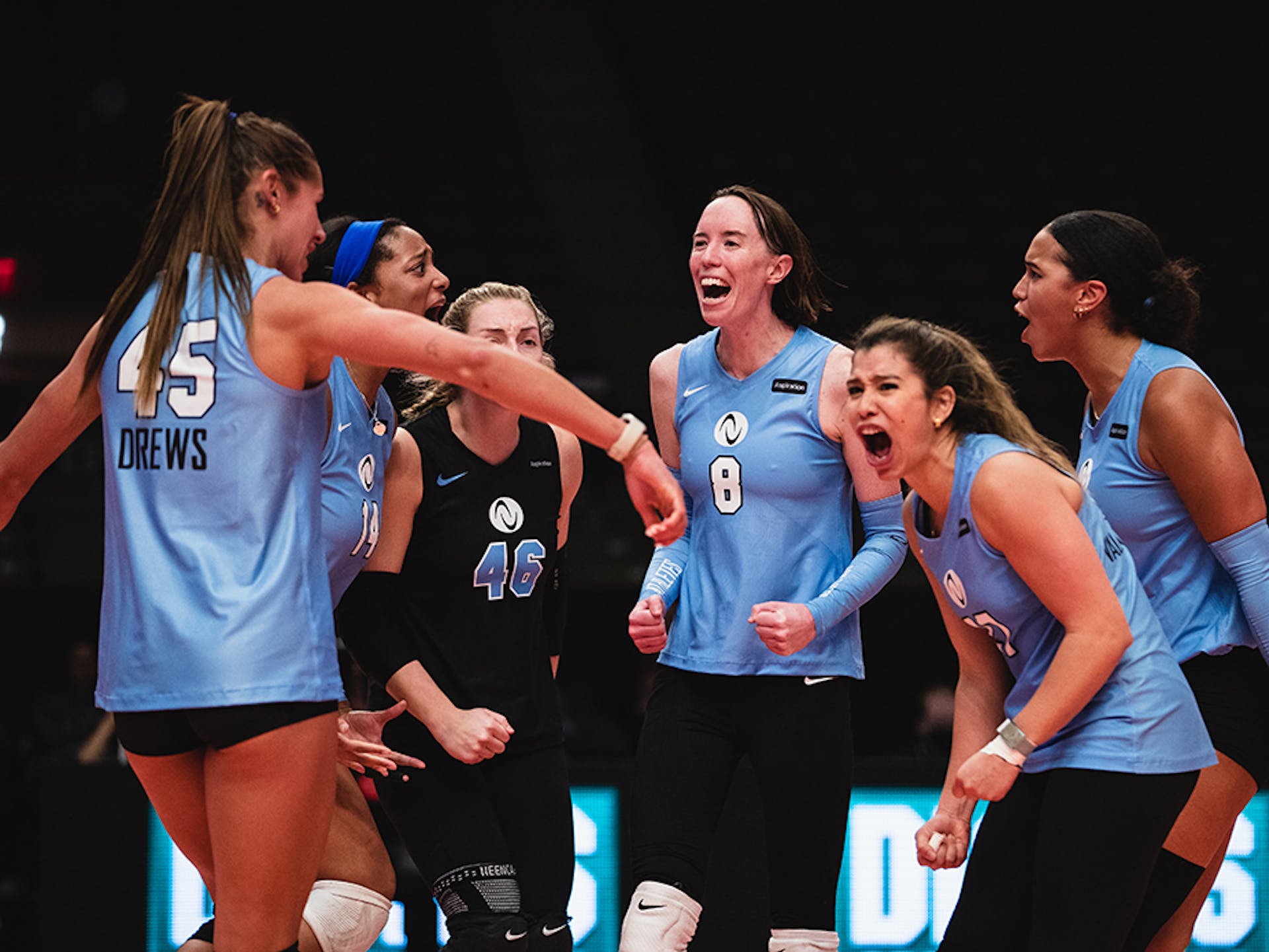 DALLAS — Outside hitter Dani Drews put together her best performance of the season with 20 kills and a .462 hitting percentage as Team Drews routed Team De La Cruz, 77-59, to close out Friday’s Athletes Unlimited Volleyball doubleheader at Fair Park Coliseum.

Drews, who reached double figures in kills for the eighth consecutive match, finished with 20 kills on 39 attack attempts with just two errors. She also added four digs and two blocks.

Team Drews used a dominating .345 hitting percentage and seven aces to sweep the match. After winning by a 25-17 margin in the first set, Team Drews held off a late rally by Team De La Cruz to post a 27-25 verdict in the middle set. The squad put the finishing touches on the victory with a 25-17 verdict.

Led by its captain, Team Drews secured all 180 win points in the victory. Drews, meanwhile, finished with 408 leaderboard points after claiming MVP 1 honors for the third time this season. Hentz, who claimed her fourth MVP award of the season, added 303 points to go with 288 points from Valentin-Anderson.