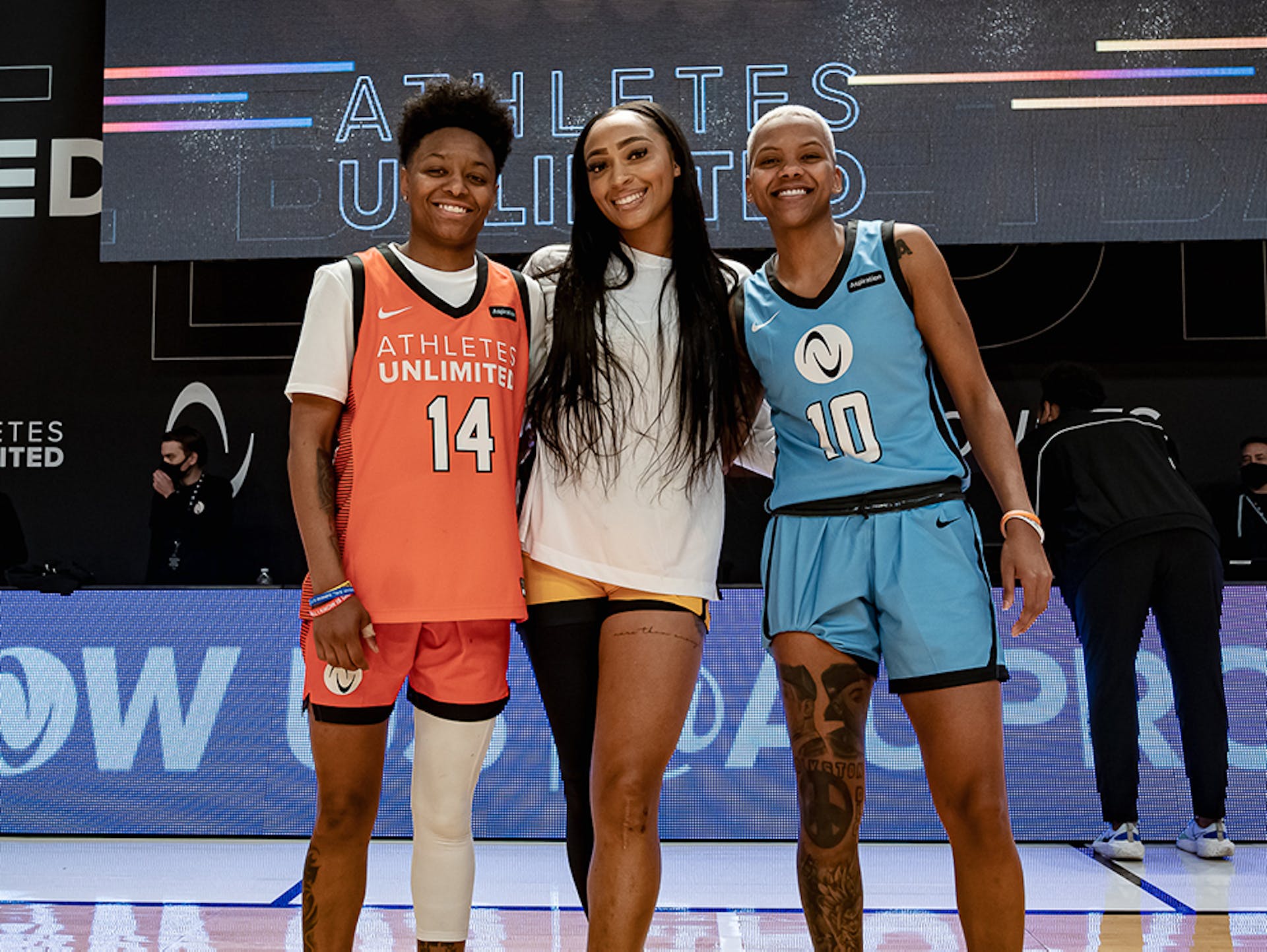 Courtney Williams is returning to the Connecticut Sun on a one-year deal, the team announced Wednesday.

The WNBA All-Star spent the past two seasons in Atlanta after playing in Connecticut in 2019. She received a suspension from the WNBA and the Atlanta Dream declined to re-sign her and former teammate Crystal Bradford after their involvement in an altercation outside an Atlanta-area club last May, which went viral on social media in a now-deleted video.

Williams is ready to put that situation behind her.

“Just going through all of that taught me that I have to be more mindful,” Williams said. “We all have a platform. And when you do certain things, people can take it a certain way. But once it’s out there, it’s out there and you can’t take it back. At the end of the day it went the way that it went. I had to take that on the chin because I put it out there thinking it would be one way and people took it another way.

“You can’t control how people take things. All I can do is control what I can control. It was a learning experience for me.”

She also wanted to set the record straight on her departure from the Sun in 2019, when she was acquired by the Dream in a three-team trade.

“You know, [the Sun] always had my back and never judged me no matter what situation I’ve been in,” Williams said. “We had some hiccups with me leaving. But that was never based off loyalty. That was just based on finances. Just going out into that water, going to make more money [in Atlanta].

“Going into this year the biggest thing for me was going somewhere where I knew the people that I was going to be around were going to have my back and my best interest in mind. To be able to come back on that team with those same players was a no-brainer for me. I’m super excited.”

Williams played an instrumental role in the Sun’s 2019 WNBA finals run against the Washington Mystics. Throughout her three full seasons with the Connecticut Sun from 2017-2019, Williams played in 98 games and averaged 12.7 points, 5.2 rebounds, three assists and 0.9 steals in 27.4 minutes per game.

Last year, the Sun concluded the regular season with a 26-6 in the record, and appeared in the WNBA semifinals.

“We are excited to welcome back Courtney to Connecticut,” Connecticut head coach and general manager Curt Miller said in a statement. “Courtney is a fan favorite, and her energy is contagious to her teammates.”

“I know my journey took a turn. In 2020 I didn’t get drafted, and when the pandemic hit I didn’t get invited to training camp. I knew it was going to be a different road for me, but my dream was to always make it to the WNBA.”

“Her energy is contagious,” Miller told Athletes Unlimited. “She is a two-way player. A disruptive defensive player and an offensive facilitator, who is the best at her position.”

Cole is averaging 12.5 points, 5.6 rebounds, 2.6 steals and 5 assists in 40 minutes a game, and became the third member of the Sun to participate in Athletes Unlimited.

“Everybody is congratulating me but all I could think about was that tryout table in Atlanta,” said Cole, who earned her Athletes Unlimited spot at open tryouts in December. “And now, we’re only two weeks in and I’ve signed a WNBA contract. In 10 years I’m not going to be the first story…

“But, I’m still going to play like I have something to prove and with a chip on my shoulder. I want people to know that I’m a fighter and stayed true to myself. I never gave up on my goals and dreams.”