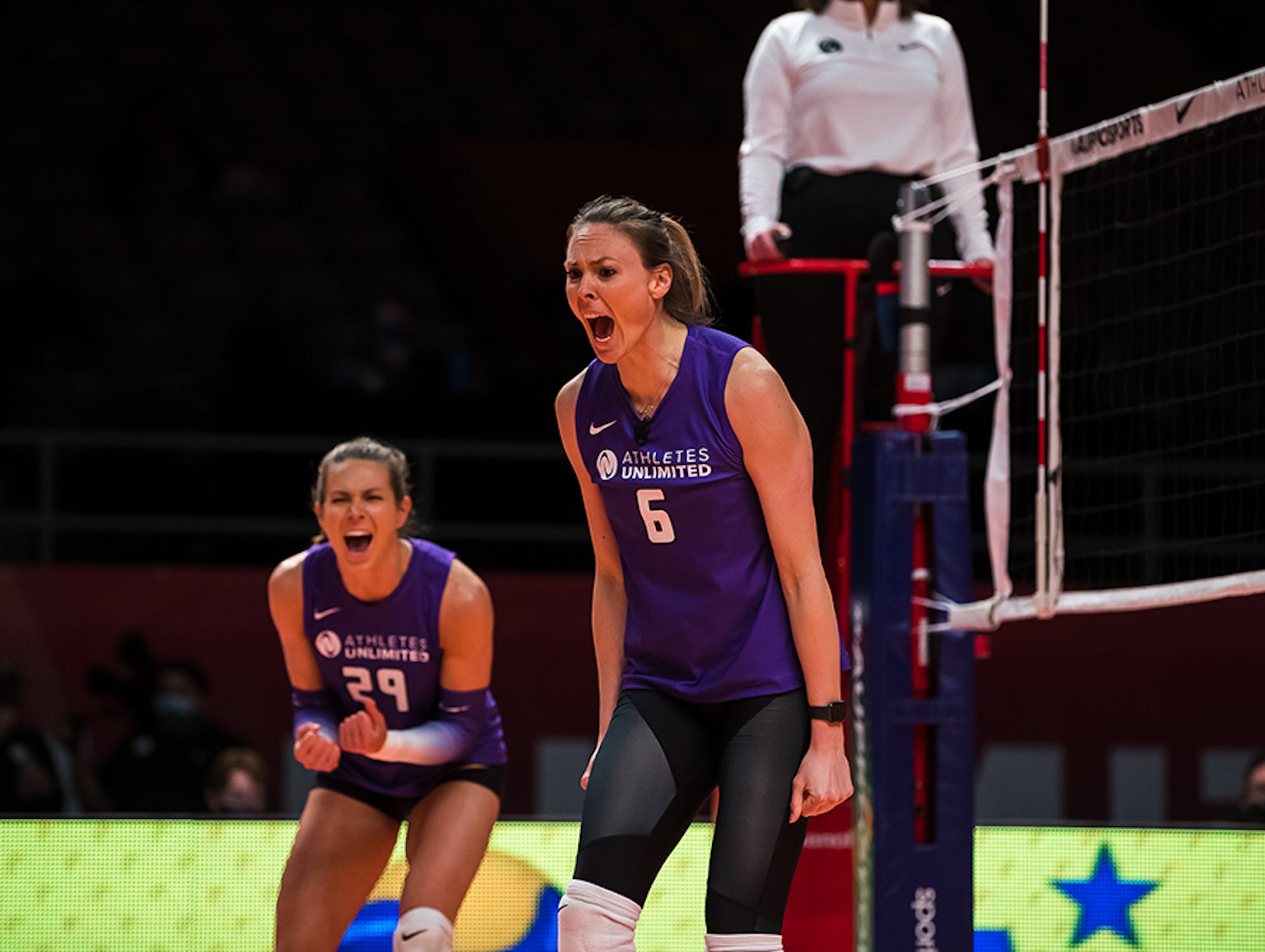 Athletes in the NCAA have four seasons to play their sport and use up their eligibility. After college, a majority of those athletes enter the workforce and work until they are in their sixties and decide to retire.

But what if you’re in your early 30s and already retiring from the career you love?

She’s had retirement in the back of her mind for several years now but was never ready to “hang up her boots” until recently.

“When I was younger, volleyball was my world. I wanted to do nothing but play volleyball, so it wasn’t that big of a deal for me to go overseas, then see my parents for a week, then head over to California for the national team,” Gibbemeyer said. “It was this cycle of not having much of a break, but I loved it so much that it didn’t matter.”

Gradually though, Gibbemeyer started to notice a difference in her outlook on her career. Growing older, shoulder injuries, and being in a long-distance relationship with her serious boyfriend all caused her mindset to change.

“When I turned 30, I had this realization of, ‘Wow, I’ve been doing this for a long time.’ I’ve seen a lot of amazing places, I’ve played at the highest level I possibly could, and I’ve won championships,” Gibbemeyer said. “There were these things that were kind of pulling at my heart, so I started to think about slowing down and changing my scenery.”

Instead of retiring, that change came in the form of Gibbemeyer moving from Italy to Turkey. She’d lived in Italy for six years and played at the same club for three – a novelty when players often switch teams after each season.

“I’d love to go back to [Italy] someday, but I felt like I needed a new challenge. I’d learned the language and had friends there, so I decided to go to Turkey,” Gibbemeyer said. “I was like, ‘I’m going to go there, make some good money, and maybe be done.’”

Yet, that one-year season turned into two when the same Turkish club asked her to play another year with them.

“It’s so funny because if you talk to any of the older girls that are still playing about their retirement, we say we’re going to retire and then we play for another three to four years,” Gibbemeyer laughed. “It’s the same story here; it’s hard to say no.”

Gibbemeyer was playing her second season in Turkey when she was first offered a spot in Athletes Unlimited’s league, but she turned down the position because it overlapped with her season.

Then the coronavirus pandemic hit, her season was paused, and Gibbemeyer was stuck in Istanbul for three months before she was able to get a flight back to the U.S.

“I felt like there were all these signs raining down on me that it was time to be done,” Gibbemeyer said. “The pandemic hit, and, due to my shoulder, I wasn’t able to last an entire season without taking a break.”

Despite her shoulder pain though, when the Director of Sport, Chris McGown, contacted her again about Athletes Unlimited, Gibbemeyer committed to the league. At the time, she acknowledged that her career overseas was finished.

“One of the reasons why I feel like I’m on my way to being done is because I can’t get through a practice without self-medicating with pain relievers,” Gibbemeyer said.

Unfortunately, playing through her shoulder pain is nothing new. Back when she played for the University of Minnesota from 2007-2010, the athletic trainers told her she’d need surgery to fix her shoulder, but she was able to rehab it to a point where she could avoid the surgery.

Throughout her career, Gibbemeyer has kept up with rehab, but her shoulder has now gotten to a point where surgery is the only option to heal it and alleviate the pain.

“I didn’t have that many problems until two or three years ago, and it’s gotten progressively worse,” Gibbemeyer said. “It’s a lot of degeneration with some cysts and other things like that. It’s overuse, so it won’t get better if I keep pushing it.”

Gibbemeyer admitted that playing the last few seasons abroad while dealing with the pain hasn’t been the easiest, especially when it’s come to balancing playing versus resting.

“It’s a weird thing because you look like you’re weak if you say, ‘I can’t practice today because my shoulder hurts.’ But I think it’s courageous to stand up for your body and yourself,” Gibbemeyer said. “However, it’s difficult when you’re dealing with that it’s your profession and you’re getting paid to do it, so there’s an expectation for you to push through.

“And overseas is much less forgiving than this league.’”

The player-driven nature of Athletes Unlimited was one of the main reasons that Gibbemeyer wanted to join once it was clear that her Turkish season was over.

“It’s definitely different from an eight-month season overseas, but I feel like the people here – the staff and the coaches – care about us as humans and not just someone who plays volleyball on the court. I feel like we all have identities that go beyond our sport,” Gibbemeyer said.

She said that the league couldn’t have happened for her at a better point in her career since she’s unsure what her next profession will be. Networking with people in the league, while also attending programs like WOLFPACK Endeavor, has helped Gibbemeyer narrow down her options.

As Gibbemeyer prepared to head into what could be the last match of her professional volleyball career, she reflected on how playing in Athletes Unlimited is the perfect way to end it.

“This is definitely the way I’d want to go out. Playing in my country while being surrounded by these amazing women that care about other things outside of volleyball. I feel like it comes full circle, if this is indeed my last season,” Gibbemeyer said. “So, for me, I’m grateful. It will be kind of emotional, but I’ve done so many great things throughout my volleyball career that I’ll be very satisfied.”