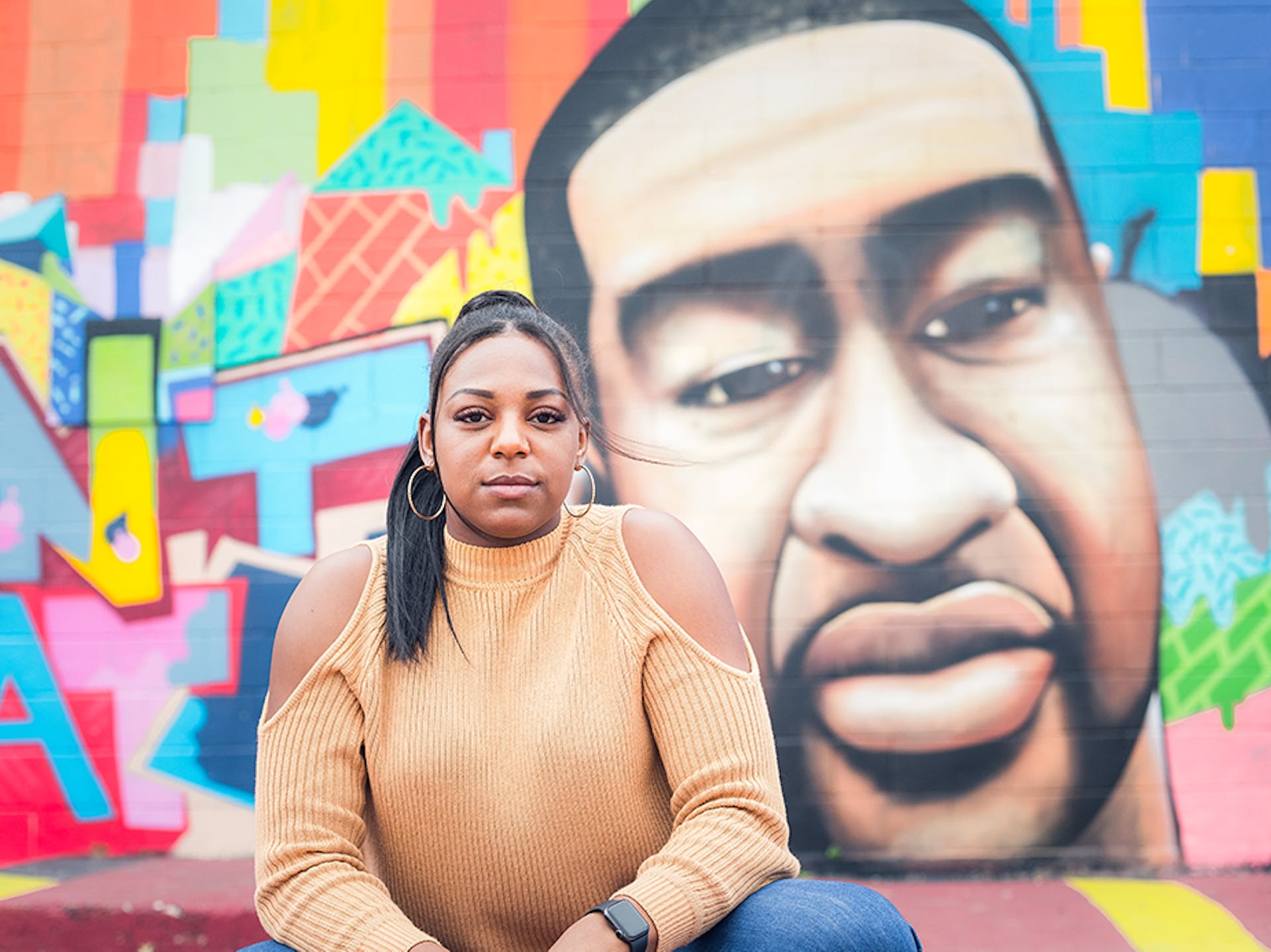 For softball outfielder Jazmyn Jackson, her drive comes from wanting to give young Black girls something she didn’t always have: a person excelling in the sport that she loves who looks like her.

“The reason I keep playing is for my sister, for my sister’s friends and for all of the girls that look like me or feel represented when I am on the field,” Jackson said.

As a kid, Jackson recalls how excited she was the day her dad came home with two bats from a garage sale for her to play with, but later that same day they were stolen. For her, accessibility is one of the biggest barriers for Black women in the sport.

“I didn’t have the same accessibility of cleats and equipment, being able to go to a facility, being able to afford private lessons or private coaching,” Jackson said. “It’s tough because I feel like naturally in the world we live in, I’m not receiving the same opportunity as some of my white counterparts so it’s already a setback in that way.”

Jackson, who is a part of the athlete-led Racial Equity Working Group, believes that for change to happen, it has to be a collective effort. This group has become one of the ways athletes across Athletes Unlimited have been able to work together to build equity not only within the organization, but also in their communities.

“It takes a village to really change the world. It can be an idea but everyone is going to have to collaborate on this to make it happen,” Jackson said.

Part of that collaborative effort has been speaking out publicly on issues of social and racial injustice. Following the death of George Floyd, many athletes across various leagues began using their platform to bring awareness to systemic racism within the United States.

“I just think that we need more Black women athletes who aren’t afraid to speak their mind,” volleyball middle blocker Nia Grant said. “There’s been moments where I won’t fully say what I want to say because I don’t want to make anybody angry or upset, or even ruin my own opportunities, and I think one, that is not the case and two, it’s going to take people to not be afraid of doing that to prove points.”

For Grant, a lot of the challenges she faced within volleyball came from stereotypes placed on Black women in the sport.

Grant was able to play club volleyball growing up because of a team of people who saw potential in her, but she is aware that many others are not afforded that same opportunity.

“I think that having more scholarship opportunities for younger ages, not just college, would be huge because for me and my family we didn’t have a ton of money growing up and my club was really expensive, but because I had potential they allowed me to still play regardless,” Grant said. “That was huge because if I wouldn’t have gone to that club and my stars didn’t align the way they did, I might not have been here and I think more girls should have access to that.”

For outside hitter Erin Fairs, the killing of Floyd had a strong impact on her life and her desire to speak up about racial injustice.

“I felt like I knew him in a way, and you don’t even have to know people to feel how I felt, but I feel like that was the turning point for me,” Fairs said.

Now, Fairs is proud to use her voice to stand up for the causes she believes in, including the Black Lives Matter movement.

“We always have to hide our feelings and put down how we really feel and I feel like I can finally say and be proud of who I am without getting backlash about it,” Fairs said. “You’re still going to get those people who are going to say whatever about how you feel but it feels different this time in the way. There’s a lot of people on our side and rooting for us.”

In a predominantly white sport like volleyball, Fairs was one of the few Black players across Texas.

“When I first started it was really rare being Black in volleyball,” Fairs said. “Volleyball opened me up to a world I didn’t even know of.”

Fairs wants to continue using her platform to open up doors for minority women in the sport and feels increasing representation in volleyball begins with the organization first.

“Change comes from within,” Fairs said. “It starts with the people that are in it and that is why I feel so good about giving back.”

Change comes from within. It starts with the people that are in it and that is why I feel so good about giving back.
Erin Fairs,
Athletes Unlimited Volleyball

Lacrosse goalie Britt Brown has turned the adversity she’s faced as a Black woman in lacrosse into purpose and passion. From four hour trips to and from practice on public transit, to working on the side to pay for college, she was often isolated because of her very different experiences from her teammates.

“At the end of the day I was just so mistreated, made fun of and not understood,” Brown said.

As a goalie, she recognizes that all eyes are on her every time a goal from an opponent is made, but the added pressure comes with the microaggressions and racism she’s faced in the sport.

“No one knows what it’s like to walk out on that field and be me where everyone is holding me to a higher standard than everyone else because of the way I look and where I’m from,” Brown said.

But, Brown is now motivated to pay it forward and give back to those who look and come from the same background as her.

“A lot of my why has been how do I expand the game and open the doors for people that look like me and have the experiences like me; that have parents working multiple jobs and they’re just trying to get through school and trying to find a mentor that’s going to show them it’s going to be okay and they’re going to get through it,” Brown said. “How do I take my experiences and turn them into positive forces for others now that I’ve made it?”

Despite the setbacks and hardships, Brown wouldn’t change a thing about her experience and is working to make things better for future generations.

“For me those have been the negative parts of the game but they’ve also been parts for better or worse that fuel me every morning to get up and crush it,” Brown said. “The game has taught me a lot of hard lessons and I’ve had a lot of hardship, but also it has given me the grit and love of the grind and learning to speak to people about these issues and hopefully opening up doors for other individuals so they don’t have to have these issues.”