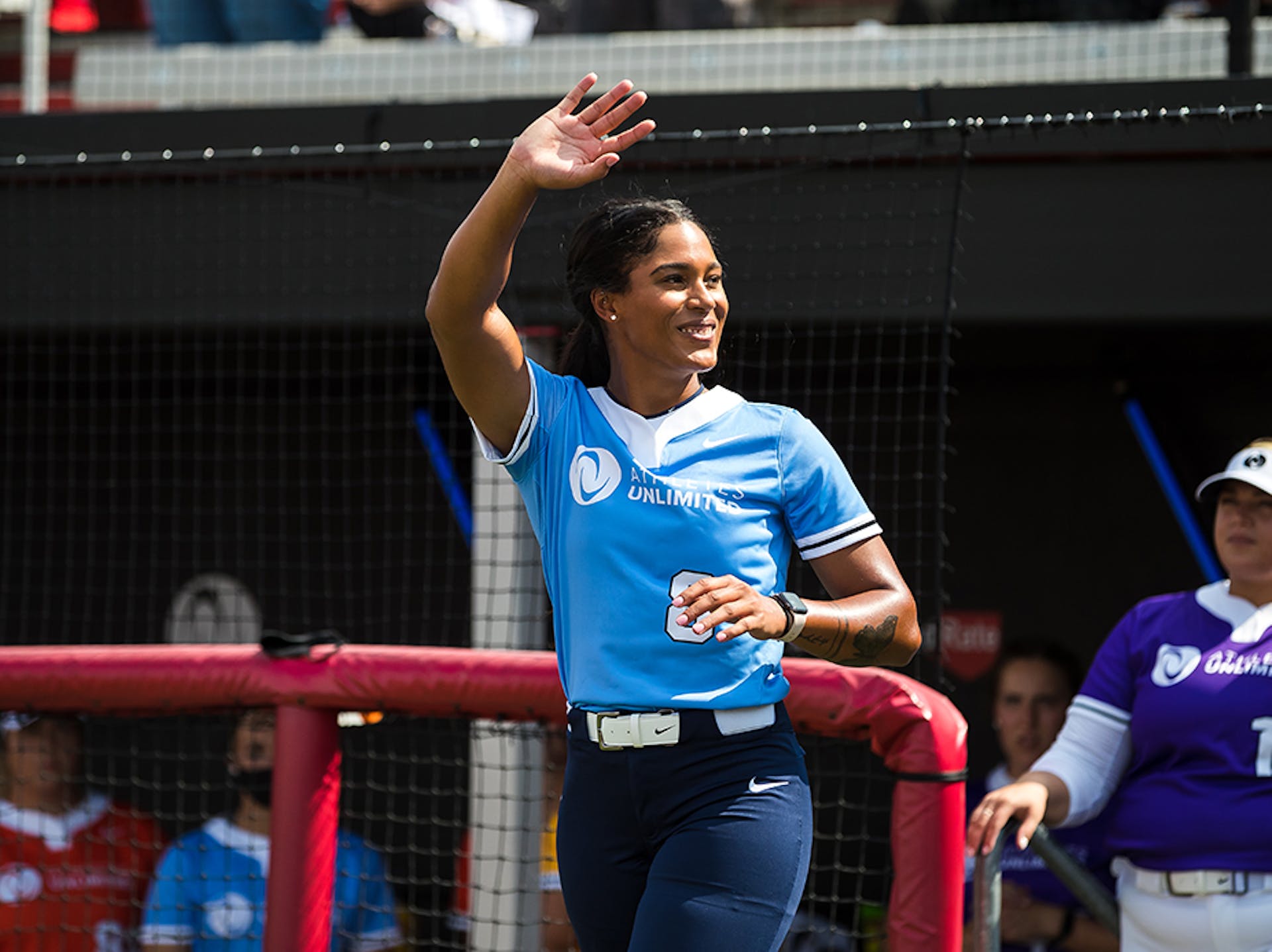 You really didn’t expect Cat Osterman to ride off quietly into that good night, did you?

Speaking of good nights, Monday was a good one all the way around for Athletes Unlimited, which concluded its second softball season in Rosemont, Illinois, at the Parkway Bank Sports Complex.

There were two good games, capped by Osterman’s one-hit gem over 6.2 innings in a 3-1 victory for Team Chidester (Orange) over the Gold team, captained by Aleshia Ocasio.

Osterman was allowed a grand exit as she left the circle to great applause after striking out Erika Piancastelli and Hannah Flippen to begin the bottom of the seventh inning. The 38-year-old Osterman, a legend in softball, hugged her teammates and waved to the crowd before heading down the stairs to the first-base dugout.

Athletes Unlimited co-founder Jon Patricof summed up the night as “an incredible finish to an incredible season” during the closing ceremony.

Ocasio pitched five innings Monday and wound up with a season total of 2,096 points to finish ahead of Amanda Chidester (1,714), Kelsey Stewart (1,612) and rookie Carrie Eberle (1,592) for the top four spots. With her sterling performance Monday, Osterman moved up from 13th to fifth, with 1,586 points.

“I just want to give a big thanks to Athletes Unlimited for allowing us to be ourselves, for giving us a platform and a space to be free, to be supported, to be heard and valued, so I do appreciate that,” Ocasio said after being crowned champion.

There were more awards and honors.

Eberle was named Rookie of the Year thanks to a late-season charge that saw her dominate from the pitching circle.

Middle infielder Anissa Urtez was named the GEICO Defensive Player of the Year.

The outfielders are Amanda Lorenz, Haylie McCleney and Aliyah Andrews.

The corner infielders are Chidester and Tori Vidales.

In the middle infield, the All-Defensive players are Anissa Urtez and Ali Aguilar.

The catcher is Gwen Svekis, and the pitcher is Ocasio. Hannah Flippen was named as the utility player.

By far the biggest difference between Season 1 and Season 2 of Athletes Unlimited Softball was the presence of fans in the stands. Because of the COVID-19 pandemic, Athletes Unlimited softball players performed in an empty stadium in 2020.

This year, big and enthusiastic crowds, filled with young softball players, packed the ballpark and cheered loudly. The good news for those fans is that Athletes Unlimited will return to Rosemont next year for Season 3.

“Thank you to the fans,” Ocasio said to the many to stayed for the closing ceremony. “It’s really awesome to have you here, so I appreciate that.”

Ocasio and Osterman showed during the game why this night belonged to them. In her five innings pitched, Ocasio gave up six hit and two runs, both coming in the fourth inning on an RBI single by pinch hitter Sam Fischer.

Osterman was pure Osterman. The author of a no-hitter earlier this season, she was sharp from the get-go, and she didn’t allow a hit until one out in the sixth, when Stewart doubled past Chidester and down the right-field line. The only run Osterman allowed was unearned, the result of a dropped popup in the second inning.

But that was it. She walked one and struck out six. At last year’s closing ceremony, Osterman urged players to play as long as they could – just as she has done in a career that has included stardom in college and medals at the Olympic Games.

Players this season have cited Osterman as an inspiration for their own hopes and dreams.

She reacted to that on Saturday.

“If you had asked me then if it was going to be 38, I would have probably told you no in a very more violent manner,” she said with a hearty laugh. “But I think the fact that it’s been proven now that women can continue to play this game well beyond the age of 30, well beyond 35, I hope I see some of these players playing when they’re 35, 36, 38.

“If somebody wants to go into their 40s like Kelly Kretschman, by all means, go right ahead. I have all the tricks in the trade if they want to learn how to take care of their bodies and everything else. It’s truly humbling, I guess, or exciting to hear people say that because that’s not what the point of unretirement was. But if that motivates people to continue to play well into 30s to 40s, I’ll take it because someone had to do it first, I guess.”