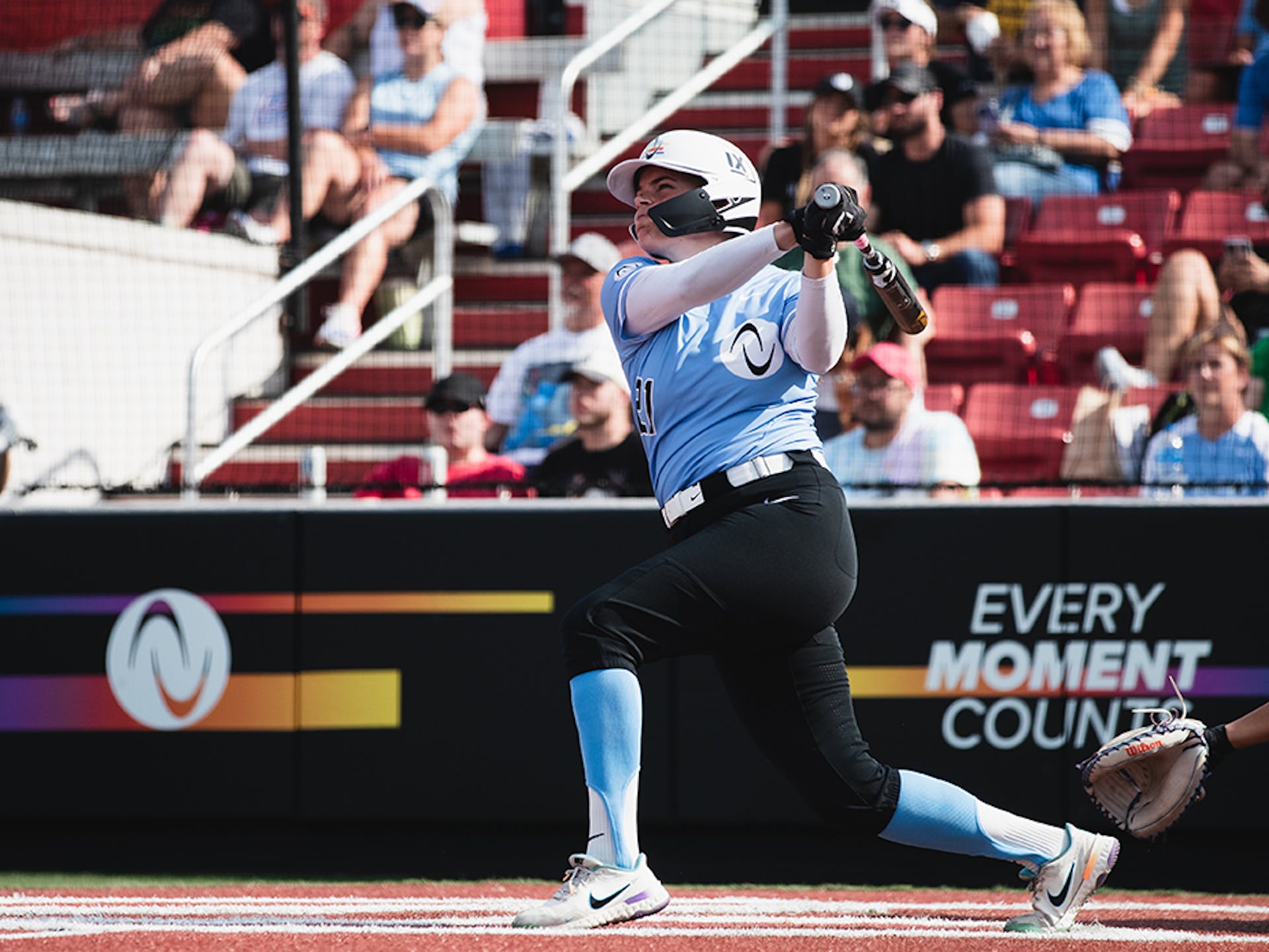 ROSEMONT, Ill. — There figures to be high drama on the final Sunday of Athletes Unlimited softball for 2022.

After Saturday’s doubleheader, which featured strong pitching in both games, the individual leaderboard is tightly packed.

Every play of every inning in Sunday’s season-ending doubleheader could prove pivotal in determining a champion.

Garcia (3-2) gave up three hits while walking three and striking out eight. She did it without working a 1-2-3 inning, as she stranded 10 Team Mulipola runners on base. She earned MVP 1 honors and a total of 272 points, moving up from 23rd place on the leaderboard to 11th.

For her efforts Saturday, Garcia earned MVP 1 honors and 60 points. Teammates Gwen Svekis (40 MVP points) and Amanda Lorenz (20) were MVP 2 and MVP 3, respectively. Svekis hit a leadoff homer off relief pitcher Carrie Eberle (3-5) leading off the top of the fifth inning which gave Team Denham a 1-0 lead, while Lorenz hit a triple to drive in Megan Wiggins, who doubled.

Team Mulipola starting pitcher Odicci Alexander worked two hitless innings. The defensive play of the game was turned in by Team Mulipola right fielder Mia Davidson, who made a diving catch off the bat of Wiggins to end the top of the sixth inning.

Svekis broke a scoreless tie when she led off the top of the fifth inning for Team Denham with a home run over the Players Suite beyond the left-field wall. Team Denham added a pair of insurance runs in the seventh. Lorenz and Aubrey Leach singled, and pitcher Taylor McQuillin hit Sahvanna Jaquish with a pitch. Leach was credited with a steal of home as DJ Sanders reached first base safely on a fielder’s choice.

Denham moved up one spot, from second to first on the leaderboard after her team won the second game and all of the innings points. She sits at 1,582. McCleney (1,562 points) moved from fourth to second. Mulipola, who entered the day atop the leaderboard, dropped to third with 1,536 points. Rhodes moved up one spot, to fourth. She has 1,536 points. Fischer (1,532) advanced one spot to fifth.