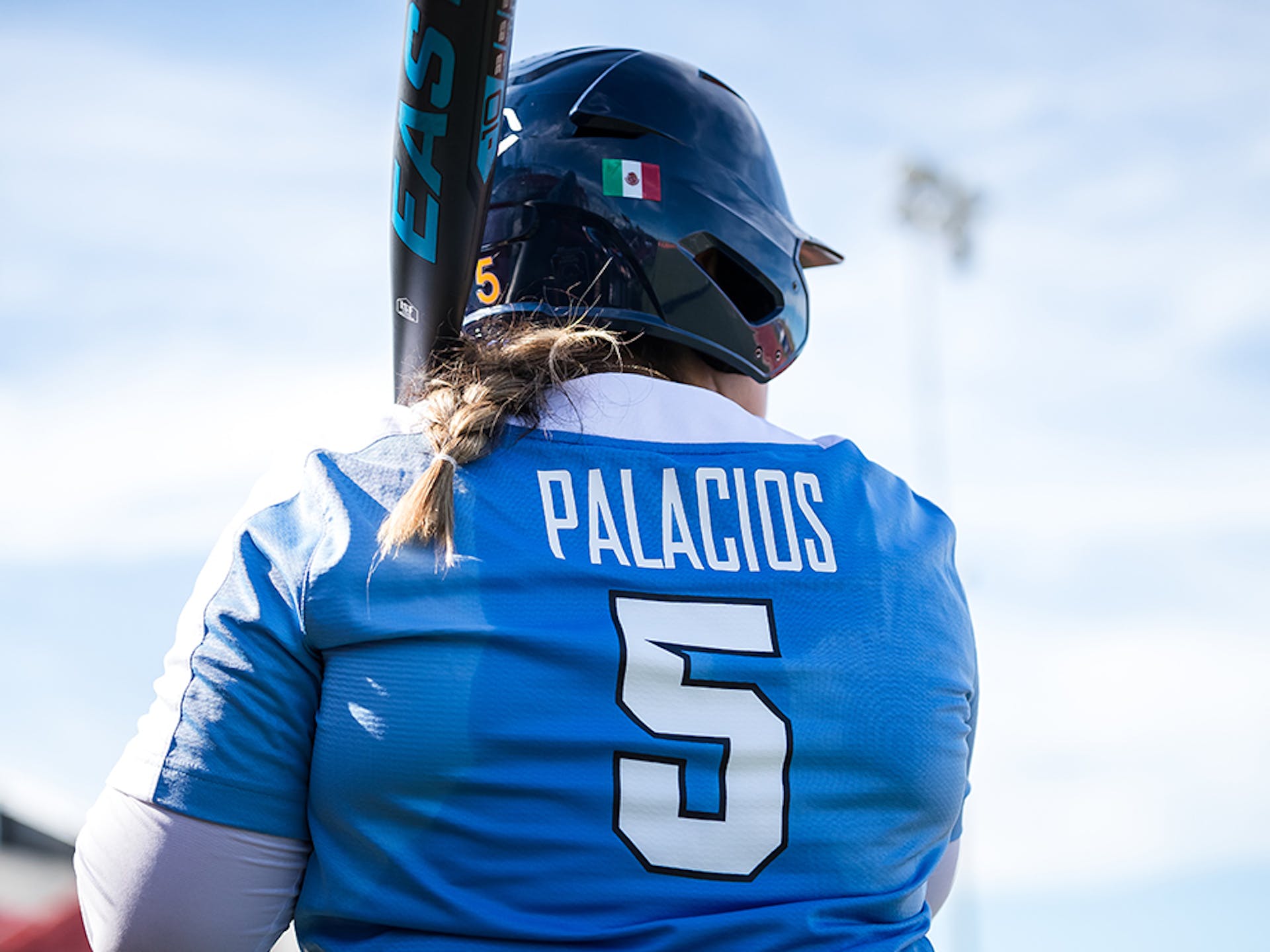 Sashel Palacios might have been born in Southern California but the 23-year-old Olympic-bound catcher for the Mexican National Team attributes her secret weapon for success to a mindset that developed south of the border, imported through relatives and passed on through generations like a well-worn recipe.

Like many athletes, Palacios has benefitted from a cultural exchange through sports and immigration that has given her a different perspective to life and athletics. Palacios was born in the United States but both parents have close ties to Mexico and Palacios grew up regularly visiting family across the border in Tijuana. These cultural experiences, and the journey her parents took as first-generation Americans, have shaped her.

“I think everything that is unfolding in our careers is because of all the hardships and the sacrifices that my mom and my dad have made.” said Palacios, whose father, her childhood softball coach, moved to the United States as a teenager from Tijuana, Mexico, to play baseball. Her mother was born in Southern California to parents who had immigrated from a different area of Mexico.

“I’ve always been brought up to work hard and embrace the moment or be in the moment,” she said. Her parents were both baseball and softball fanatics and raised Palacios and her sisters to enjoy both sports, but as first-generation Americans both of her parents made sacrifices to raise their family that involved setting aside their athletic dreams.

“My dad was a top prospect out of high school,” she said, “but he didn’t have all the resources and support to be able to accomplish his goal.” Instead, her parents poured all of their love for sport into Palacios and her siblings, modeling hard work as they rose in their professional careers. Palacios watched and learned— embodying both the passion and the work ethic that helped her rise to the top of her athletic career.

“I really do see the fruits of their labor with the sport come in my career,” she said.

It’s not just their work ethic that has brought Palacios this far, but an emphasis on family that she says is central to Mexican culture.

“One thing I felt like my family brought to our teams— we’re very passionate about our sport and want the team to succeed— and also the idea of family,” Palacios said.

That ethos also permeates the Mexican national team, which has made Palacios a stronger athlete. “Something I really think our national team has done really well is that we’re family,” she said. “We’re investing in one another and each other’s lives outside of the sport. I think a little bit more compassion is what we could use here in the States. We’re expected to go to college and play ball, we’re expected to excel, be the best of the best. But, when you get to see the other side, and see how other people live, and play, and admire the game when they have very little resources, it’s very humbling,” she said.

For Palacios, the cross-cultural exchange of values has made her a more well-rounded athlete and elevated her trajectory, but her situation is hardly unique. The ability to live and work in different countries is central to athletic development, as many athletes travel to find pockets of high-performers in other countries who they can compete against and learn from. For example, the NCAA estimates there are 20,000 student-athletes enrolled in their schools while the 2019 to 2020 NBA roster boasted 108 international athletes from 38 different countries – the sixth consecutive year opening-night rosters contained at least 100 international athletes.

The cross-cultural exchange in sports doesn’t just take place with athletes coming to the United States, but American athletes regularly leave for other countries where they can learn from high performers. That was the case for Molly Wolf, who went to Adelaide, Australia, to play professional lacrosse.

“Skill-wise it opened me up to another way that they played,” Wolf said. “As a player now I look back at how their coaching style was different and new drills that they were running. It was really fun to see the game played at that level. I think it was a great way to open myself up as a player and a coach to see how other people outside the U.S. run things.”

At the time, there were no opportunities for professional women’s lacrosse in the United States, so the opportunity to move to Australia for the season was Wolf’s chance to continue as an athlete beyond college, an opportunity that wasn’t available to her in her home country.

“I wanted to soak in as much as I could in those moments,” she said. “If you’re ever offered a chance to play internationally, you do it. When are you ever going to get the chance to travel abroad and do things you love? And you learn things about the sport you’re playing that you’ve never thought of.”

For many athletes the opportunity to work abroad — whether that means coming to the United States or leaving it— extends and strengthens their careers. It’s an opportunity both Palacios and Wolf believe needs to be preserved for all athletes.

“Sport is a common language,” Palacios said. “To be able to see a different culture — not just sport, but life— through others’ eyes is very important and very humbling.”