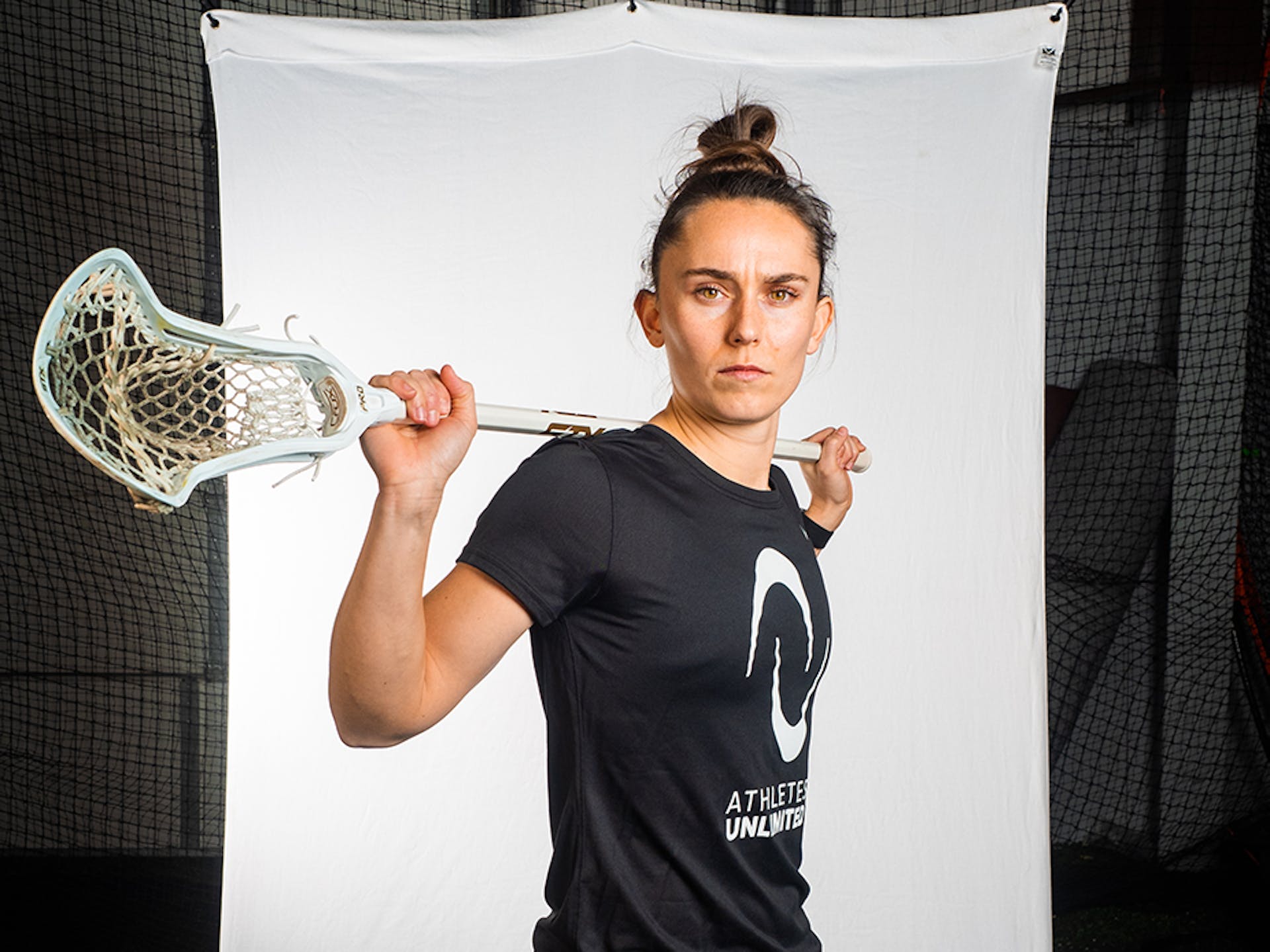 Originally known as “stickball” and started by the Native American Algonquian tribe, lacrosse has influenced generations of play by both men and women.

The games, which were seen as major events and brought together anywhere from hundreds to thousands of people, made a mark across many countries including Scotland, where the first women’s game was recorded to have been played in 1890.

Now, hundreds of years later, the top athletes in the country will come together to play in the inaugural Athletes Unlimited Lacrosse season in the DC metro area at Maureen Hendricks Field.

“All of the data on sports participation and the effect it has on one’s life in terms of professional outcomes and personal image are extremely positive, and that has become a very valuable point of inspiration,” said co-founder of Athletes Unlimited Jonathan Soros.

Besides bringing together the best players to compete with and against each other, the unique scoring system that allows athletes to lose and win points individually, and for their team, presents an innovative level of play the sport hasn’t seen before.

“It puts team performance at the height of it but adds to it this layer of every single moment counting throughout the entire season,” Soros said.

Athletes Unlimited’s dedication to creating a new model of the sport that is driven by fan and player engagement is what has drawn the interest of many to take part in the innovation including Athletes Unlimited Senior Manager Caitlin Jackson.

“I think one of the things Athletes Unlimited brings in is this aspect of civic leadership and athlete-led and I think that’s something lacrosse has been hungry for,” Jackson said. “It’s innovating in its model; it’s innovating regardless of gender and it speaks to so many people.”

What Jackson looks forward to the most is the ability to watch women’s lacrosse be played at the top level.

“In theory, we’ve really never seen what the highest level of women’s lacrosse is because we’ve never put this many people in one place, for this long at one time with this much lacrosse talent and knowledge,” Jackson said. “That is what I’m most excited about. It’s like putting gasoline on a fire, I just can’t wait to see it go up.”

It’s innovating in its model; it’s innovating regardless of gender and it speaks to so many people.”
Caitlin Jackson,
Athletes Unlimited, Senior Manager

Seeing women’s lacrosse being played at a high level isn’t foreign, but for CEO and Co-Founder of Athletes Unlimited Jon Patricof, what sets this league apart is the passion, dedication and resources that is being poured into this upcoming season.

“It’s not just enough to bring the players together and ask them to do their best. What we need to do as a league and what we are doing as a league is surrounding them with the resources and support that’s worthy of their talent,” Patricof said.

One of the ways Athletes Unlimited has invested in the players is through collaboration on decision making, including seeing and choosing the location for the season.

“The key for a successful league in our belief and Athletes Unlimited as a whole has been a partnership with the athletes,” Patricof said. “As opposed to making top-down decisions and seeing what happens, we have always said let’s decide these things together.”

After the Women’s Professional Lacrosse League (WPLL) announced the cancellation of the 2020 season due to the ongoing COVID-19 in April of last year, WPLL CEO Michele DeJuliis was passionate about the opportunity to transform into Athletes Unlimited Lacrosse.

“I personally just wanted to see pro women’s lacrosse get to where it needed to be. I could only do so much with our league and our resources,” DeJuliis, who became a Senior Director at Athletes Unlimited, said. “Knowing how much [Patricof and Soros] were pouring into supporting women’s pro sports, I was like, ‘This is the direction we need to go and I’m all in, let’s make this happen.’”

Defender Amber McKenzie thought her playing career might have ended after the cancellation. McKenzie, who was the first lacrosse player signed with Athletes Unlimited, is now ready to get back into the game and show that she is still capable of competing at an elite level.

“I felt incomplete and wanted to prove to myself I could come back after having my two boys and still compete at a high level so I decided that I needed to play in this new league,” McKenzie said.

Not only does she want to inspire young women in the sport, but being able to have her two sons look up to her is even more motivating.

“It’s very empowering to me for them to be playing while I’m working out and seeing mommy is doing something for herself that she is really passionate about, and I am so happy they get to see me training for this every day,” McKenzie said.

“Everything I do I love doing so I’m fortunate and I feel like I owe so much to the sport and to all the people that taught me and gave me opportunities,” DeJuliis said. “It is an incredible opportunity to get our hands and make an impact on our nation’s next generation of great lacrosse players and leaders.”

For McKenzie, being a part of Athletes Unlimited Lacrosse means getting to show the next generation of women’s lacrosse players that there is a future for them in the sport, something she didn’t often see.

“We care so passionately about our sport, that we want them to be able to graduate college and know that there is a professional league that they can play in,” McKenzie said. “When I graduated college in 2009, that wasn’t even on my radar. I just want the younger generation to know there is professional lacrosse out there.”

In the process of inspiring the next generation of women’s lacrosse players, they also hope to make an impact on an even greater audience.