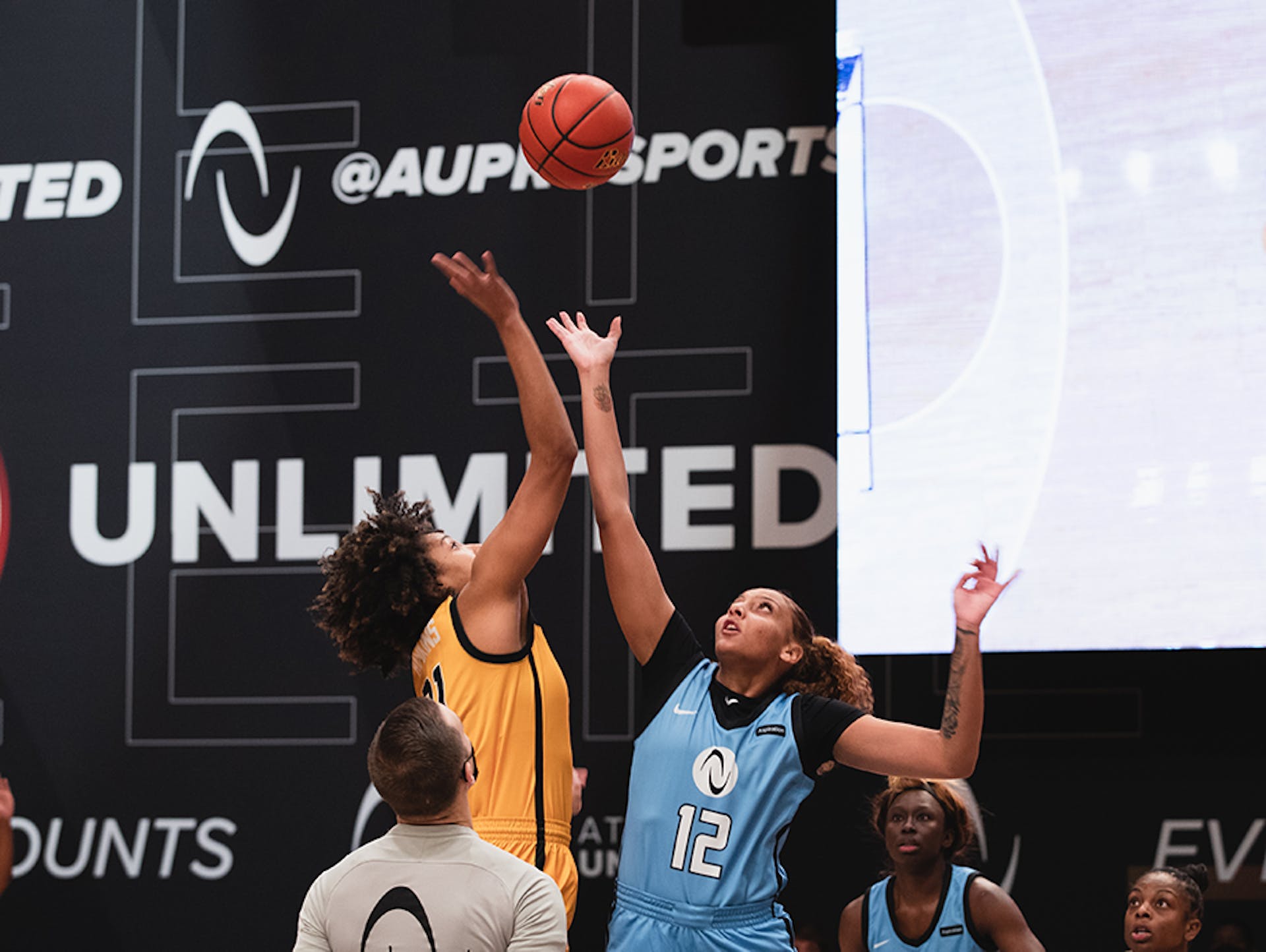 LAS VEGAS — Team Mitchell was still feeling the sting from opening night of the Athletes Unlimited Basketball season, when it blew a 14-point lead and lost to Team Carrington.

There was no way captain Kelsey Mitchell was going to let it happen on Friday.

Mitchell finished with a team-high 27 points to lead her squad to a 108-103 victory over Team Sims.

“We know what we’re dealing with when we play anybody at Athletes Unlimited,” said Mitchell, who scored in double digits for a second-straight night and was one of five players on her squad in double figures. “Everybody is really good, everybody has a role that they play really good and everybody is a professional.”

And while there is an individual point system and leaderboard each player is competing on, hoping to become the grand champion in five weeks, Mitchell summed it up from a team aspect.

“You gotta put it in the back of your mind how the point system goes, and at the end of the day everybody wants to win,” Mitchell said, who is averaging 22 points per game through two contests.

Rebecca Harris finished with 17 points, Sydney Colson scored 16, and Air Hearn chipped in with 13. Tianna Hawkins recorded a double-double with 14 points and 10 rebounds.

Kalani Brown led Team Sims with 32 points, while Odyssey Sims had 31 and Essence Carson finished with 15 points and 11 rebounds.

Team Sims led by as many as 12 points in the second quarter, and outscored Team Mitchell in the paint, 50-32, thanks to a dominating effort from Brown.

But Team Mitchell took advantage of turnovers, getting 23 points off 18 turnovers by Team Sims.

“I think we just went a little away from our gameplan, we got a little stagnant on defense,” said Brown, who did most of her damage in the first half with 24 points. “Kelsey going downhill, Tianna taking it off the dribble, we let them get in the paint and really run on us and that’s what hurt us.”

After falling behind at the half, Team Mitchell shot 54.2% in the second half, including 46.1% from 3-point range.

“Tonight we just said we weren’t going to just lay over and let them continue their runs,” Hawkins said. “When they went on their runs a few times, we dug down, got some stops and it was our turn to go on a run.”

Team Mitchell outdistanced Team Sims 36-27 in the third quarter to steal momentum by taking an 86-81 lead into the final quarter. Odyssey Sims did everything she could to keep her squad hanging around, scoring 17 of her points in the third stanza. After shooting 46.2% from the field in the first half, Team Mitchell torched the nets by hitting 64.7% (11 of 17) in the third set, including 4 of 7 (57.1%) from long range.

“We just wanted to make sure we finished hard by the end of each quarter,” Hawkins added.

Notes: Brown’s performance earned her MVP 1 for 90 points, bringing her total to 500 points on the night. Mitchell, who tallied a single-game record 608 points, combined 60 points from being named MVP 2 with 298 stat points and 250 win points in the effort. Her team’s 250 win points came from three quarter wins (worth 50 points each) and the game (+100). Hawkins collected 10 defensive rebounds and netted 14 points for Team Mitchell, earning MVP 3 honors for 30 points and 426 points overall. Each member of Team Sims took home 50 points for out-scoring Team Mitchell 32-27 in the second quarter.