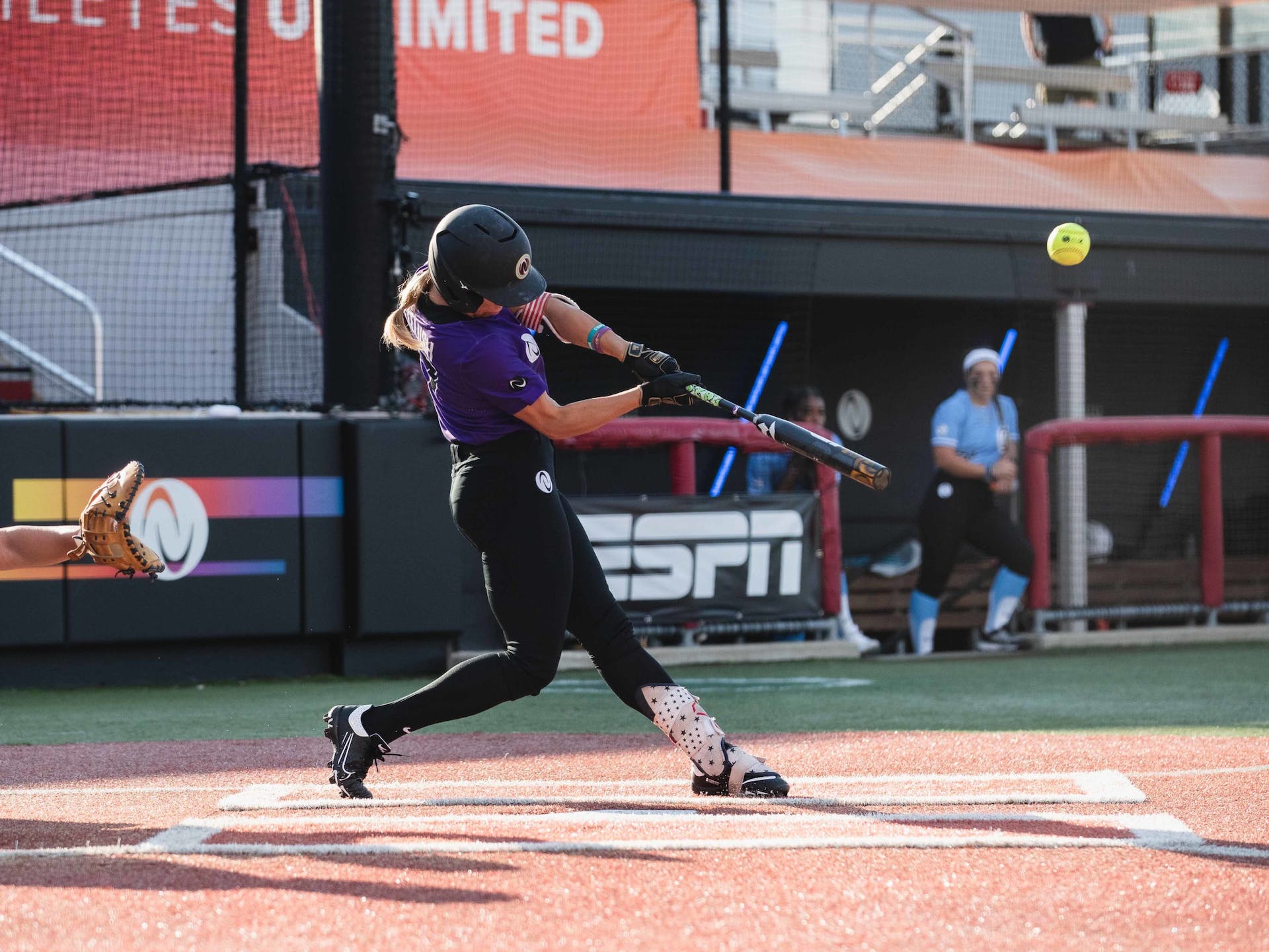 ROSEMONT, Ill. — It shouldn’t come as a surprise to anyone watching Sunday’s Athletes Unlimited Softball game between Team Zerkle and Team Eberle that infielder Sahvanna Jaquish was named as the game’s MVP 1 selection.

All Jaquish did was register three extra-base hits, including two home runs and a triple, and set a league record with 11 total bases in Team Zerkle’s 9-3 victory over Team Eberle at the Parkway Bank Sports Complex.

The win allowed Team Zerkle to close the opening weekend with a 2-1 record while handing Team Eberle its first loss in three games.

Jaquish, who went 3-for-3 with a walk, three runs scored and five runs batted in, finished the game with 278 leaderboard points, including 118 stat points. She also led Team Zerkle to 100 win points.

Catcher Dejah Mulipola followed with 198 leaderboard points on the strength of a 2-for-3 effort, including a two-home run in the fourth inning, while claiming MVP 2 commendations.

Relief pitcher Alyssa Denham earned MVP 3 honors after allowing one run on two hits over 3.0 innings with a strikeout. Denham, who secured her first win in the circle this season, tallied 146 leaderboard points.

Shortstop Hannah Flippen led Team Eberle in the loss by going 3-for-3 with two runs batted in and a run scored. Pitcher Greta Cecchetti took the loss after allowing three runs, including two home runs, without retiring a batter in the third inning.

After Team Eberle took a 3-2 lead in the bottom of the second inning, Team Zerkle responded by scoring seven unanswered runs in its next two trips to the plate for a 9-3 advantage it did not relinquish. The squad plated four runs in the third inning before adding three more markers in the fourth frame, including Mulipola’s two-run home run to left center field.

Jaquish’s 278 leaderboard points vaulted her into the No. 2 position in the league standings, an improvement of 24 spots from Saturday night. Eberle still holds a slim 14-point lead over Jaquish pending the results of the second game between Team Chidester and Team Ocasio.