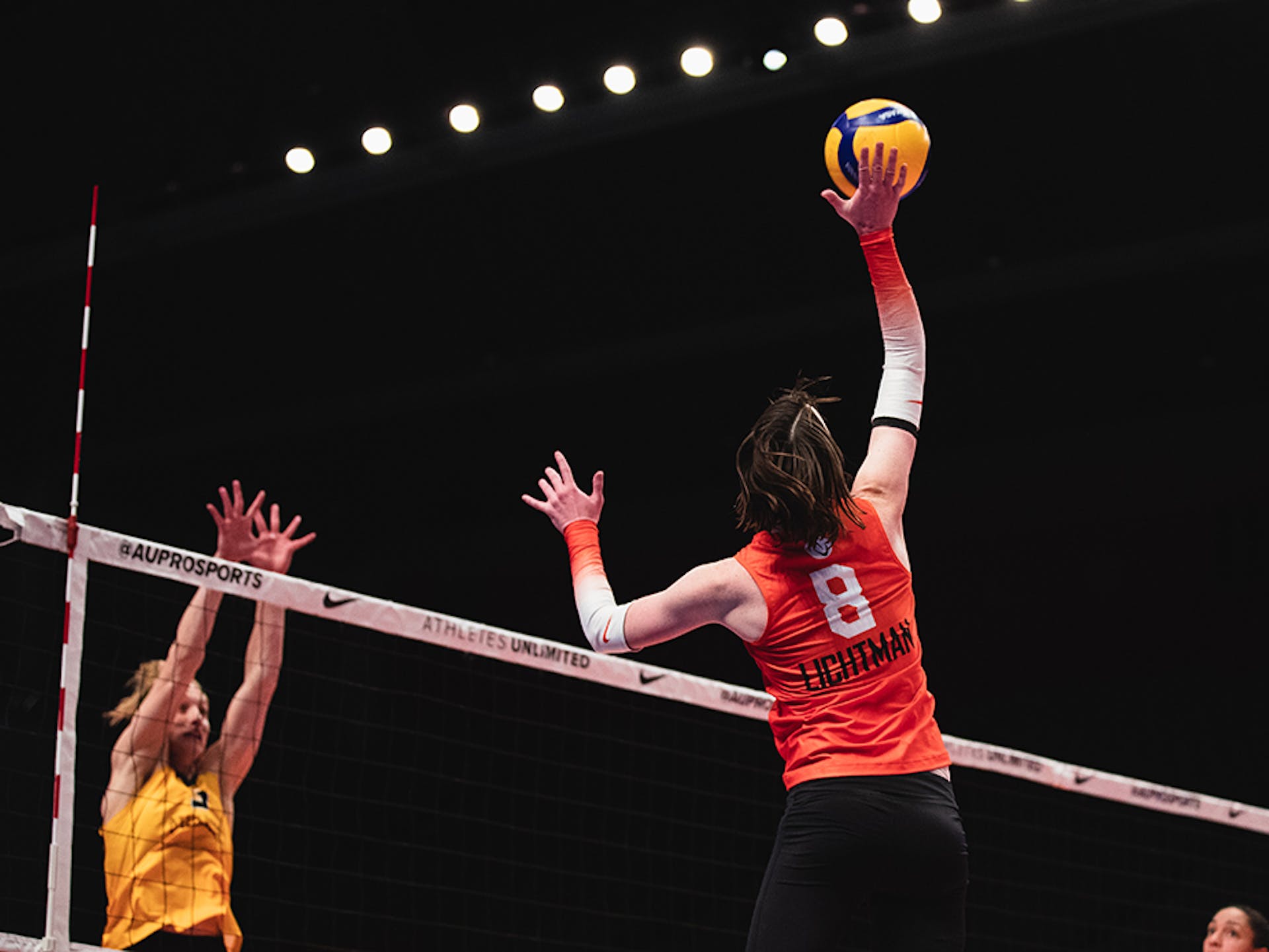 Team De La Cruz, which claimed the match by set scores of 25-19, closed the penultimate week of the season with a 2-1 record, while Team Drews suffered its third loss in a row and finished with a 0-3 mark.

De La Cruz, who tallied 10 or more kills for the ninth consecutive match, was the lone member of Team De La Cruz to record a double-digit kill performance. Opposite hitter Taylor Fricano and outside hitter Cassidy Lichtman each added six kills in the win while Childress tallied 33 assists and 15 digs.

Led by six kills and four digs from its captain, Team De La Cruz took the early lead in the match with a 25-19 victory during the opening set. De La Cruz added eight more kills in the second frame as her squad widened the overall advantage to 50-39 with a 25-20 verdict. Team Drews battled back to salvage the final set with a 25-23 result, avoiding the sweep.

Team De La Cruz secured 140 of the 180 win points after winning the first two sets and the match, while Team Drews tallied the final 40 points with its third set victory. De La Cruz, who earned MVP 1 honors, led all players in the match with 348 points, while Childress was next with 264 points in addition to a MVP 3 selection. Middle blocker Molly McCage secured MVP 2 notice and finished with 226 points.