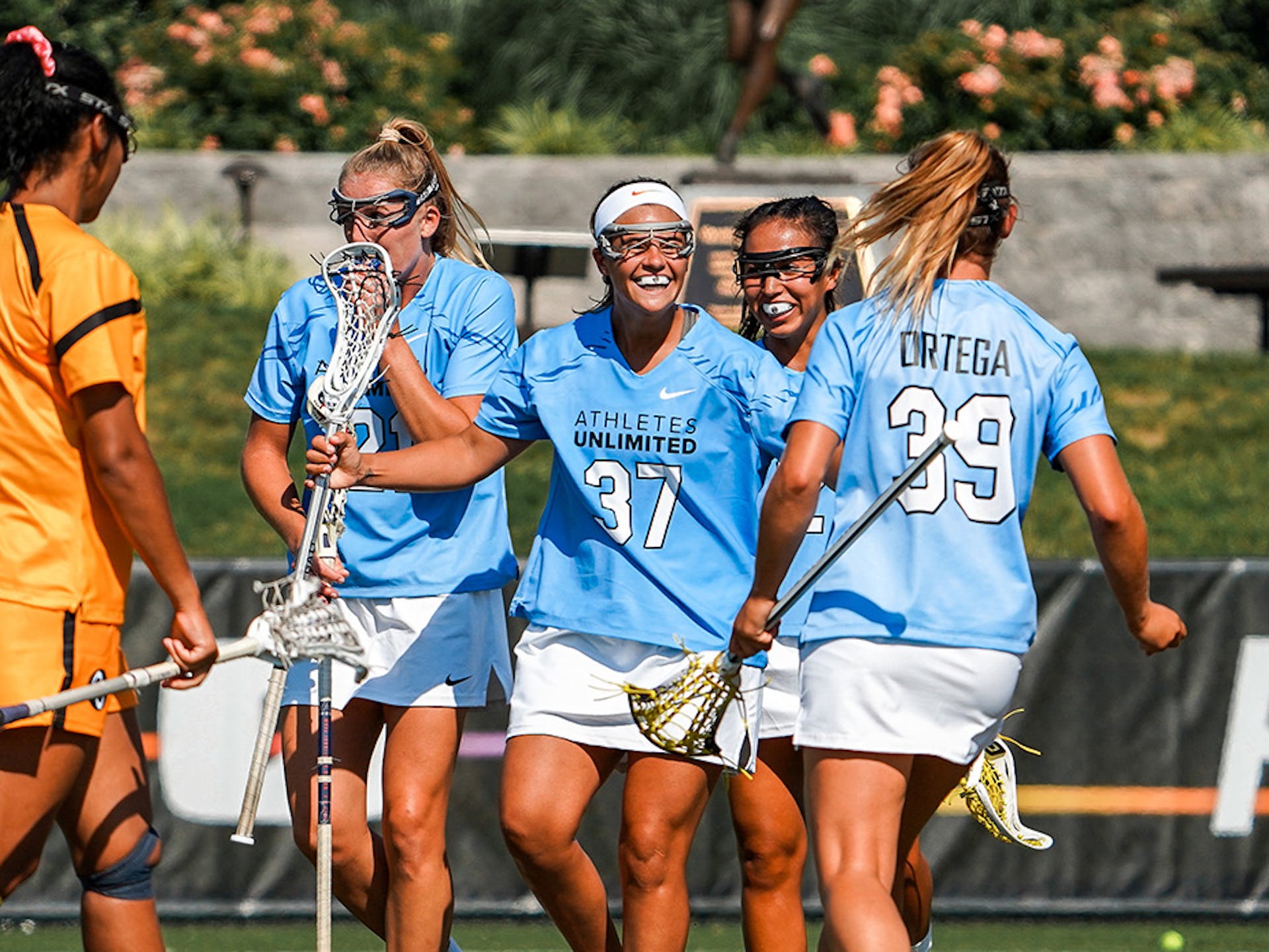 Recap: Kady Glynn rises 20 spots on the leaderboard in 8-7 win

SPARKS, Md. — In sports, there are times where it is the collective team effort that propels a squad to a victory. Team Glynn provided the latest example by using goals from five different players and a nine-save performance from captain Kady Glynn to outlast Team Waters, 8-7, in Athletes Unlimited Lacrosse action at USA Lacrosse Headquarters.

The win allowed Team Glynn to even its record at 1-1, while Team Waters suffered its second straight defeat.

Glynn, the game’s MVP 1 selection, made four of her nine saves in the second half as Team Glynn held the opposition to just one goal in the final 20 minutes. The former Loyola Maryland product tallied 168 leaderboard points to lead all players, including 38 stat points.

Rookie attacker Jamie Ortega added 135 leaderboard points to her early total after netting three goals with an assist. Ortega, who registered her first hat trick as a professional, scored two of her three goals in the first half.

Trailing by a 6-3 margin with 2:19 remaining in the second quarter, Team Glynn used goals from five different players to take an 8-6 advantage it did not relinquish. Team Waters narrowed the margin to 8-7 on a goal by midfielder Kelly McPartland with 1:31 remaining, but was unable to even the score.

With her 168 points, Glynn rose 20 spots up the leaderboard and enters the final day of the opening weekend in 16th place. McPartland’s efforts elevated her to the No. 19 spot, a seven-position improvement from Thursday night.