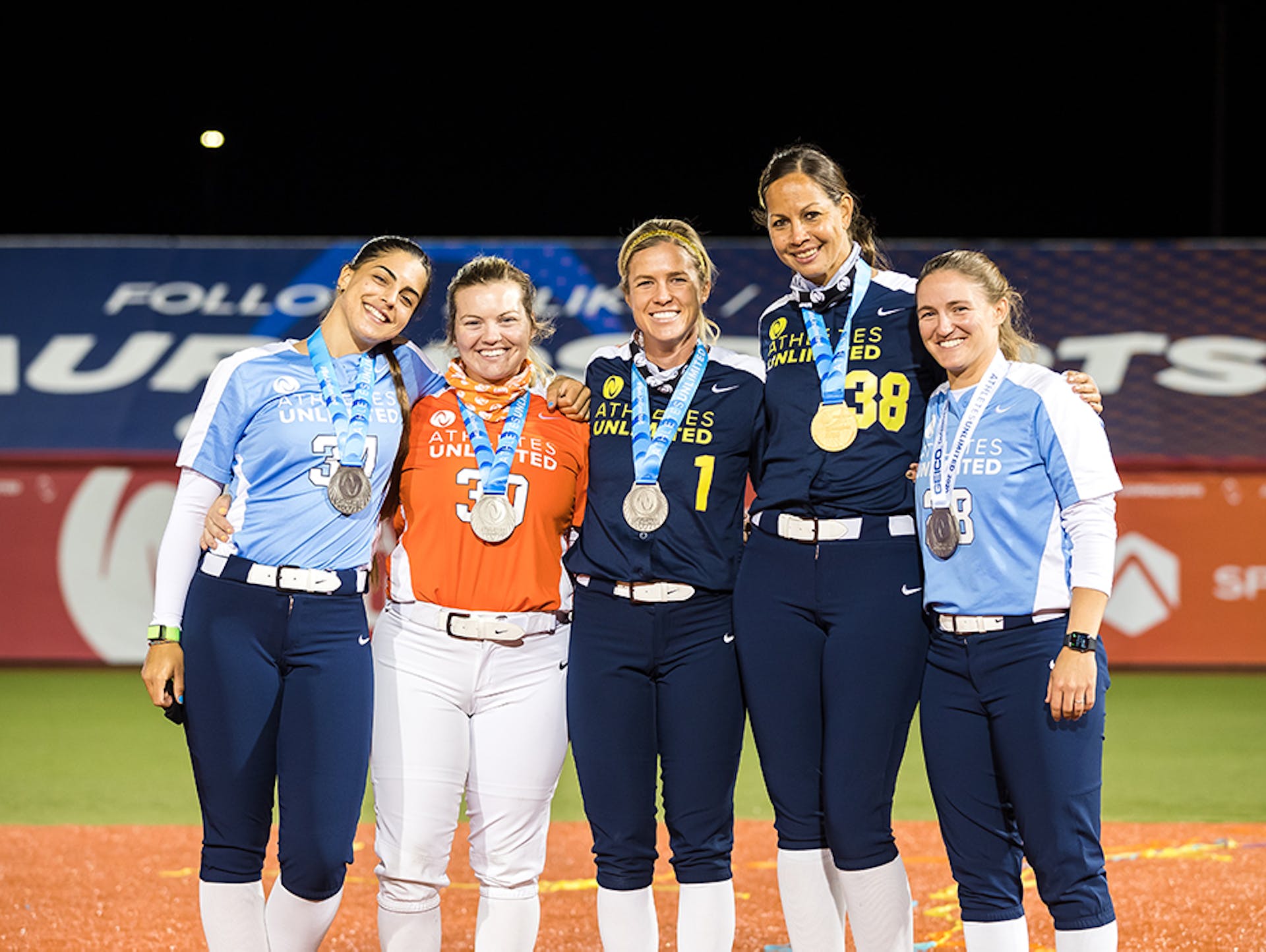 Left-handed pitcher Osterman captured the inaugural Athletes Unlimited Softball Champion after earning 2,408 points over the five-week-long season competing against 57 of the world’s best players. She served as captain for four of the five weeks, was on winning teams for 13 of 15 games and won 73 innings combined. She tallied 95 strikeouts – including 16 in one game – allowed 14 runs, pitched six complete games with two shutouts and posted a 1.53 ERA on the season.

“I’m really excited to return for Athletes Unlimited’s second year. Year one was an incredible experience, on and off the field, which made playing one more time an easy decision. I look forward to another amazing time and ending my career once and for all here in the U.S.,” said Cat Osterman.

“We are thrilled to welcome back our defending Champion Cat Osterman and five other Olympians as part of the first ten confirmed players for our second Athletes Unlimited Softball season,” said Jon Patricof, CEO and Co-Founder of Athletes Unlimited. “Cat has had an incredible career and we are honored that her last pitch in the circle as a professional player will be part of our league history.”

Joining Osterman will be fellow Team USA team member outfielder Haylie McCleney who finished the 2020 season with 1,710 points and was named GEICO Defensive Player of the Year. She is a WBSC Women’s World Championship gold medalist in 2016 and 2018 with Team USA; Team USA reserve Infielder Hannah Flippen who was ranked 19th at the end of the 2020 season with 1,420 points. She drove in 18 runs and posted a .340 average at the plate, while flashing leather in the infield on stellar defensive plays. As a member of Team USA, she earned a silver medal at the 2017 World Cup of Softball, a gold at the 2017 Pan American Championship and a bronze at the 2018 USA Softball International Cup; Canadian Olympic Team Captain outfielder Victoria Hayward who finished the 2020 season ranked third overall with 1,860 points and a .396 batting average. She tied for the league-best in stolen bases with seven; Team Italy Captain catcher Erika Piancastelli who finished the 2020 season ranked fourth with 1,840 points. She tied for the league lead in home runs with nine and had a .885 slugging percentage. She is currently a member of the Italian National Team and helped the team qualify for the 2020 Olympics; Team Mexico’s left-handed pitcher Danielle O’Toole who tallied 1,434 points to rank 16th overall for the 2020 season. She posted a 2.82 ERA over 62.2 innings pitched and ranked second in strikeouts with 42. O’Toole was a member of Team USA in 2017 and 2018. In 2019, she joined Team Mexico and helped them qualify for the Tokyo 2020 Olympics; Right-handed pitcher Aleshia Ocasio who finished 11th overall during the inaugural softball season and made an impact in the circle and at the plate. She had two triples and a .423 batting average. She started seven games and posted an 8-4 record with a 3.57 ERA. Ocasio was also a member of the Puerto Rican National Team; Left-handed pitcher Haylie Wagner who finished 10th overall during the 2020 softball season with 1,662 points. She made 12 appearances, including nine starts and three complete games. Wagner struck out 31 in 62.2 innings pitched and had a 3.13 ERA; Infielder Jessica Warren who finished the 2020 season ranked second overall with 2,020 points. She led the league with a .569 on base percentage and maintained a .510 batting average for the season. In the three weeks she served as captain, she posted an 8-1 record; and Outfielder Megan Wiggins who ranked 27th with 1,090 points for the 2020 season. In 49 at-bats she tallied 17 hits, including two doubles and four home runs, for a .347 average and 11 RBIs.

The first 10 players were identified by Athletes Unlimited’s unique player-driven selection process led by the Player Executive Committee. Athletes Unlimited is the only pro sports league where player selection is led by the players themselves. The initial players will now identify and select the next 10 players to be invited to the league.  League executives then handle the contract process with the players.

Announcements regarding the additional 50 roster spots will be made in the coming months.  Future signings will include returning players from our inaugural season, new professional players as well as graduating college seniors.  In addition, there will be an open tryout in June for players.  Details on the tryout will be provided at a later date.

All competitors will to seek to become the 2021 Athletes Unlimited Softball Champion which receives a gold medal, a portrait painted by a locally commissioned artist and the honor of being entered into the Book of Unlimited, a 500-page book which chronicles the history of the property and will record every Champion from each Athletes Unlimited sport.

Join us for Fan Appreciation Day on Sept. 26