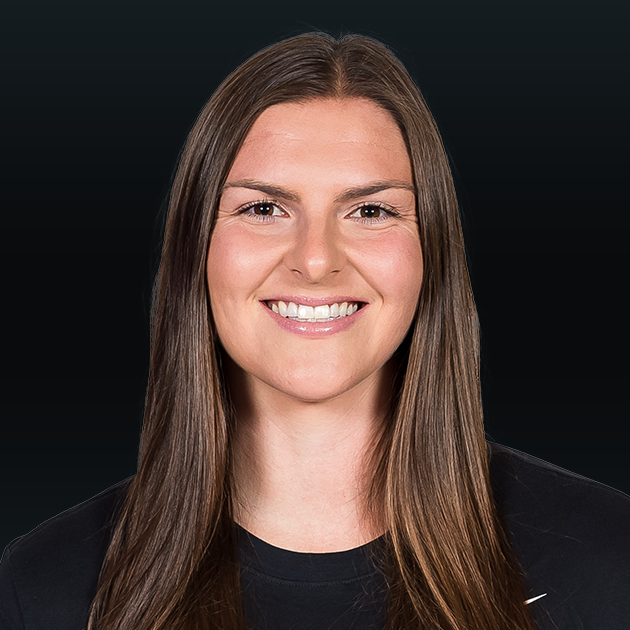 Playing for The 22q Family Foundation (opens in new tab)

Personal: Inspired by her parents and grandmother … hobbies include working out, outdoor activities, baking, cooking and spending time with family and friends … motivated by making her family proud by pushing herself beyond limits … majored in general studies at Michigan … received her Master’s degree in Social Work from Michigan in 2020 while working as a graduate manager for the Wolverines’ softball team … sister, Kylie, played softball at UNLV from 2010-12 … brother, Tyler, played baseball at Georgetown College and was recipient of 2019 ABCA-Rawlings NAIA Gold Glove at third base.

2022 AUX Season: Placed 17th in the league standings with 1,024 leaderboard points … compiled 2-0 record with 3.00 earned run average in five appearances, including three starts … scattered 17 hits over 18.2 innings with eight earned runs … threw at least 4.0 innings in four of her five appearances … posted season-high six strikeouts against Team Mulipola in June 18 victory … earned win in relief against Team Ocasio on June 13 after allowing one unearned run and two hits in 2.0 innings.

2021 Championship Season: Finished in 18th place on the leaderboard with 1,320 points … tied for ninth with 1,050 win points … fifth in the league with 11 appearances in the circle … ranked seventh with 3.61 earned run average in 31.0 innings … posted 2-2 record with a save … one of four pitchers to record a save … tied for third in the league with 23 strikeouts.

2020 Championship Season: Ranked 10th on the inaugural season leaderboard with 1,662 points … accumulated 472 stat points to finish eighth among all athletes … tied for sixth with 180 MVP points … made 12 appearances in the circle, including nine starts … third in the league with 3.13 earned run average while authoring 5-4 record … ranked second among all pitchers with three complete games … tied for second with 62.0 innings pitched … conceded 67 hits and 28 earned runs … third in the loop with 31 strikeouts.

Other Professional Experience: Accumulated 30 wins and 11 saves over five NPF seasons after being signed by the Pennsylvania Rebellion in 2015 … authored 11-5 record in 2017 with 51 strikeouts over 90.3 innings … posted 6-2 mark in 2018 with 33 strikeouts while throwing 44.0 innings.

At Michigan: Four-year letter winner for the Wolverines from 2012-15 who played in 162 games with 121 starts … authored 100-18 career record in the circle with a 1.82 earned run average … also registered 20 career shutouts along with 66 complete games and seven saves … struck out 518 hitters in 720.0 innings … also tallied .164 average as a hitter with seven home runs and 32 runs batted in … two-time NFCA All-America selection, including Second-Team notice as a junior … also tabbed Third-Team All-America during senior season … three-time NFCA All-Region honoree … named Big Ten Pitcher and Freshman of the Year in 2012 … four-time All-Big Ten selection who received First-Team commendations as a freshman and senior … member of 2015 Women’s College World Series All-Tournament Team.