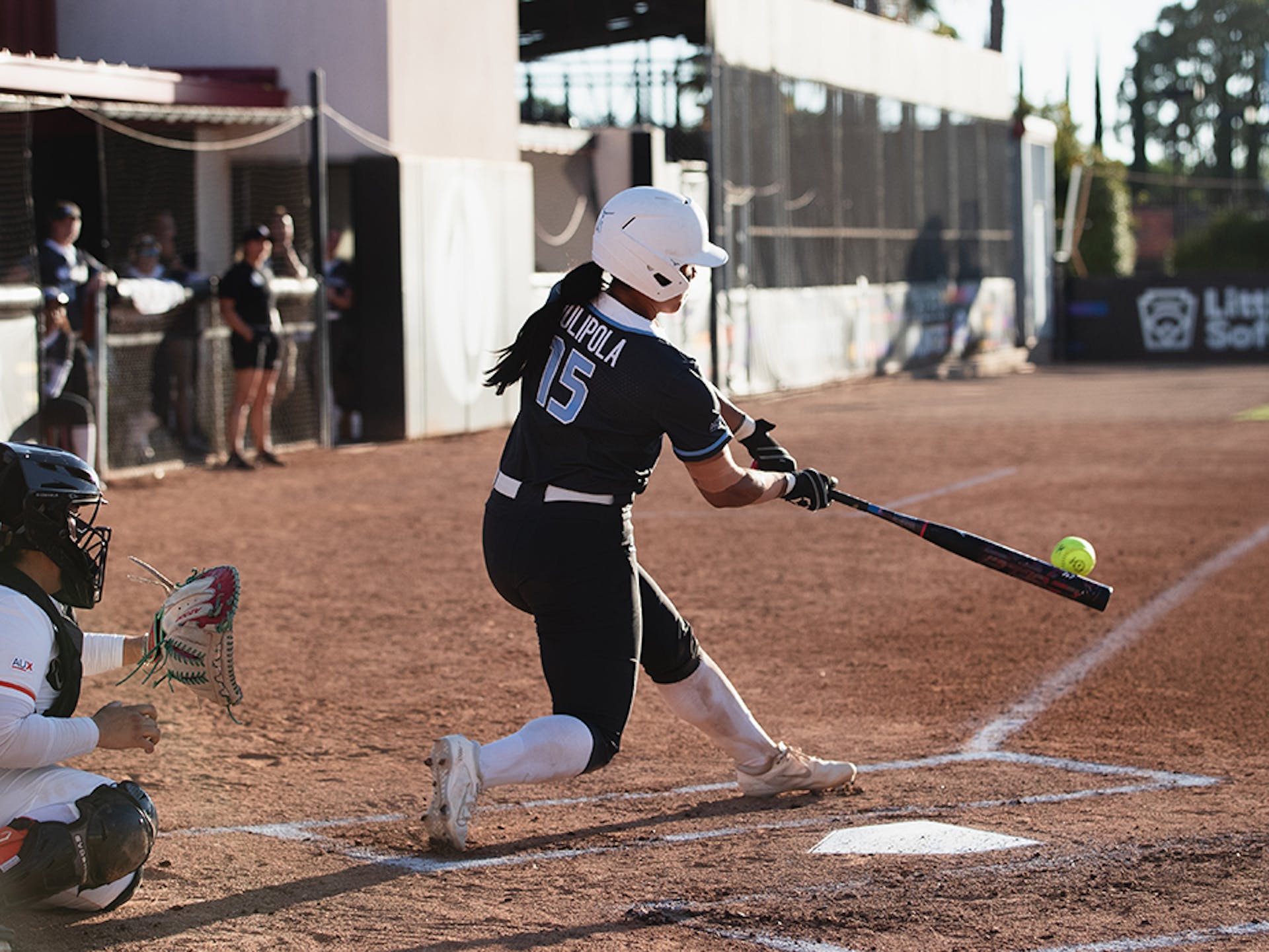 SAN DIEGO — If you’ve followed Athletes Unlimited Softball since its inception in 2020, you know how one swing of the bat can impact a game and the individual leaderboard.

But, if you’re new to the sport, all you had to do on Friday night was see how designated player Dejah Mulipola’s sixth-inning home run changed things on the scoreboard and the leaderboard. Her two-run shot with two outs in the frame capped a four-run outburst by Team Zerkle and provided the squad with an 8-4 victory over Team O’Toole at SDSU Softball Stadium.

In addition to the victory in the game, the blast gave Mulipola MVP 1 honors, which come with 60 leaderboard points. Add the home run, her other stat points and Team Zerkle’s 100 win points and Mulipola finished the night in the top spot of the leaderboard after a 208-point effort.

Team captain Morgan Zerkle and corner infielder Nadia Taylor each registered multi-hit games for Team Zerkle, which claimed a pair of victories on the day. Zerkle, who earned MVP 2 distinction, went 2-for-4 with two runs scored while Taylor had a 2-for-3 performance.

Rookie Georgina Corrick pitched 2.0 innings of scoreless relief to earn her second victory of the day. The South Florida product did not allow a hit and walked just one while upping her record to 4-1.

Corner infielder Tori Vidales and outfielder Aliyah Andrews each tallied two hits in the loss for Team O’Toole, which had posted a pair of wins to begin the final series on Thursday. Rookie Maggie Balint suffered the loss after conceding four unearned runs in 0.2 innings of work.

With the score tied at 4-all, Team Zerkle scored four unearned runs after an error with one out in the sixth inning. Zerkle broke the stalemate when her single brought home pitcher Aleshia Ocasio before a wild pitch allowed outfielder Haylie McCleney for a 6-4 edge. Mulipola stepped to the plate and drilled a 3-2 pitch over the left field bleachers, extending the margin to 8-4.

The win allowed Mulipola and Zerkle to move up five spots on the leaderboard and set up a pivotal contest on Saturday when Team Zerkle faces Team Fischer in the final game of the season. Mulipola owns a 42-point lead over her teammate and team captain, but pitcher Danielle O’Toole is just 74 points off the lead entering the final day.