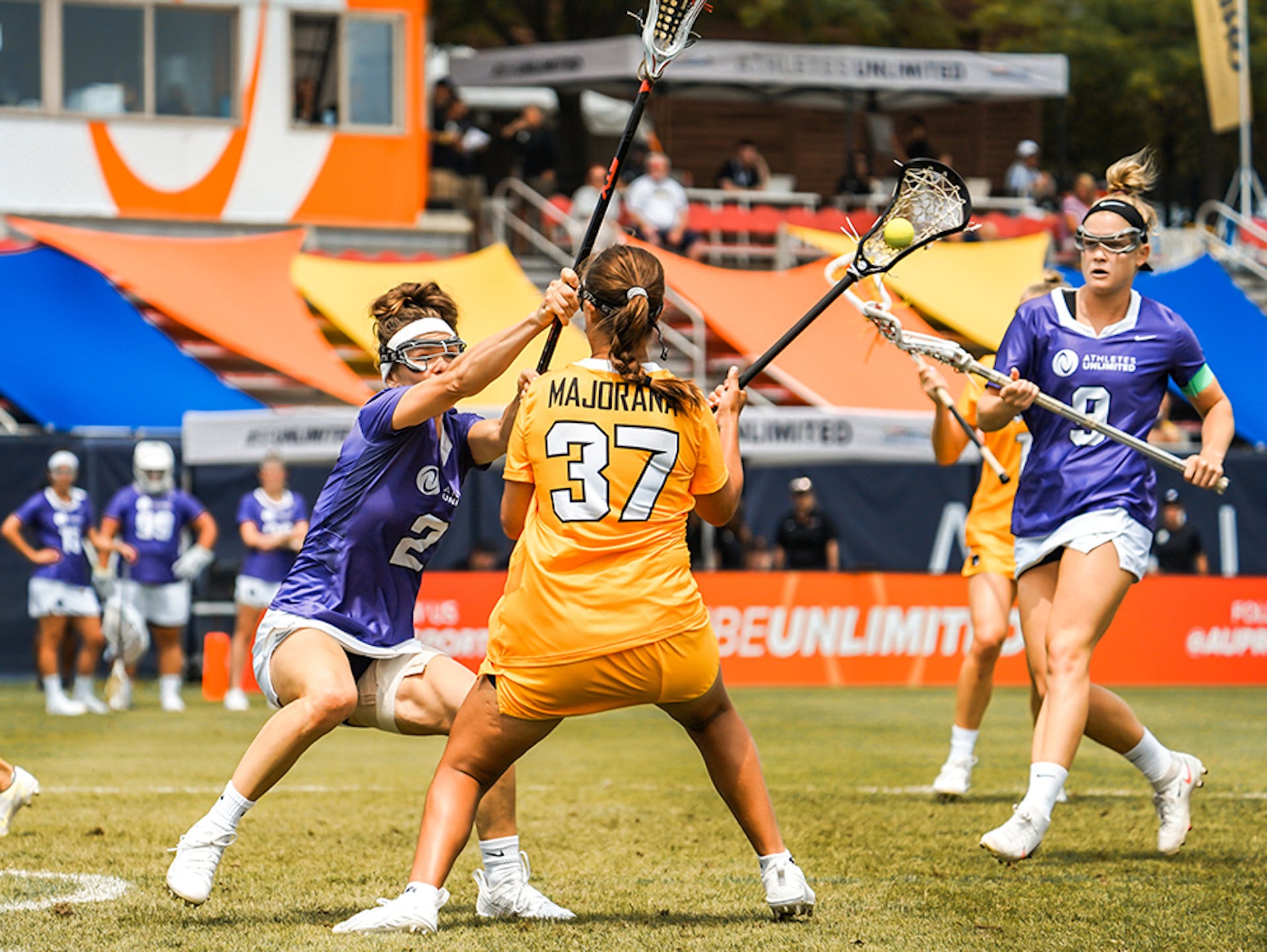 Tweets of the Game: Team Ohlmiller breaks 7-all tie to defeat Team O'Donnell 11-7

Team Ohlmiller broke a 7-all tie by scoring the game’s final four goals to earn its second straight win, an 11-7 victory over Team O’Donnell in Athletes Unlimited Lacrosse action at Maureen Hendricks Field at the Maryland SoccerPlex on Saturday afternoon. The win allowed Team Ohlmiller to remain unbeaten with a 2-0 record, while Team O’Donnell saw its record for the week move to 1-1.

Is it a requirement for the first @AUProSports game of the day to start with a BTB goal? Here for it.

She SHOOTS, she SCORES, she SOMERSAULTS

Dempsey doing what Dempsey does 👀

We've got the rookie @kwooood in the house 😎

The @uncwlax alum discusses with @AlyssiaGraves how Team @kylieohlmiller rallied together to finish strong and how they're looking to close out the weekend with another win 💪 #BeUnlimited pic.twitter.com/VYRZcfsIs5

It’s so great watching professional women’s lacrosse on broadcast TV – @FOXSports. @sydney_kerryn and I were looking forward to this all week. Tomorrow, we’ll be there in person to watch @AUProSports! pic.twitter.com/ad7VOvatLo

Kayla Wood finished the game with 34 stat points and was named MVP 1 (+45) for the second consecutive game. Wood accumulated 184 points total on the day, picking up five ground balls and netting a goal.

Team O’Donnell received two-goal performances from Taylor Cummings and Sammy Jo Tracy in the loss. Cummings was named MVP 2 (+30) and had 94 points.

How Athletes Unlimited is innovating Lacrosse