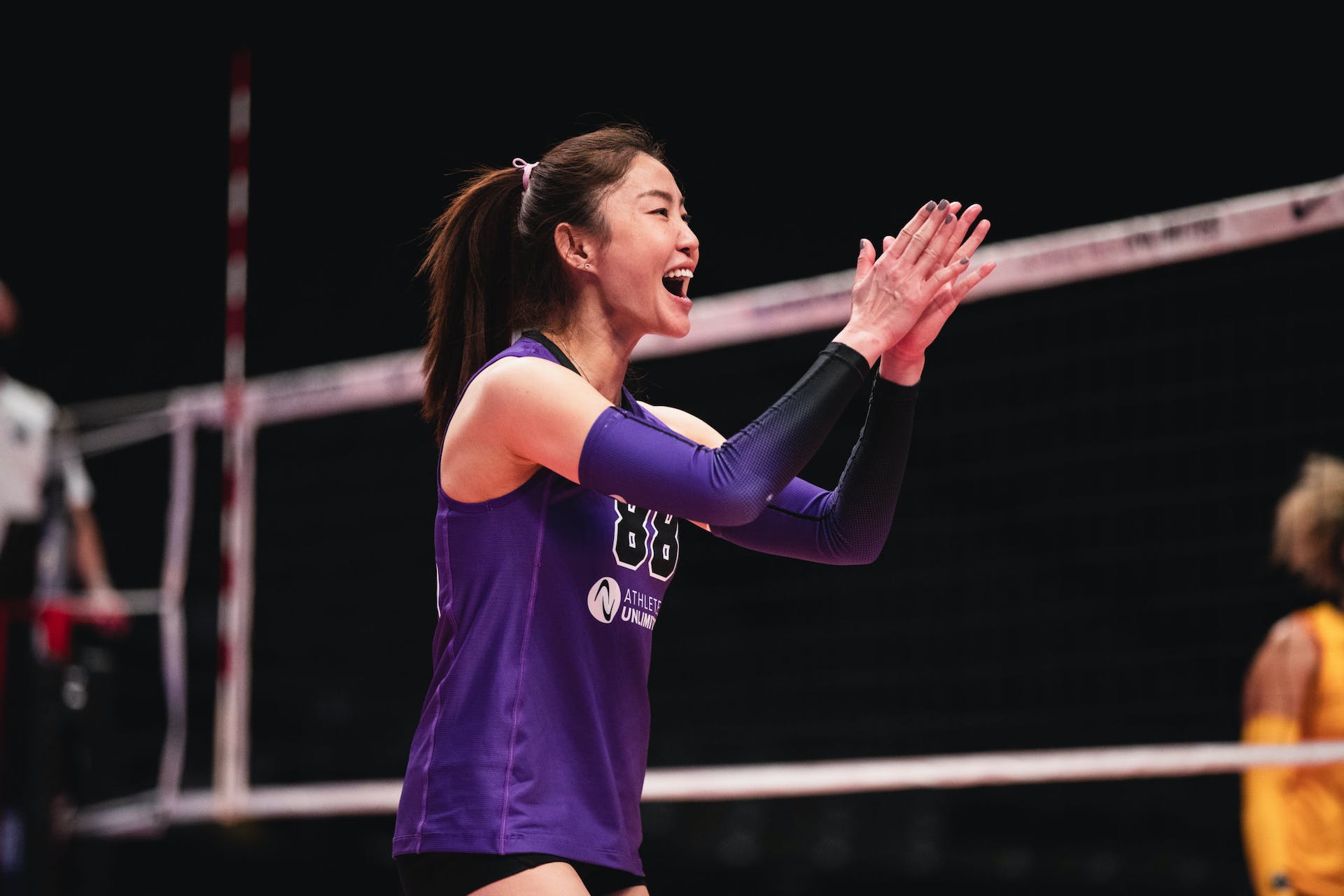 One of Bob Marley’s most famous lyrics? Yes. But it’s also the mantra teammates hear from setter Nootsara Tomkom.

When Athletes Unlimited players talk about competing with Nootsara, they are in awe of her craft as one of the best setters in the world – that’s a given. What they can’t stop talking about is the happiness and positivity that infects them when they play with her.

They’re not the only ones who are enraptured by the play and personality of the setter. Nootsara competed for Thailand’s national team for two decades and she’s a crowned member of the Fab Six, the Thai starters that competed together for years and became the country’s volleyball heroes.

The excellence and notoriety she gained throughout her volleyball career has amassed 1 million followers on Instagram, with a fan base that follows her wherever she goes.

For Natalia Valentin-Anderson, playing with Nootsara changed the way she approached the game. Before they reunited at Athletes Unlimited, they played together during the 2015-16 season for Azerrail Baku in Azerbaijan. What struck Valentin-Anderson first was the way Nootsara welcomed her and was willing to help her – especially because Valentin-Anderson is also a setter.

Nootsara told her, “Whatever you need, come to me.”

This was a shocking shift from Valentin-Anderson’s culture. “I was never taught that in Puerto Rico. You’re on your own, do what you have to do. And then there’s somebody else… If you help them, why are you helping them?”

What could have been competition between the two setters vying for playing time became a friendship.

“She was so open with me and told me, ‘Always trust your ability. You’re a great player,”’ Valentin-Anderson said.

They won the Azerbaijan Super League championship that year and Nootsara was awarded Best Setter.

Beyond being a good teammate, Nootsara helped Valentin-Anderson tap back into who she was when she first started playing volleyball as a young girl: happy, loud and a talker on the court.

"She's amazing. I learned to be a great teammate."
Natalia Valentin-Anderson

As she continued to compete at higher levels, coaches discouraged that attitude. They thought it indicated she didn’t take her game seriously.

“I get to professional my first overseas experience and I’m like, ‘Whoa, why did they make me change?’ I just wanna enjoy it, you know? She reminds me every time that it’s just a game. Let’s just enjoy and have fun.”

AU has been middle blocker Molly McCage’s first chance to play with Nootsara. They have repeatedly been drafted to the same team, competing in the first three weeks of the season together.

“I have never played with someone who’s so joyful on the court,” McCage said.

Nootsara and Molly have been riding to Fair Park Coliseum together for practices and even on those drives, Nootsara stops any negative talk in its tracks. She tells McCage to take it easy on herself.

“I think that’s why she’s been playing so long and why she’s so successful because she is literally happy the minute she touches the court, which is almost every day of her life,” McCage said.

There is so much young athletes can learn from Nootsara: how to be deceptive, setting with speed, stellar technique.

But what everyone – volleyball player or not – can take from the star is to choose happiness like she has shown those who have crossed her path.

"That person you just want on your team... And that success came because she's choosing joy."
Molly McCage