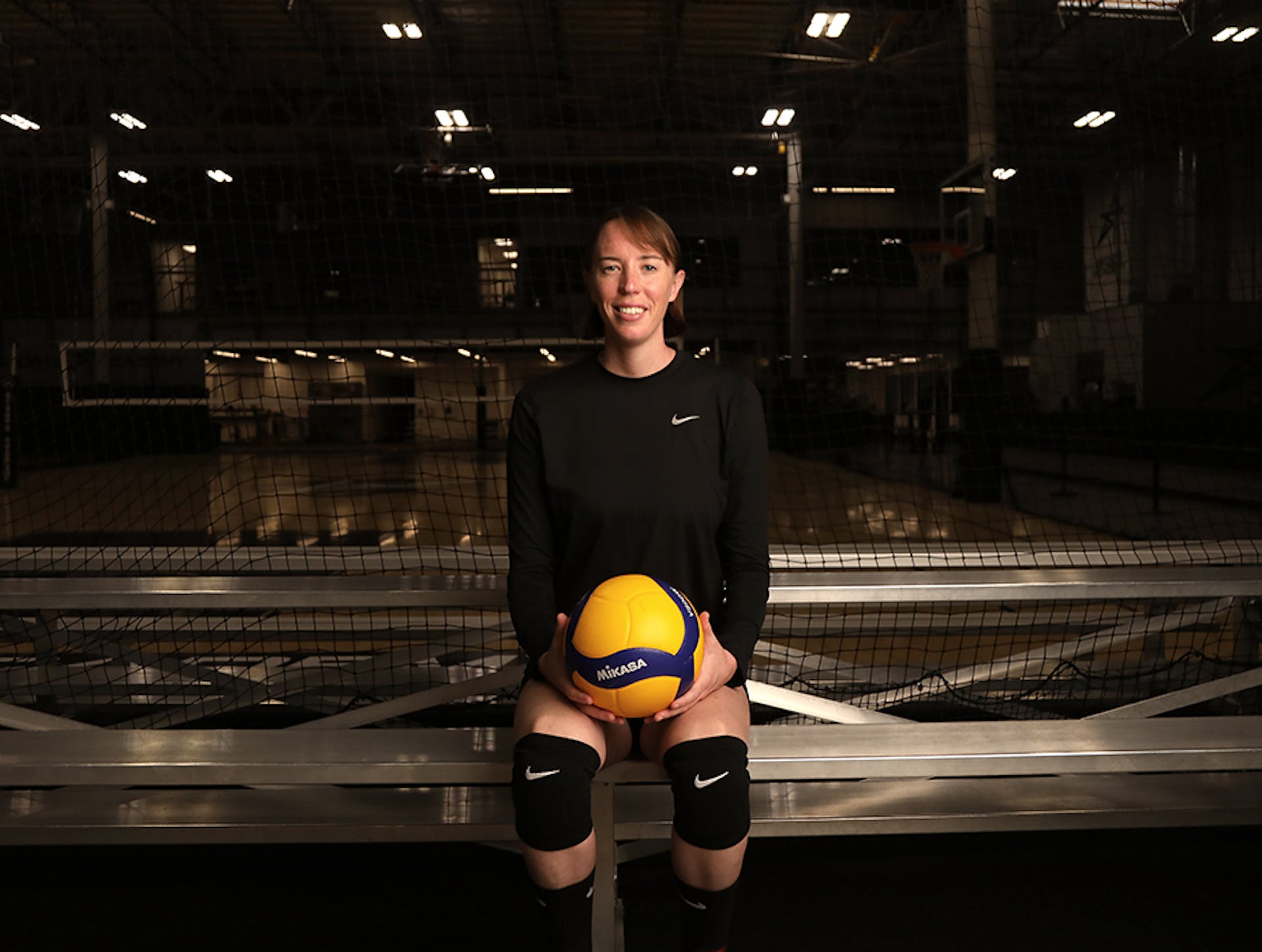 From being told she’d never walk again, to playing volleyball in five countries and representing the United States on Team USA, Cassidy Lichtman has had a career that many could only dream of. Her career, however, hasn’t come without challenge and was nearly halted before it ever began.

At 9 years old, Lichtman was told that due to chronic pain in her left leg, she’d never walk again. By the age of 10, not only had she proved doctors wrong, she was on the court playing club volleyball. From that point forward, she used her physical struggles and the adversity that came with them to fuel her throughout her career.

“I feel like I had to look at it like, ‘Okay, I can be upset about this and think about all the ways it could probably affect me negatively as an athlete.’ But to me it’s more about going, ‘Okay, how can I use what I’ve learned and use the tools that I’ve learned in dealing with it to become a better one and stronger one?’”

Lichtman’s resilient mindset has been a key to her success as she played college volleyball at Stanford University and then went on to play in multiple countries along with representing the United States on Team USA. Volleyball is a sport that she says resiliency is key.

“Playing for the international team and going pro and traveling overseas and all that, there’s so many things that are uncomfortable I’ve had to deal with. Whether that’s the competitive nature of the national team because there’s a lot of pressure to perform or it’s living in another country and not knowing what’s going on … There’s a significant amount of adversity that comes for anyone as a professional athlete and so having dealt with all that at a really young age I think prepared me in a lot of ways.”

From France and Switzerland, to China, Poland and Azerbaijan, Lichtman’s career has brought her all over the world.

“It’s fascinating and incredibly challenging because the very first thing is just the language barrier, obviously. A lot of my teams, my coaches, my teammates didn’t speak English.”

Despite the challenges, the experiences have been unparalleled. Having the opportunity to play for and win the French Cup ranks at the top of her list.

“When I was in France, we won the French Cup, which was a huge deal,” Lichtman said. “I didn’t know how big of a deal it was. One of the things when you go over[seas] is, you don’t have the whole history of the place and the league that you may have when you’re playing with the U.S. or your college team that you really understand the program. In the end we beat this team who had won [more than 10 years in a row] and I look around and see my teammates crying because this is probably the greatest experience of their life. I was just happy to see them that happy.”

I look around and see my teammates crying because this is probably the greatest experience of their life. I was just happy to see them that happy.
Cassidy Lichtman,
Outside Hitter, Athletes Unlimited Volleyball

While Lichtman says she’s grateful for the opportunities she was given to play professionally on an international scale, she couldn’t be more thrilled to play for Athletes Unlimited in the United States.

“When we go overseas there’s a misconception sometimes. People think of it like their trips to Europe and it’s not. It requires so much sacrifice and is a pretty isolating experience. You’re in practice and then back at your apartment and occasionally have an off day. You’re not going out and doing the touristy stuff for the most part, so to have the opportunity to play in the U.S. from that standpoint is huge.”

Lichtman is not only excited to play on home soil, but also to have the opportunity to be part of something that shows younger athletes what their future in the sport can look like.

“Having the opportunity to see professional volleyball in the American market and have it streaming or on TV that our fans can watch … To have the opportunity to see that in the U.S. and hopefully all the young people playing volleyball in the U.S. can see it and have new role models to look up to and just a new understanding of what their potential future in sport is, I think all of that is huge.”

Lichtman’s nearly decade-long career has featured challenges she’s overcome and brought her all over the world. It has brought her to this very moment: being part of a league with the potential for such a great impact in the U.S.