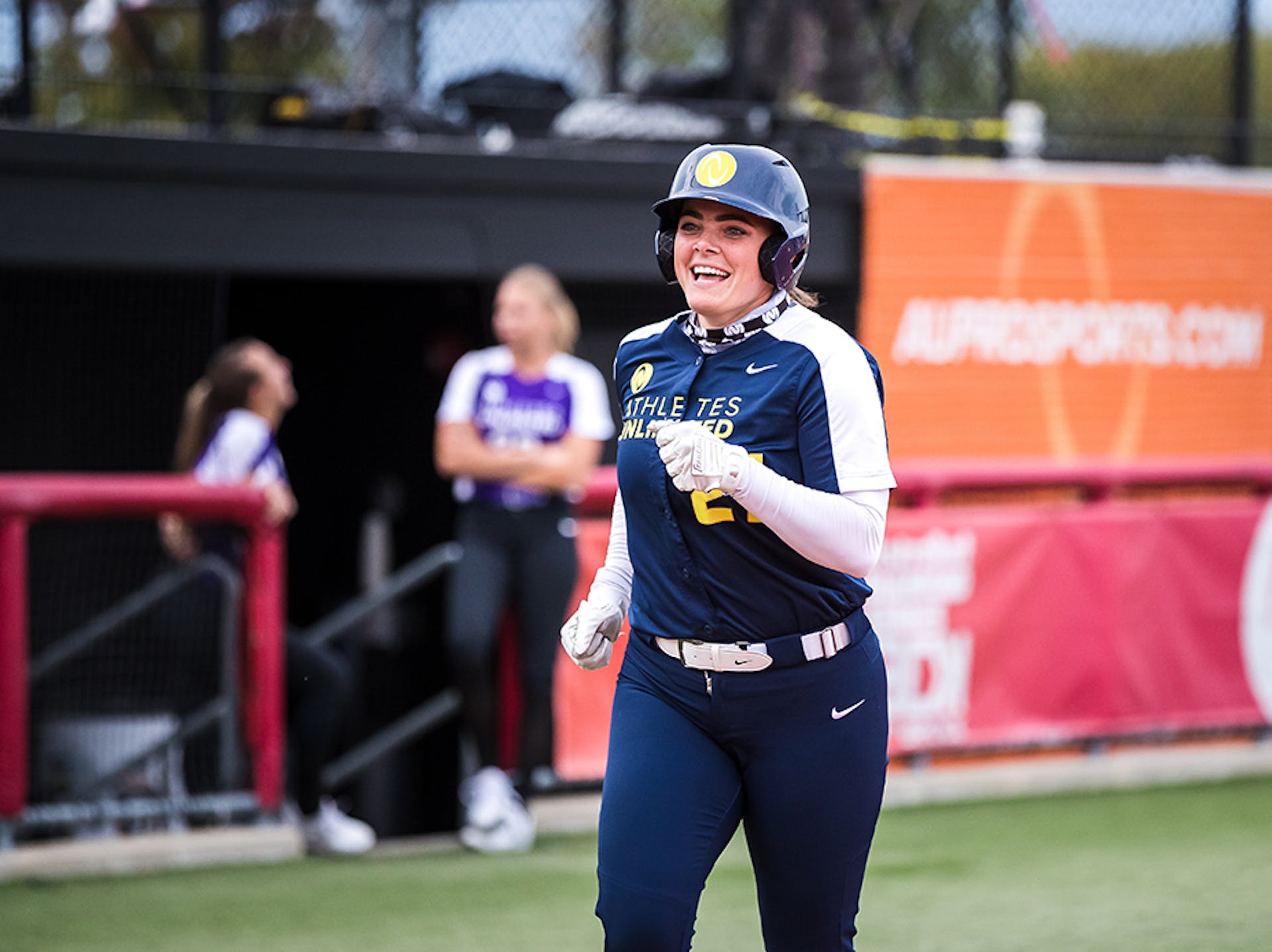 The way Cat Osterman has pitched this season, she doesn’t need to be staked to an 8-0 lead in the top of the first inning.

But she’ll gladly take it.

Osterman reached double digits in victories Sunday as the team she captains jumped out in front of Team Ocasio 8-0 in the first inning and put it on cruise control the rest of the way for a 15-2 victory at Parkway Bank Sports Complex.

Lefty Osterman pitched a complete game and ran her Athletes Unlimited record to 10-1 as she gave up three hits while walking three and striking out nine.

She also solidified her place atop the overall leaderboard with 2,318 points heading into Monday night’s showdown with Team Warren, whose captain, Jessie Warren, sits second with 1,980 points. That game will begin at 8 p.m. ET (7 CT) and will follow the game between Team Piancastelli and Team Warren at 4 ET (3 CT). Both games will be televised by CBS Sports Network.

She said she did not give her team marching orders to put up an 8-spot but added it was nice to pitch with that kind of lead early.

“It was great to get a cushion that early,” she said. “That allows you to relax a little bit and know that one pitch isn’t going to change the game. No, actually those orders didn’t come from me. The team has been talking about, ‘Let’s figure out how to win every inning and put runs on the board and not kind of fall into a lull because we do have a big lead.’ I think we did a great job of that tonight to continue to put runs up almost every inning. Our offense was unbelievable.”

This game also was a nice showcase for the hitters at the bottom of the batting order for Team Osterman. No. 8 hitter Anissa Urtez singled twice, doubled, had an RBI and scored three runs.

Zerkle added to her RBI groundout with a pair of singles, a double, a stolen base and two more RBI. She has quietly crept up the leaderboard to fifth with 1,570 points. Zerkle isn’t a power hitter, but she helps her team with her exceptional speed and ability to get on base and steal.

The Athletes Unlimited scoring system rewards those qualities and that skill set as well.

“I think it’s awesome because each player is different, and I’m still able to get points by getting a single or a double here or there and get some stolen bases in there, and I have a chance to stay at the top,” said Zerkle, who won MVP 3 honors for the game and picked up an additional 20 points on top of her 50 stat points and 120 win and innings points.

This was a breakout game for Urtez, who came into Sunday batting .240.

“We were all being very consistent,” she said of the first inning. “They gave me a lot of confidence because I’ve been struggling at the plate a little, but you know that just being able to have my back and having that confidence really helped me today.”

MVP 1 honors and 60 extra points went to Team Ocasio’s Nicole Pendley, who hit a two-run homer in the fourth.

There will be a couple of interesting things to watch Monday. Osterman has a seemingly comfortable lead in the points standings, but she doesn’t seem to to be giving that a lot of her attention.

“I came in here just trying to get my feet under me and going into however next number of months into the Olympics,” she said. “The leaderboard wasn’t my focus. Obviously I was able to find my groove and put together some great performances. I think more the last couple of days now that everyone’s trying figure it out and see how close everyone can get, if Jessie (Warren) can catch me and leap me and all that kind of thing, it’s been a little bit of thought.

That raises the question of whether Osterman will start Monday night. She drafted fellow lefty Haylie Wagner with the first overall pick for this weekend, and Wagner is well rested.

“Obviously I’ll give it some thought, but throwing seven innings today, Haylie will probably get the nod,” Osterman said. “I would like that if (she) can, she finishes out the game. I’ll be ready if we need to. If we need to do like we did (Saturday) and go back and forth, we will. But she carried the load (Saturday). Today the plan was for me to carry the load.

“We’ll play it by ear tomorrow, but I think it’s fitting that Haylie Wagner finishes it out if she can with being one of the first three to actually get this thing off the ground.”