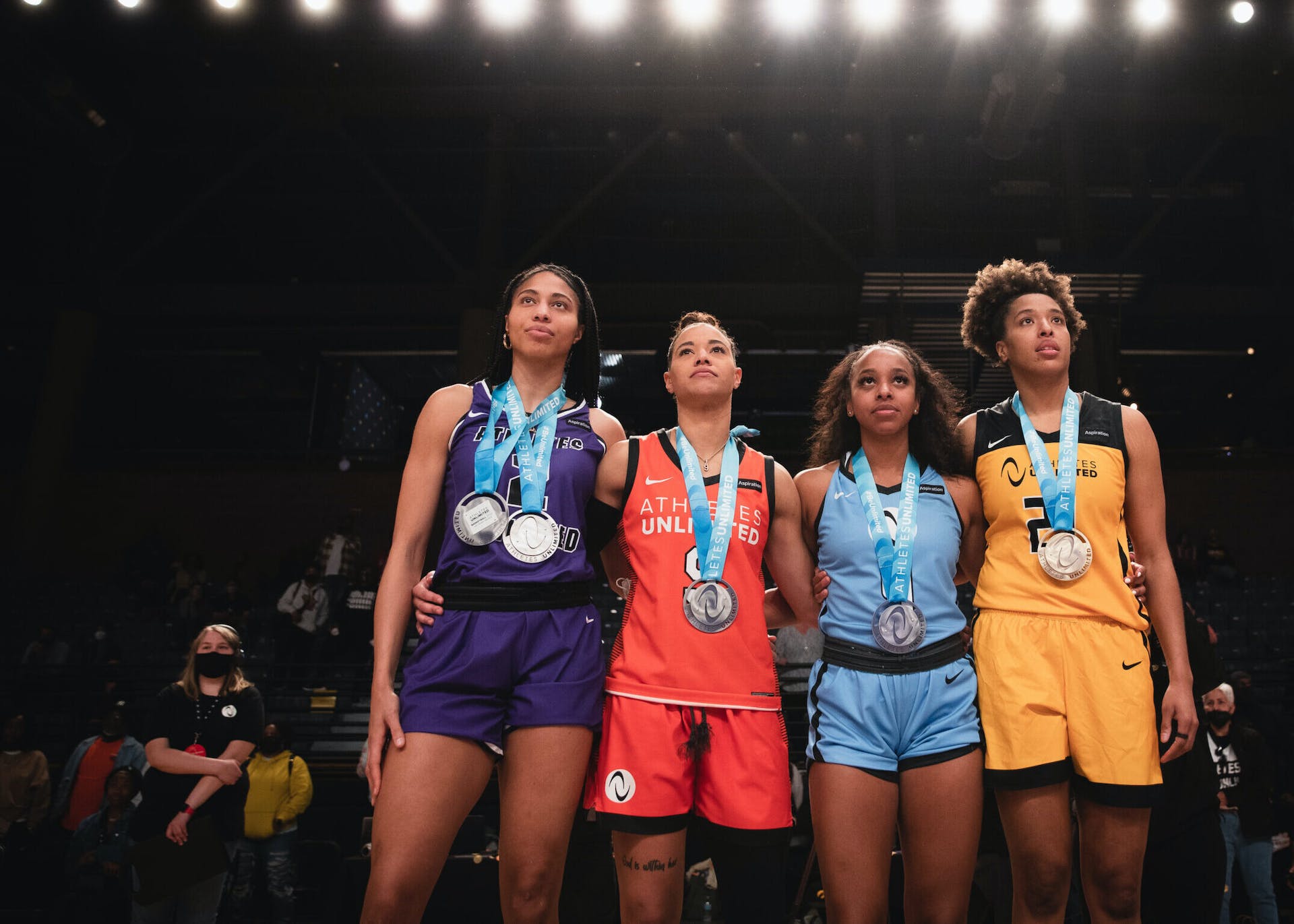 Learn more about the history of champions and medalists in Athletes Unlimited Basketball.

A complete list of Athletes Unlimited Basketball champions and medalists from each season. Each champion is inscribed into the Book of Unlimited.

After rising to No. 1 overall on the leaderboard in Week 3, Tianna Hawkins never relinquished that spot. Hawkins finished the season with 6,836 points, becoming the inaugural Hoops Champion.

She also recorded a league-high 11 double-doubles.

The three-time captain of the gold squad led her teams to a 7-2 record. She led the league in stat points (3,336) and MVP points (750), earning MVP 1 honors six times, MVP 2 honors twice and MVP 3 honors three times.

Natasha Cloud finished the season ranked No. 2 on the leaderboard with 5,919 points overall – 917 points behind Tianna Hawkins.

Cloud, who was an advocate for the addition of a women’s professional basketball league in Athletes Unlimited, recorded league single-game records in 3-pointers (6), free throws (16), and assists (15). She also holds the league record in assists (133) and registered the first-ever triple-double in league history ​​with 17 points, 10 rebounds and 10 assists on Feb. 12. It was also the first triple-double of Cloud’s career.

Securing the No. 3 spot with 5,373 points is Isabelle Harrison. She was a four-time captain, joining Natasha Cloud as the only players this season to be a captain during four of the five weeks, and netted 275 points and 45 assists throughout the five weeks.

Harrison was also selected as the Defensive Player of the Year by the players, facilitators and members of the Unlimited Club. Harrison finished the season with 109 rebounds, 31 steals and 11 blocks. She received a medal and a $5,000 bonus.

Lexie Brown, who captained the team that defeated Harrison, rounded out the top four on the leaderboard with 5,317 points. Brown recorded 210 points, 70 assists and 63 rebounds. She ranked second in steals, grabbing 38 from her opponents.

Brown, Isabelle Harrison and Natasha Cloud are the only three players to remain in the top five spots of the leaderboard since the season began.

The Sportsmanship Award is awarded to an individual player who exemplifies the attributes of good character, integrity and sportsmanship. The 2022 recipient of the award was CC Andrews.