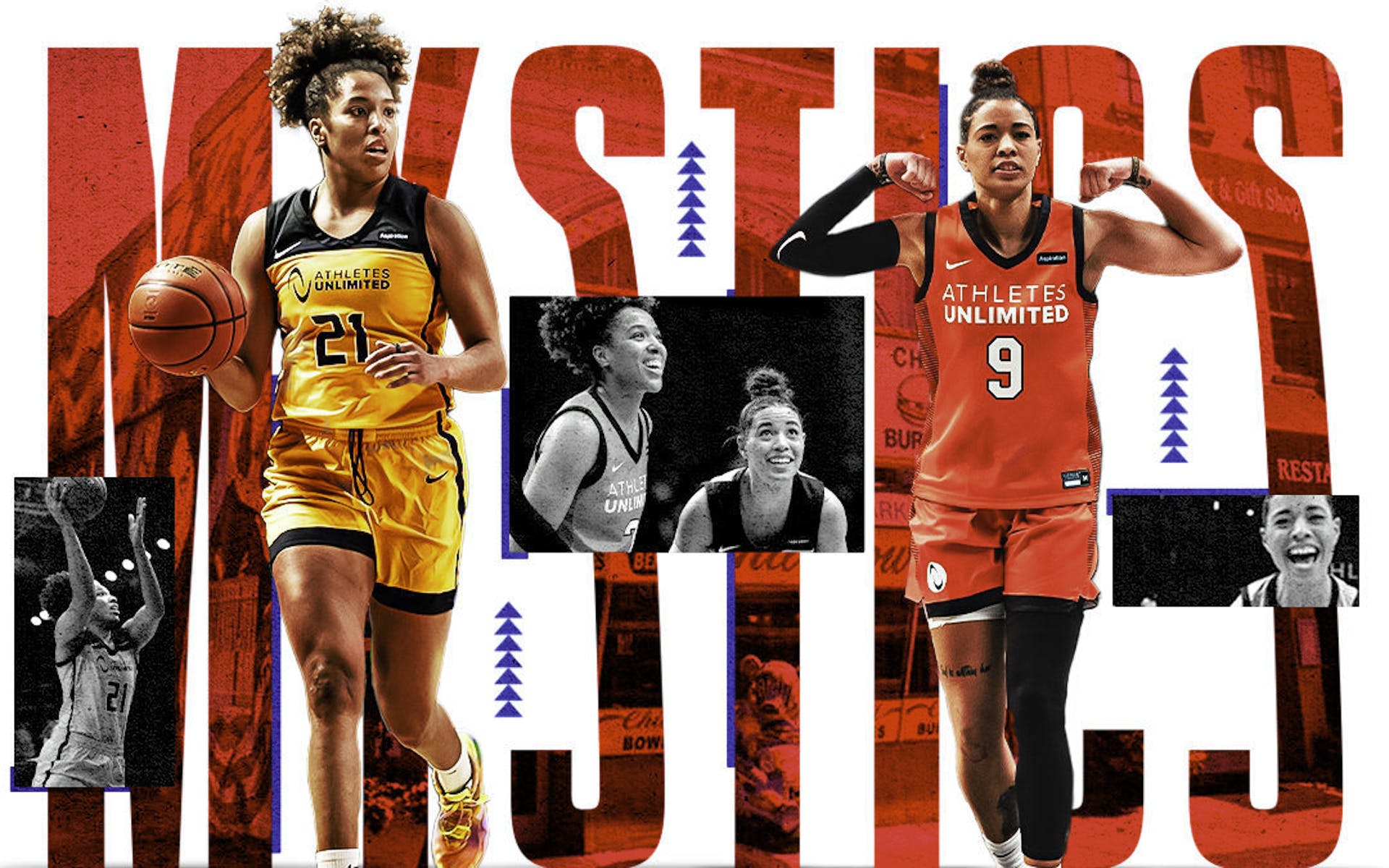 The 26th season of the WNBA kicked off on Friday night with 10 Athletes Unlimited Basketball stars competing in the opening weekend.

Here’s how the #AUHoops athletes contributed to their squads in the first few games of the 2022 season.

Natasha Cloud wanted to make one thing known to the WNBA and its fans from the jump: she’s a shooter.

In her first two games, she made good on that statement. Washington opened up the season against the Indiana Fever at home and while battling back and forth early, the Mysics went on a series of runs to secure a dominant 84-70 victory.

Cloud started the season on a hot note on the floor and on social media. Not only did she drop 17 points, but she also dropped Fever rookie Lexie Hull to the ground in a highlight that went viral. Just as fast as the season started, Cloud was on SportsCenter.

In the postgame press conference, Cloud jokingly warned, “Don’t guard me over half court. I’m gonna have to do a lil somethin’-somethin’ to you.” She went on to give love to the rookie who she watched compete at Stanford and said that she respects her game.

The Mystics were on the road on Sunday and Cloud packed her aggressive offense in her carry-on.

She scored all of her 19 points in the first half to go with six assists and six rebounds while leading the Washington Mystics to a 78-66 win over the Minnesota Lynx.

Athletes Unlimited reigning champion Tianna Hawkins put up seven points and three rebounds in the opener. She was out due to personal reasons against the Lynx and is set to return this week.

The Sparks have quite a few new additions this season making an impact and Lexie Brown is one of them.

Her season with LA started on the road and in an arena she is very familiar with, but she didn’t allow going up against her former team to phase her. Once Brown came off the bench against the Chicago Sky, she rarely left the floor.

She was efficient beyond the arc, shooting 4-for-5 for 12 points on the night, five assists, three boards, and two steals. Brown has the ability to provide an outside presence the Sparks need; she hit their only three of the game in their 87-77 victory over the Indiana Fever.

Although it’s early, it will be interesting to keep an eye on Brown and see if she embraces a 6th man-type role for the Sparks or breaks into the starting lineup.

Storm split Week 1 with Lavender contributing off the bench

The Seattle Storm made moves during the off-season to add veterans like Jantel Lavender to the bench in hopes to take some of the load off their three All-Stars.

She put up nine points during her 23 minutes of the Storm’s season-opening victory over the Minnesota Lynx, 97-74.

Center Mercedes Russell is still out with a non-basketball-related injury and is expected to miss another three to five weeks.

Returning to the Aces this season, fan-favorite Sydney Colson had 11 minutes in each of the Aces’ pair of games this season. Colson said she’s a different person and a different player, and hopes to bring a solid defensive effort and boosted confidence off the bench.

On the hunt for a win in Week 2

Kelsey Mitchell put up numbers but the Indiana Fever couldn’t push to a win yet. They have a young group this year with the opportunity to come together as the season progresses. Mitchell carried a large part of the offensive load against the Mystics, scoring a team-high 18 points.

The Minnesota Lynx (0-2) and guard Odyssey Sims are also looking for their first dub and will face off against the Fever on Tuesday, May 10 at 7 p.m. ET.

All five starters for the Sun, including guard DiJonai Carrington, scored in double digits in their 81-79 loss to the New York Liberty.

Connecticut was without two key players, including guard Courtney Williams, who had to serve a two-game suspension from last year.

The Wings struggled from the field (17-70) in their loss to the Atlanta Dream. Isabelle Harrison is one of the few bigs the Wings have in market right now but they are expected to improve with the return of players that are overseas. Saturday was Harrison’s first game after signing with the Jordan Brand.

This new generation of WNBA players be fine now. True baddies. I remember the early days, they used to look and dress like KRS-ONE https://t.co/fmmIua4YNM

This week’s ‘AU Hoops in the W’ game of the week will be Tuesday, May 10 at 7 p.m. ET on Facebook as the Las Vegas Aces travel east to take on the Washington Mystics. Both teams are off to a strong start so expect a competitive matchup.

Athletes Unlimited digital media reporter Savanna Collins will have updates throughout on Twitter and join the postgame press conference to share insights your favorite athletes.