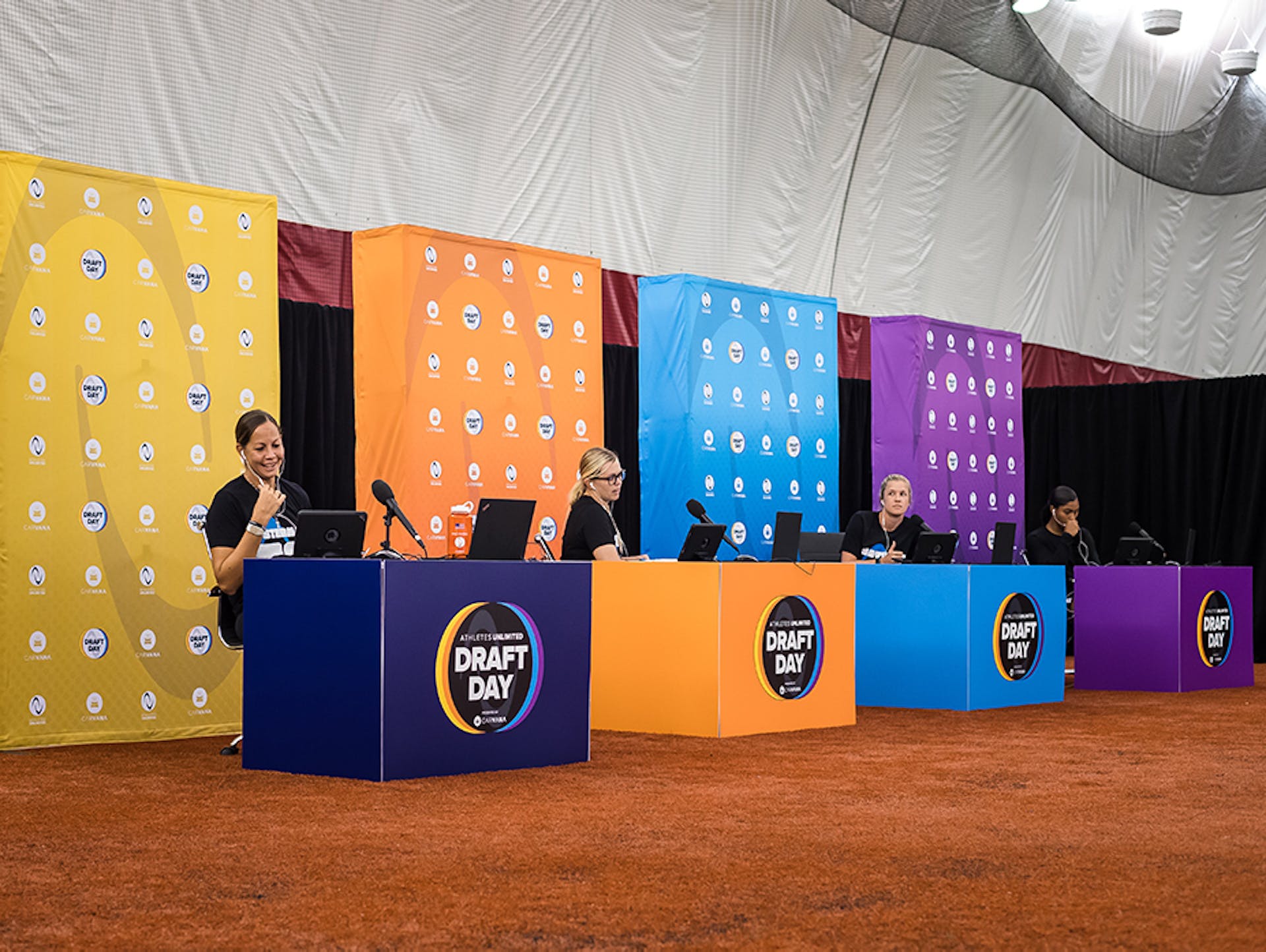 It was perhaps the biggest no-brainer in the history of any draft in any league.

Pitcher Cat Osterman and catcher Gwen Svekis were hand-and-glove during Osterman’s two starts during the first weekend of play of Athletes Unlimited softball.

It just so happened that Osterman piled up the most points (604) over two starts in helping Team Warren to a 3-0 record over the first round of play.

That earned Osterman the top captain’s spot for the second week’s draft, which took place Monday.

For the second week in a row, a catcher was taken with the No. 1 overall pick. In the inaugural Athletes Unlimited softball draft, captain Haylie Wagner selected Amanda Chidester with the first pick. Interestingly, Wagner and Chidester will be reunited, as they were the top two picks of Show, who drafted second.

Svekis caught both of Osterman’s starts. At the plate, Svekis went 3-for-10 with a home run and five RBI.

Other catchers to go high in the draft were Sashel Palacios, who went in the third round to Team Hayward. Right after that, Ocasio took Erika Piancastelli, who caught Ocasio’s victory for Team Warren on Sunday. Piancastelli homered in that game, and she moved up from the sixth round of the inaugural draft to the third round Monday.

Several players moved up significantly from the first draft to the second. In Athletes Unlimited, players earn points for individual and team performances. Sam Fischer made a run at the top 10 of the overall leader board with a home run (40 points), a double (20) and a walk (10) Monday. She also earned 40 additional points for being the second MVP choice in that game.

Also of note, the Pendley sisters, Nicole and Shelby, will play together for a second straight week. Shelby was a seventh-round round pick of Show, and Nicole (a team captain last week) was taken by Show in the 10th round. Last week, Nicole took her sister in the third round of the draft.

Utility players and speedsters also are important in Athletes Unlimited softball games. Morgan Zerkle went 3-for-6 at the plate this past weekend. She also had a sacrifice bunt and was 1-for-1 in stolen-base attempts. Those ‘little things’ earned her an additional 20 points.

The teams will take the field beginning this Saturday at 1 p.m. ET/12 p.m. CT as Team Ocasio takes on Team Show on ESPN3.