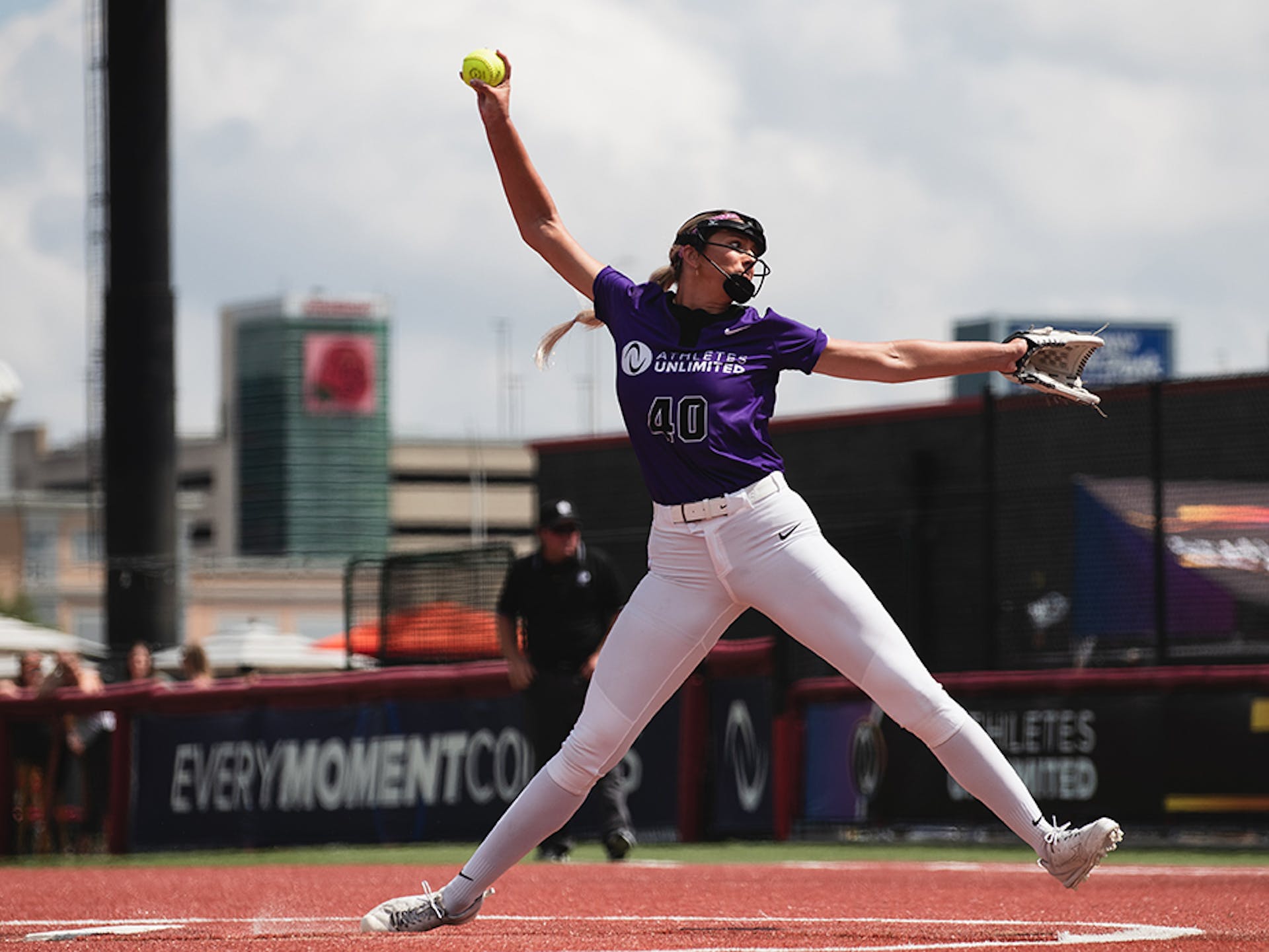 ROSEMONT, Ill. — Alyssa Denham was in the opposing dugout nearly one year ago when Cat Osterman threw the only no-hitter in Athletes Unlimited Softball history.

On Sunday, Denham was just four outs away from joining Osterman in the exclusive no-hitter club. But, her three-hit shutout performance was enough to lead Team Chidester to a 1-0 victory over Team Jaquish at Parkway Bank Sports Complex.

The win allowed Team Chidester to finish Week Four with a 2-1 record, while handing Team Jaquish its third straight setback.

While she was unable to match Osterman’s historic feat, Denham was able to join the legend as the only athletes to register the maximum 264 leaderboard points for a pitcher in a game after securing all 120 win points in addition to 84 stat points and the 60 points awarded to the MVP 1 selection.

Denham, who raised her record to 4-0 in the circle, did not concede a hit over her first 5.2 innings before outfielder Morgan Zerkle hit a double to left center field that fell between outfielders Kelsey Harshman and Nicole Rangel-Mendes.

Harshman, who tallied 180 leaderboard points, secured MVP 2 accolades after driving in the lone run of the game with a double to right center field in the sixth inning.

Pitcher Rachel Garcia was the MVP 3 choice for Team Jaquish, allowing just one run on four hits with a season-high nine strikeouts. Garcia, who saw her record drop to 2-2, paced her squad with 104 leaderboard points.

After the teams battled through five scoreless innings, Team Chidester took a 1-0 lead in the top of the sixth. Team captain Amanda Chidester reached base on a walk with one out before coming around to score on Harshman’s double to right center field two batters later.

The shutout performance lifted Denham eight spots in the leaderboard to the No. 3 position pending the results of Sunday’s second game between Team McCleney and Team Mulipola. Harshman also made a large jump in the league standings, rising nine spots to No. 9 with 1,174 points.