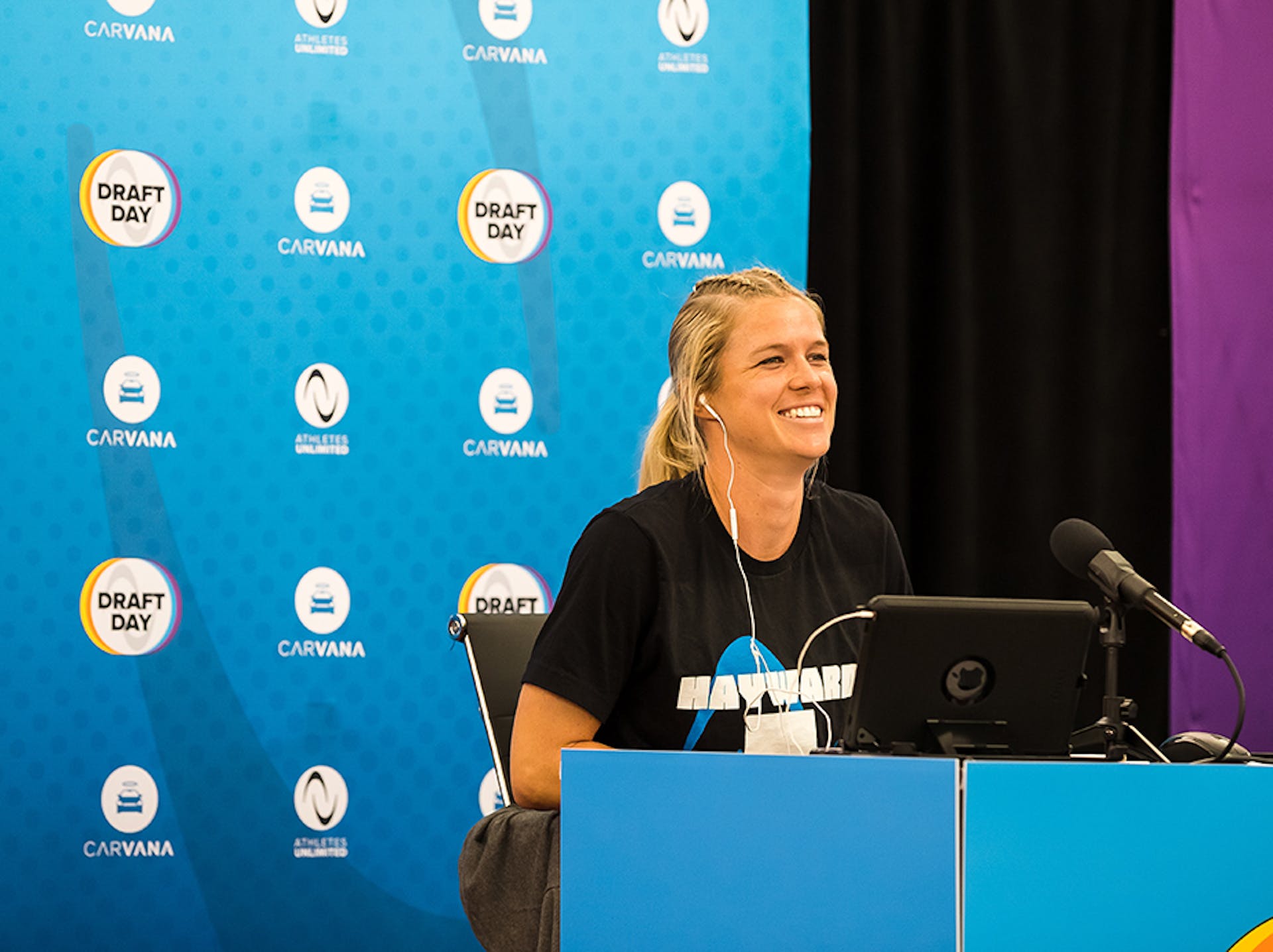 For Week 4 captains, familiarity seems to be key

With four captains who had been there and done that, it was hardly surprising that “familiarity” was the watchword of Week 4 in the Athletes Unlimited’s softball draft.

That doesn’t mean there wasn’t a roll of the dice or two, but it appears the captains don’t want to mess with success.

Osterman may have raised some eyebrows when she took newly signed pitcher Trish Parks in the fourth round. Parks was added to the Athletes Unlimited player pool this week just as pitcher Aleshia Ocasio was returning to the market after a week away to tend to a family situation.

Even so, Osterman sounded a cautionary note about Parks after the end of Week 3 play Monday night.

“I hope that whoever drafts her at least gives her a little bit of leeway before you throw her into the wolves,” Osterman said. “I think the good thing here is we’re all trying to help everybody out. We’re all talking to other pitchers on our staff and trying to help them get better and grow. So no matter what staff she’s on, she’ll be able to get some good advice. I think mine will be, ‘Just stick to your game right now. Get comfortable. From there, if your game’s getting hit, then make adjustments but go with what’s your best stuff.’ She’s probably got an advantage in the fact that coming from Fullerton, I don’t know that a lot of our hitters know who she is or what she does. So she may have an advantage there a little bit.”

With hitters doing much damage for the first three weeks of the season, pitching certainly is at a premium, and that was reflected in Tuesday’s draft.

After Osterman took Svekis, the next three players drafted in the first round were pitchers. Captain Janie Reed of Team Orange took Danielle O’Toole with the second overall pick. O’Toole has been a first-rounder all four weeks. With the third overall pick Team Blue captain Victoria Hayward took stalwart lefty Haylie Wagner, who has drawn some tough matchups this season.

Team Purple captain Jessie Warren completed Round 1 by taking Ocasio, who relinquished her captaincy this past weekend to head home.

Like Osterman, Reed went heavily with players who played on her team this past weekend. After drafting O’Toole, Reed spent the next three rounds taking infielder Hannah Flippen pitcher Randi Hennigan and infielder Amanda Sanchez, all of whom played for her in Week 3. Reed also again drafted catcher Aubree Munro (10th) and infielder Joey Lye, who went in the 12th round in the Unlimited category.

Hayward was a Week 2 captain, and she went a different route, taking players who had not played for her. She may have scored coups with second-rounder Haylie McCleney and third rounder Sahvanna Jaquish, both of whom have had big games offensively of late.

Team Purple captain Warren went with catcher Erika Piancastelli in the second round. Piancastelli took over as captain of the Orange team this past weekend after Ocasio took leave. As a sixth-rounder in the Week 1 draft, Piancastelli has seen her stock rise dramatically, both with her catching and leadership. Piancastelli played for Warren in Week 1 as did speedster Morgan Zerkle, who went in the seventh round and who has opened eyes the past couple of weeks with her hitting and baserunning skills.

The signing of Parks meant that there were 57 players in the pool as opposed to 56 in previous weeks. The extra pick went to Team Warren.

The teams Osterman has been on are undefeated this season. She was able to use Hayward effectively at the top of her lineup this past week, but with Hayward leading another team, Osterman may have drafted with an eye on on-base percentage. She took Megan Wiggins in the second round. Wiggins was the leadoff hitter for Team Piancastelli this past weekend. She has a .500 OBP. Osterman also took on-base machine Nerissa Myers in the sixth round. Myers has a .588 OBP, thanks to 11 walks and being hit by five pitches.