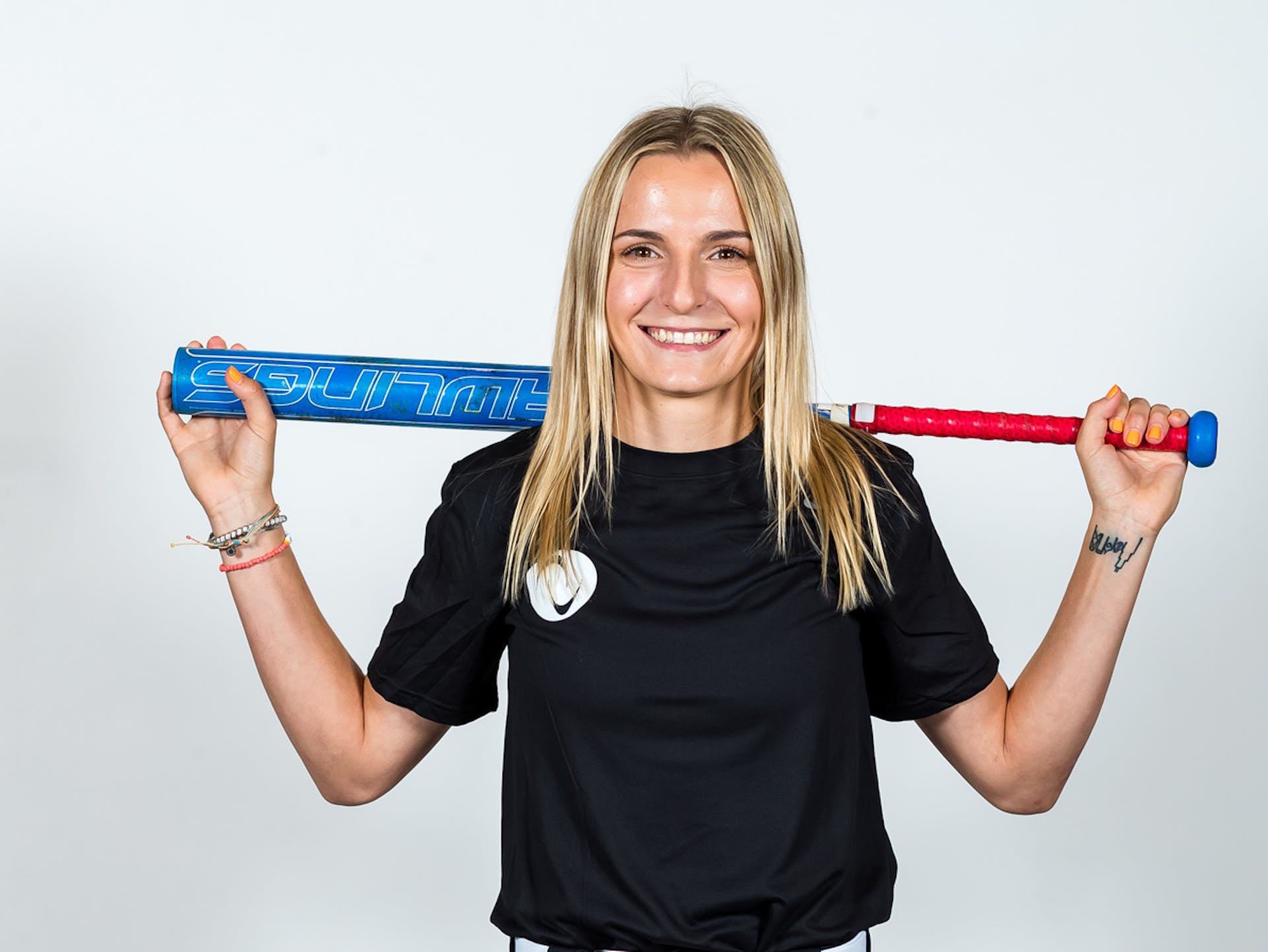 Kayla Wedl wasn’t sure what kind of news the email from Athletes Unlimited would bear after she took part in open softball tryouts in June.

So she drew a breath and began reading.

“It’s kind of funny,” she said. “I started reading the email. It was like, ‘Thank you for coming.’ When you see that, you kind of assume it’s going to be, ‘Well, it didn’t work out.’ Then it was, ‘We’re offering you a contract.’ Then I just lost it. Tears started falling. I called my parents. They started crying. Yeah.”

Wedl, a shortstop, joined 2020 returning infielder Lilli Piper and rookie pitcher Nicole Newman as players from the tryouts to receive contracts for the upcoming season, which begins Saturday at the Parkway Bank Sports Complex in Rosemont, Illinois.

Making it even more special for Wedl is that she is a resident of the Chicago area. She was a record-setting pitcher at Wauconda High School in the northwest suburbs before switching to the infield at the University of Illinois Chicago, where she became a standout on the offensive side.

So this local player now gets to perform at the highest level near home before friends and family. How cool is that?

“Yeah, it’s pretty fricking cool, I’ll put it that way,” she said. “I’m really blessed that I’m 40 minutes away, 30 sometimes with no traffic. And then I have the opportunity to play in front of my family and college team once again. That’s pretty awesome.”

“Pretty awesome” is the best way to describe Wedl’s softball career. At Wauconda High, she was a two-time captain of the Daily Herald’s All-Area team for Lake County. She led her school to three sectional titles. In the circle, she struck out 1,191 and walked only 97 in 714 innings pitched.

When Wedl got to Illinois Chicago, coach Lynn Curylo suggested a change.

“At UIC, I was recruited as a pitcher,” she said. “I was playing second when I could. I was distributing my time at UIC across hitting, pitching and fielding. We talked. The coach was like, ‘Hey, you can’t be great at all three’ with how much limited time I have in my body. I can handle only so much in college. So we made the decision that, ‘Let’s be great at one.’

“My freshman year, I think there were six or seven pitchers. And there was one girl who could play shortstop. I was at second base after my bullpen, and the coach said, ‘Go to short, Kayla.’ I was like, ‘What? OK.’ I didn’t question it. But I was like, ‘Oh, my God, I’ve never played here before.’ And … the rest was history. I never left there.”

That history at UIC was, well, historic.

As a grad student, Wedl became the first player in Horizon League history to lead the league in all eight offensive categories in a single season.  She left UIC second all-time in batting average (.378), runs (202), home runs (43), stolen bases (82) and total bases (505).

She took those numbers and the right attitude into the tryouts, knowing full well only a handful of players out of 25 would be offered contracts by Athletes Unlimited.

“I just went in there with the mindset of, ‘You have nothing to lose,”’ she said. “I would have more regrets if I didn’t show up or go. I just gave it all I could on every play and every opportunity I had. I gave it the best that I possibly could. It ended up working.”

It gets better from there. This product of mid-major Illinois Chicago will be playing with and against players from some of the most high-powered college teams in the nation. And that’s not all.

“You see the roster and you see 20-25 Olympians,” she said. “And you’re like, ‘Wow, you did that.’ It’s really cool. It’s awesome to get to meet these girls, some I’ve looked up to my whole life, like Cat Osterman, and some that I’ve actually played against or watched in college. So it’s really cool to be able to put on the same jersey as all of them and get to know them and hang out with them in our off time. I’m really excited.”

Wedl said she’ll approach her rookie season with the same mindset she did the tryouts.

“To not put pressure on myself, have fun and then just play the game I love,” she said. “Don’t focus on the outcome of things because at that point, you’re just going to try too hard, and that’s going to end up not working out. So as long as I’m having fun and relaxed, I know things will fall into place. I’ll just go from there.

“Going into my junior year of college, I realized how much easier the game was when you just have fun with a smile on your face and just enjoy your time there because at the end of the day, you’re not going to be remembered as a stat line. You’re going to be remembered for the kind of teammate you were and the memories you made with people. So that kind of took the pressure off things. It just made things easier and ended up making me a better ballplayer in the end, too.”

There’s only one more thing to clear up with Kayla Wedl. During the tryouts, she drove to and from the Parkway Bank Sports Complex in a car with a St. Louis Cardinals logo on the license plates.

Wait a minute here. How does that square with someone from deep inside Chicago Cubs country?

“OK, don’t worry,” she said with a laugh. “It’s my mom’s car. I am a Cubs fan, born and raised, 100 percent. My dad and I are Cubs fans. My mom and sister are Cardinals fans. So the house is divided. But I hadn’t bought my car yet until the next month. So I was driving her car. Yeah, it’s hard to drive that with that on it. We like to bicker at each other and make fun of each other’s teams.”

No doubt, though, that the entire family will be united when Kayla Wedl takes the field for Athletes Unlimited.